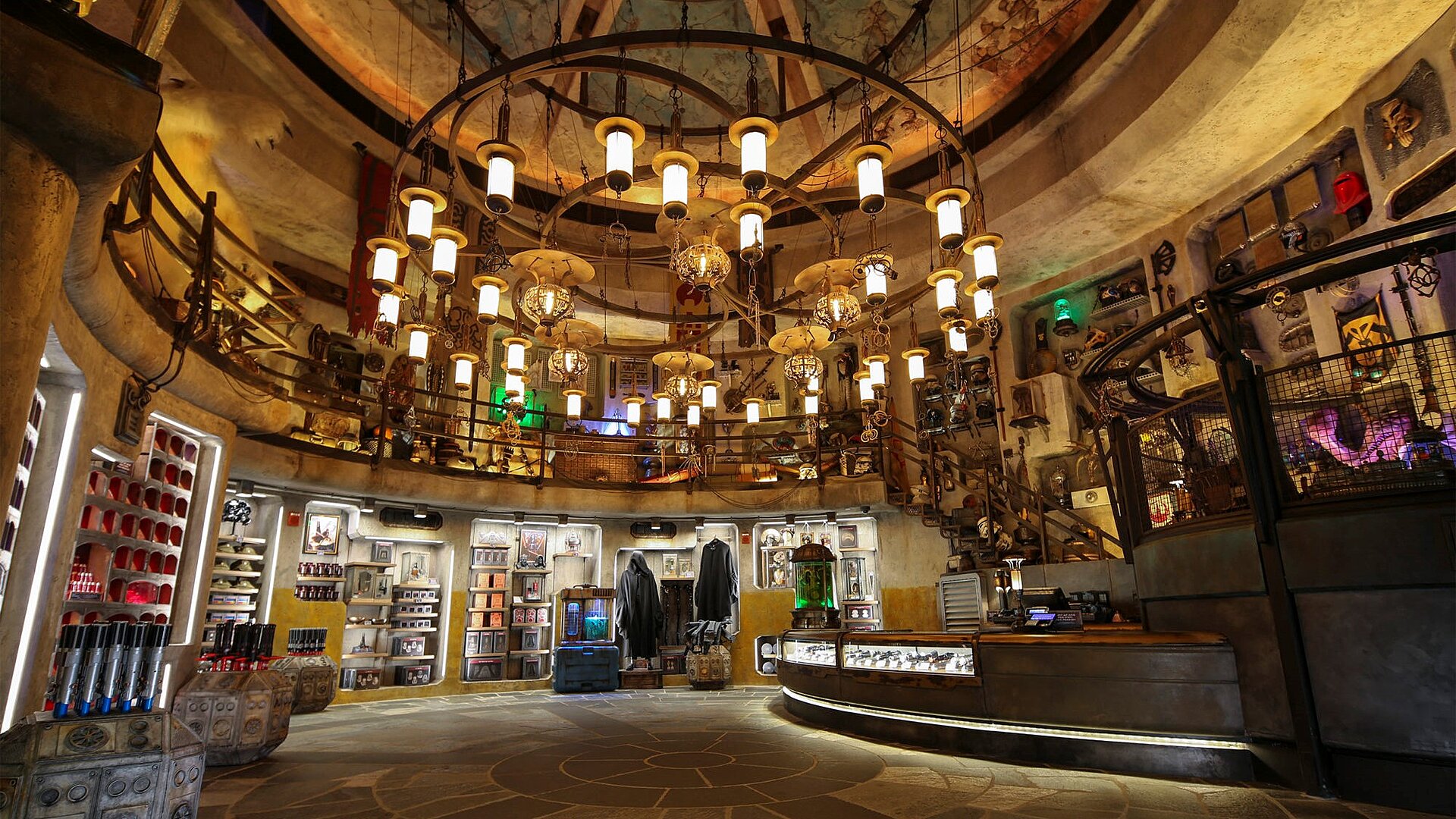 Known for its antiquities and relics from across the galaxy far, far away, Dok Ondar’s has been the center of attention for its replicas of lightsabers from both the Jedi and Sith. Located at Galaxy’s Edge in both Disneyland and Walt Disney World, fans are not just able to dream of Star Wars, but live it!

Whenever a new lightsaber releases in Dok’s, word travels as fast as the speed of light on the holonet (internet). A while back, Disney announced that the latest addition to Dok’s collection would be a replica of Cal Kestis’ lightsaber, releasing in Fall 2021. Unfortunately, we are now just weeks away from Winter and still no Cal. But, to our surprise, it seems another saber has been released in the meantime.

According to Twitter user @WondersofMagic, the Trading Post and Dok Ondar’s at Batuu West (Disneyland) released a new Shadow Maul legacy lightsaber that is shown in the final episodes of Season 7 of The Clone Wars (as shown below):

The hilt is $159.99 credits (dollars) and is meant to attach to the original Darth Maul hilt that has been previously released at Dok’s. Unfortunately, that hilt has been out of stock for some time at Batuu West and East, so, if you’re looking to complete the set, it may be a while before you’ll be able to do so.

One unique feature that sets this legacy hilt apart from others previously released is that it features a window into the soul of Kyber crystal:

Although it’s rather disappointing that we’re still waiting on the release of Cal Kestis, this most definitely is a nice surprise. Hopefully, this hilt makes its way to Batuu East sooner rather than later.

One last thing, supposedly there is a LIMITED quantity of the Shadow Maul hilt, according to a guest sheet posted in the downtown Disney Trading Post at Disneyland:

If you’re able to grab one, go for it. If not, the remaining sold may find a new home on eBay at astronomical prices just in time for the holidays. ‘Til the Spire, travelers! Best of luck on your journey!

What do you think of the Shadow Maul legacy hilt? Let us know in the comments below and or tag us on Twitter at @PlexReel!