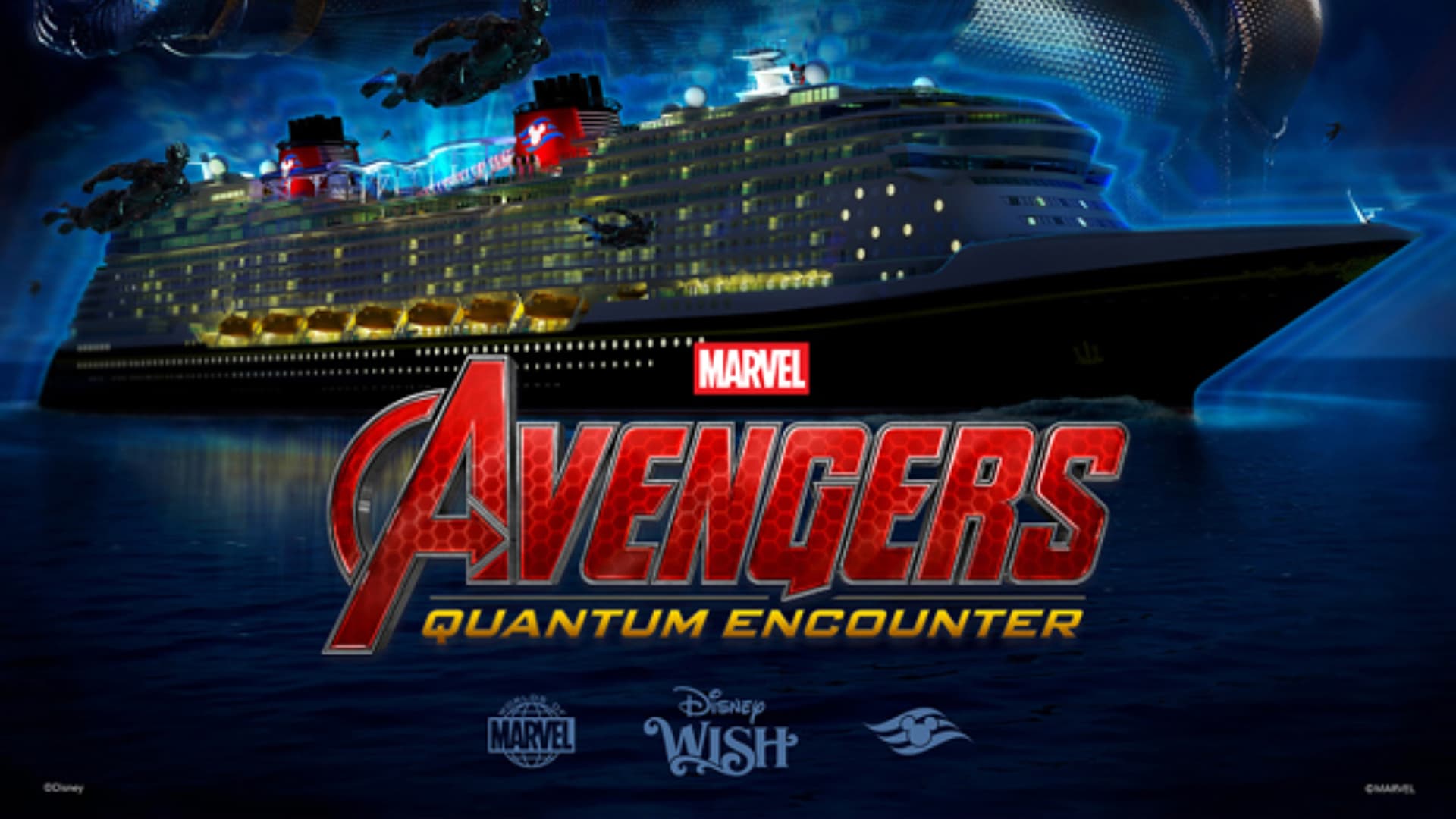 Disney Cruise Line just revealed new details about the enormous Avengers: Quantum Encounter spectacle they’re building for Worlds of Marvel, the fleet’s most ambitious dining experience ever, which will debut next summer aboard the Disney Wish. Some of the MCU’s biggest names are set to return for the show on the high seas.

Ant-Man is played by Paul Rudd, The Wasp is played by Evangeline Lilly, Captain America is played by Anthony Mackie, and Captain Marvel is played by Brie Larson. Kerry Condon will return as F.R.I.D.A.Y.’s voice, and actor Ross Marquand will give his evilly talented vocal performances to Ultron.

Ant-Man and the Wasp will be followed as they embark on their first public speaking engagement as representatives of the Avengers in Avengers: Quantum Encounter. They’re hosting a special presentation of the most powerful Super Hero technologies, including Captain America’s shield, Iron Man’s arc reactor, and Ant-Pym Man’s Particles, on the screens surrounding the room, giving the audience an up-close look at holographic models, field reports, and iconic scenes from the Marvel Cinematic Universe.

A hands-on display of the latest and best Pym Tech, the Quantum Core, which uses cutting-edge (and highly unstable) technology to shrink and enlarge targets at the push of a button, is the highlight of this special event. A few “misfires” may result in entertaining Ant-Man-style antics, but the real danger begins when an unexpected adversary arrives with a frightening army in tow, eager to obtain this incredible quantum technology.

To save the day, Ant-Man and The Wasp will need all the support they can get, so they’ll enlist the help of Captain America, Captain Marvel, and the heroic guests of the Disney Wish.

At Worlds of Marvel, each table will have its own Quantum Core, which is described asa brand-new device that can cause objects to shrink and grow remotely.” You’ll be assisting Ant-Man and The Wasp as they undertake some small-scale experimentation during supper. When enough Quantum Cores are engaged at the same time, energy bursts through the power channels in the walls and ceiling, supercharging the entire venue.