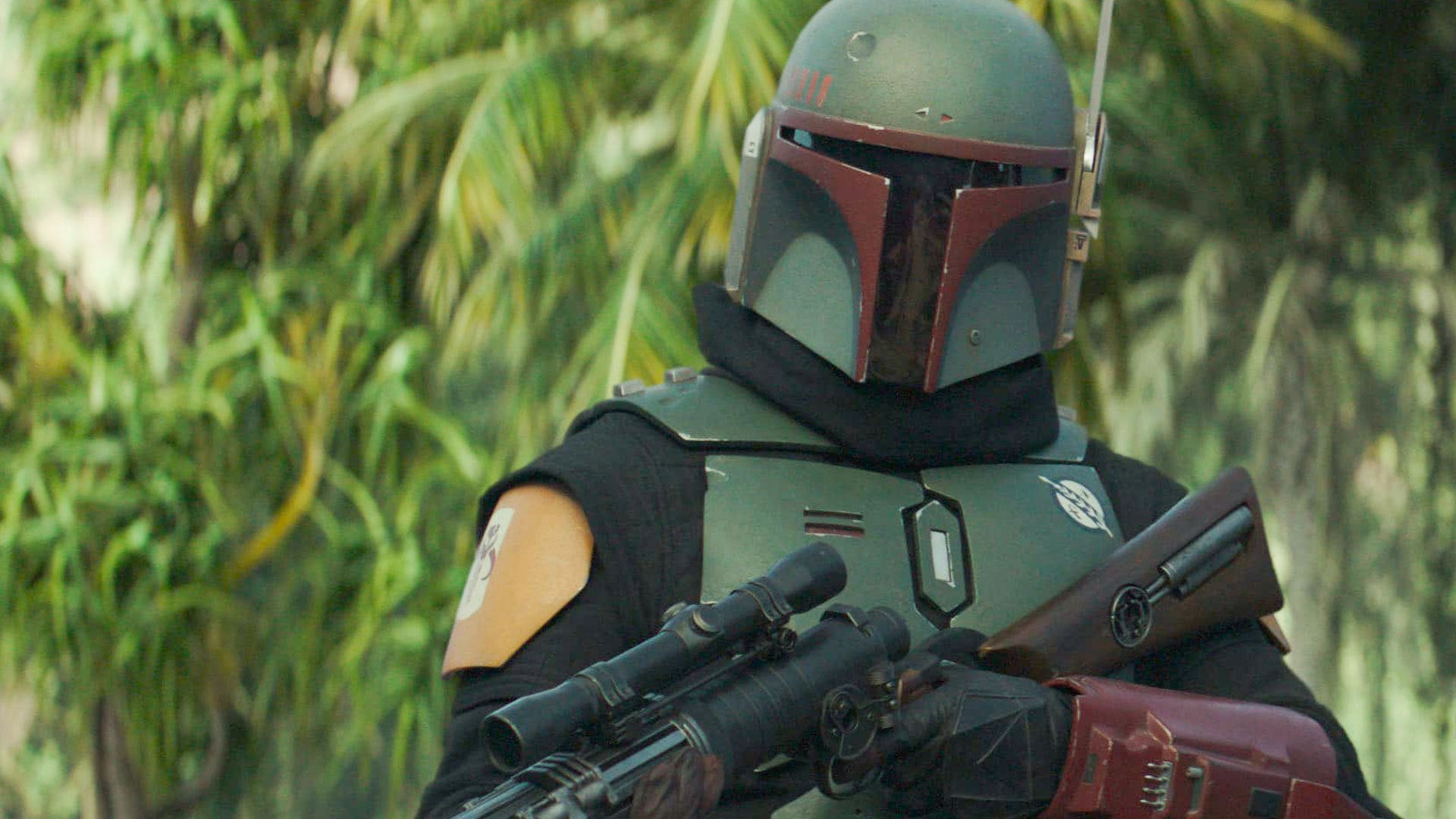 Disney+ has announced the title of a new special chronicling the history of Boba Fett, the durasteel-armored bounty hunter.

Scheduled to debut on November 12, the second anniversary of Disney+ Day, Under the Helmet: The Legacy of Boba Fett will familiarize the audience with the iconic character’s backstory.

Viewers were shocked when the fearsome combatant appeared in Season 2 of The Mandalorian. He was presumed dead after the events of Return of the Jedi when Han Solo knocked the Jango Fett clone into the Sarlaac Pit. Boba Fett’s survival and new partnership with Fennec Sand spawned a new spinoff, teased by a post-credit sequence seeing the duo’s take-over of Jabba the Hut’s former palace.

While Under the Helmet: The Legacy of Boba Fett is a retrospective to get fans up to speed on his origins, the trailer doesn’t leak plot details from the new series. Fans will have to wait until the Book of Boba Fett’s premiere to learn about his team’s plan for the outer rim of the galaxy.

Temeura Morrison, starring in the titular role, confirmed that the hotly anticipated show will not be solely focused on the character’s future as a crime boss, as inferred from the promotional poster showing Boba reclining on Jabba’s throne. Questions about his past will also be answered.

“Well, we can’t say too much, but we’re going to see his past and where he’s been since The Empire Strikes Back,” Morrison said. “Somebody pointed out he’s been kind of stuck in this one place, and now’s the time to actually go back in time and check out his journey and find out more about him.”

The Book of Boba Fett is its own stand-alone story, not the third season of The Mandalorian, according to showrunner Jon Favreau. That said, social media has been ablaze with excitement over the possibility of cameos by beloved characters. Since the new season of The Mandalorian is not scheduled to air until 2022, a guest-starring appearance by Din Djarin and The Child will placate fans hungry for a sighting of their favorite surrogate father and long-eared son.

Carl Weathers Confirms ‘The Mandalorian’ Season 3 is in Production