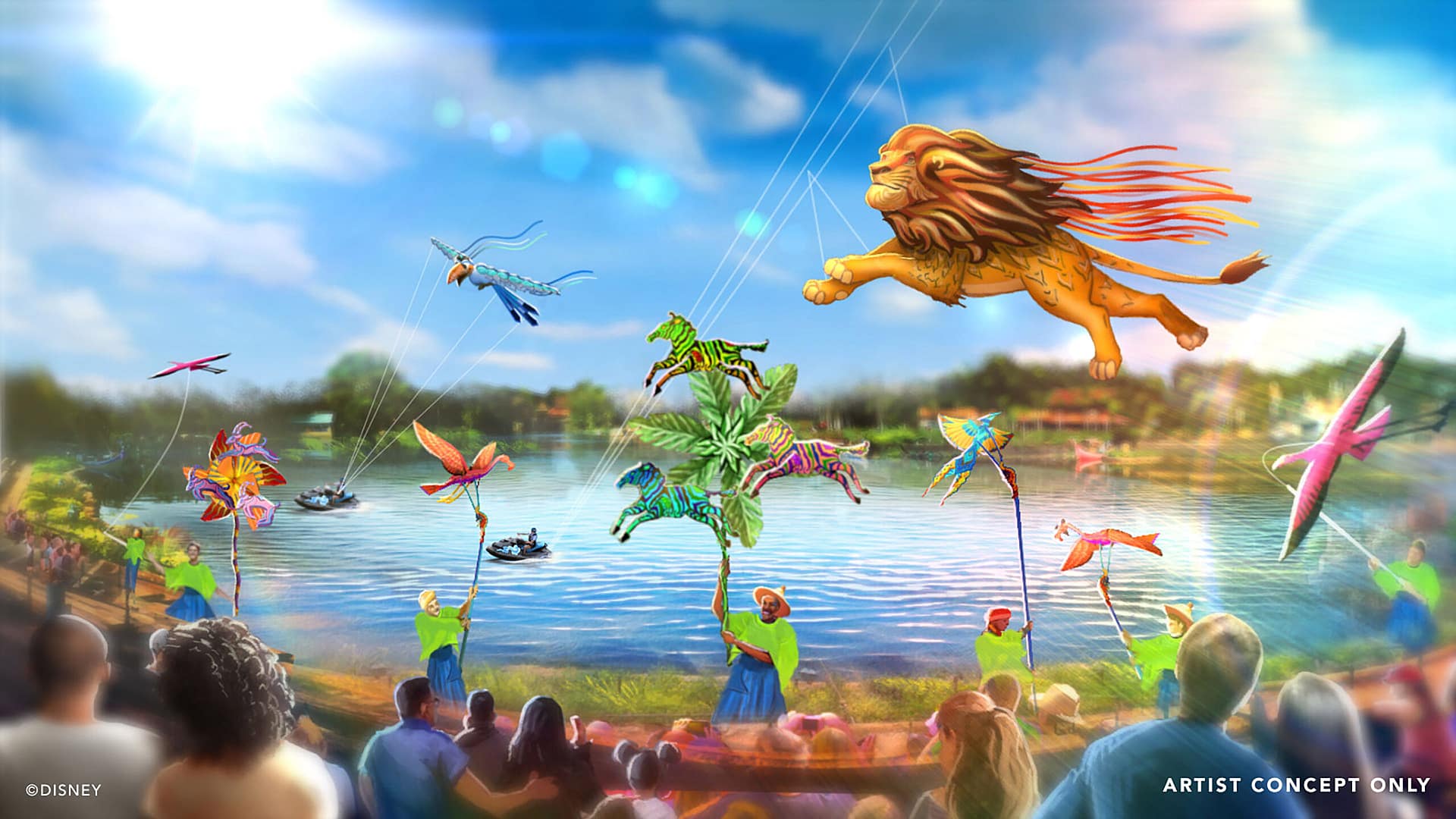 The terms “going viral” and “TikTok famous” are widely used nowadays. Events may be caught and shared with audiences all over the world because of instant access to social media. A startling new addition has been making waves online as part of the Walt Disney World Resort’s 50th anniversary celebration.

Even before the premiere of Disney KiteTails on October 1, Disney fans were already anxious about the new afternoon show. KiteTails, an aerial experience with Disney music that takes place over the waters of Discovery River Theater in the Disney Park, brings characters from The Jungle Book (1967) and The Lion King (1994) to life in an aerial experience. In theory, the show appears to be a perfect fit for the animal-themed Orlando theme park, but in reality, it has become a viral phenomenon for all the wrong reasons.

Many of the show’s guests have used TikTok to share clips from the show, as well as sound bites and subtitles. The KiteTails hashtag on the popular video-sharing app has over 4 million hits right now. Let’s take a look at how the daytime program has gone viral recently…

Simba takes flight, then crashes into the water before being brought back to the launch platform, according to PagingMrMorrow (@pagingmrmorrow).

One user commented: “Plot twist. It’s so bad it becomes the most popular show in Disney World”.

While the Disney KiteTails kites are intended to land in the stands, fans have exploited popular memes such as Sarah Paulson’s American Horror Story quip to add to the show’s humorous failures.

As you can see, this show is not a roaring success, unless you consider its trending fallacies to be. Hopefully, with Disney World’s 50th Anniversary in full swing, the show’s ops will be able to remedy the issues plaguing the show.

Did you see a TikTok reaction we didn’t mention? Let us know in the comments below and or share it with us on Twitter at @PlexReel!