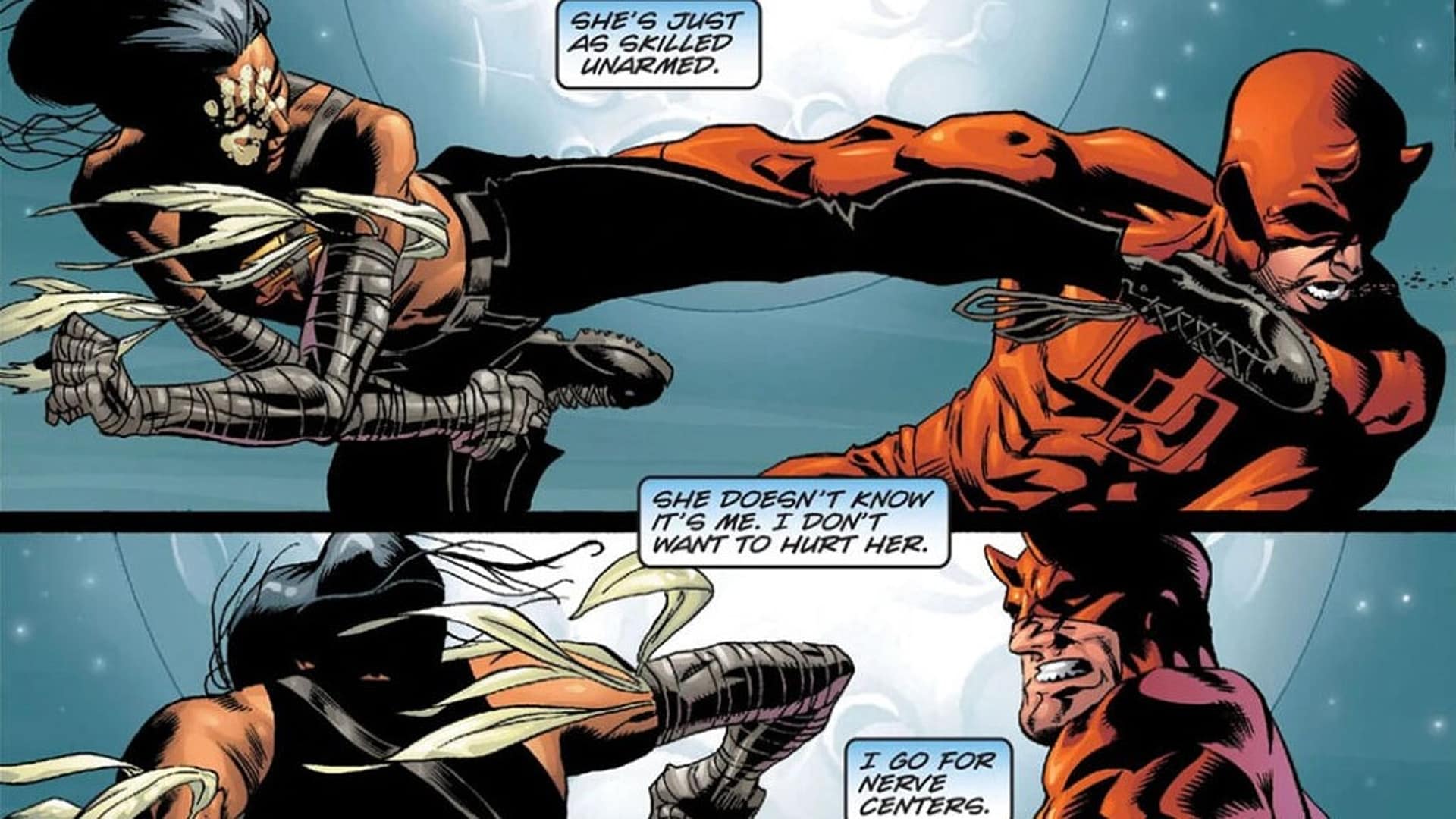 Hawkeye, Marvel Studios’ newest series, will premiere next month. Echo, played by Alaqua Cox, will make her Disney+ debut. Echo will also star in her own show, which will begin filming next year. Last week, rumors about the series began to heat up.

For those unfamiliar with Echo, she is a deaf Native American character who can precisely duplicate the motions of another person in battle. In a 1999 comic strip, she originally debuted alongside Daredevil. Cox will be the first live-action actor to portray the character. Her Daredevil connection could play a major part in her forthcoming series.

According to industry expert Daniel Richtman, the show might be a soft reboot for Netflix’s Daredevil series and its cast of characters. We already know that Charlie Cox will reprise his role as Matt Murdock in Spider-Man: No Way Home, and there are whispers that Vincent D’Onofrio’s Kingpin will appear with Echo in Hawkeye:

“There is a plan to give Daredevil his own project again down the line with Cox but for now the Echo show will serve as sort of Daredevil season 4 with most of the main cast of Daredevil returning. To be clear this is still very much Echo’s show. When I say it’s gonna feel like season 4 of Daredevil It’s because we’ll get to see all these characters from that show coming back and play big parts in it. BUT Echo is still the lead and it’s her show. Also another thing that is important to note is the characters will be somewhat soft rebooted into the MCU but will still have a history with one another. So they’ll look somewhat different with a bit of different backgrounds but still played by the same actors.”

Etan and Emily Cohen will write and executive produce the Echo series for Disney+. Production will begin in January, with the goal of having it finished by the second half of 2022.