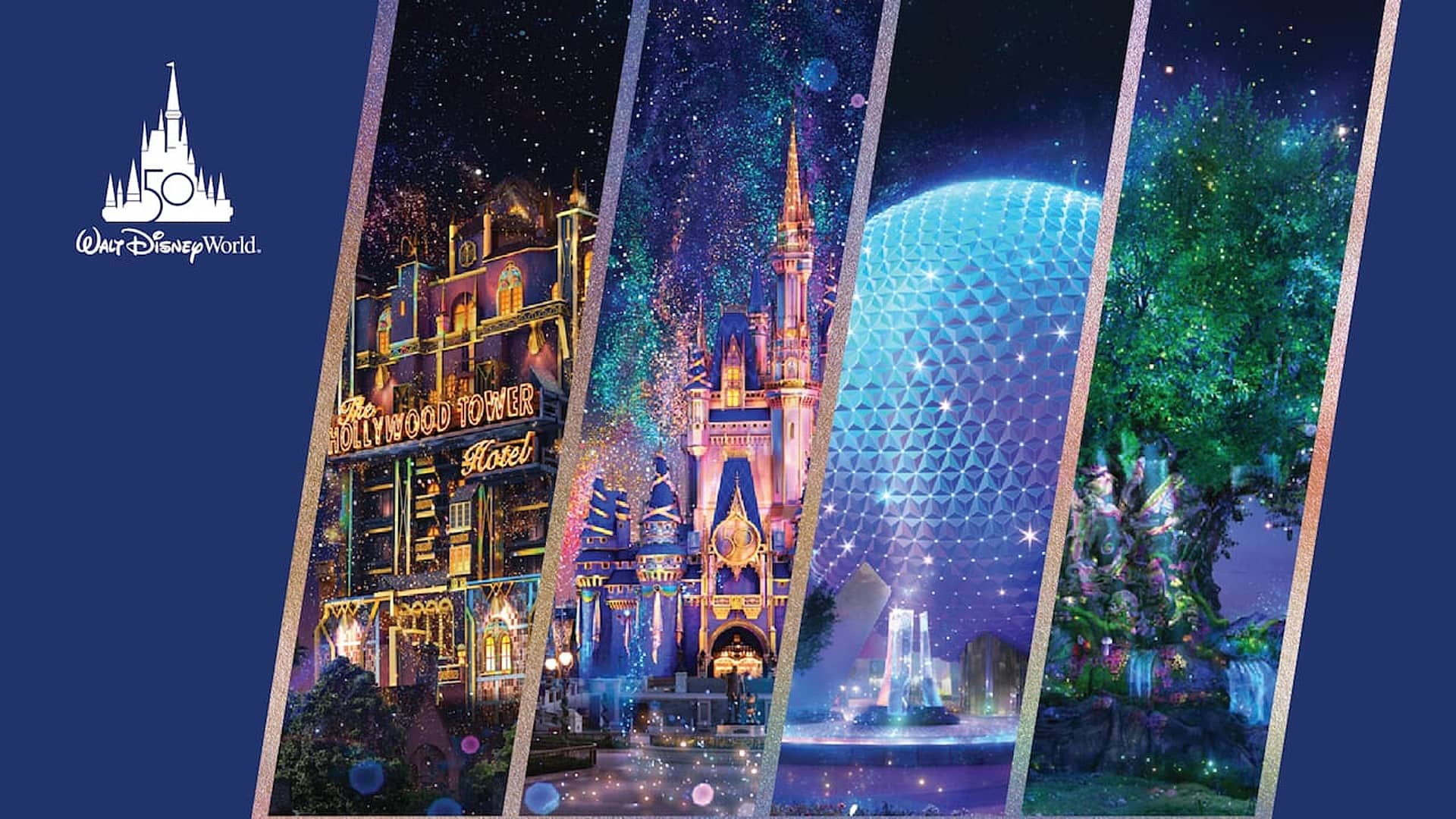 Disney World is celebrating its 50th Anniversary with a plethora of magical new announcements that are sure to make dreamers of all ages the happiest people on earth! From new MagicBands to Star Wars: Galactic Starcruiser opening its portals to transporting guests to a galaxy far, far away, there is so much to look forward to on your next adventure at Walt Disney World!

The new MagicBand will allow guests to participate in interactive experiences around the Walt Disney World theme parks, such as the Fab 50 statues, Star Wars: Galaxy’s Edge, and nighttime spectaculars!

Since its beginnings nearly a century ago, The Walt Disney Company has been committed to innovation. “We’ll always be introducing and testing and demonstrating new materials and new systems,” Walt Disney once declared. Next year, when Walt Disney World Resort introduces MagicBand+, the next-generation wearable technology, that promise will be fulfilled once more.

MagicBand+ will come alive at different times when you enter a theme park, with color-changing lights, haptic vibrations, and gesture detection. The wearable will provide you new ways to interact with your favorite Disney moments, such as:

Beginning next year, MagicBand+ will be available for purchase, with a special pre-arrival price for Disney Resort hotel guests and new and renewing Walt Disney World Annual Passholders. Current MagicBands will also be accessible, as will the complementary Disney MagicMobile service, which extends MagicBand functions to smart devices, such as park entry.

MagicBand+ will immerse you in Disney stories and allow you to engage with your favorite characters like never before.

Beginning October 28, Star Wars: Galactic Starcruiser bookings will open to the public with the Halcyon departing for its first voyages on March 1, 2022.

Guests will check into the hotel like they would any other, but it is touted as being unlike anything else developed by Disney. When you check in for your two-night voyage at Walt Disney World’s Galactic Starcruiser Terminal, the fun begins.

After checking into the hotel, you’ll board a launch pod and shoot off into space, where you’ll meet up with the Halcyon, the spacecraft you’ll be spending the next two nights aboard. You can see yourself leaving the actual world behind as you jump into hyperspace and get closer to the Halcyon through the windows above.

When the Launch Pod docks with the Halcyon and the airlock opens, you’ll go into the Atrium on the ship’s main deck to begin your voyage across a galaxy far, far away.

A trip onboard the Halcyon turns into a multi-day adventure involving members of the crew, other passengers, well-known Star Wars characters, and a trip to Disney’s Hollywood Studios’ Star Wars: Galaxy’s Edge.

Visiting the starcruiser’s Bridge to learn about ship systems and how to handle them, such as navigation and defense – abilities that will come in handy on a journey through this exciting galaxy.

The Engineering Room, for example, is a crew-only portion of the ship where passengers can peek inside and learn about the ship’s inner workings.

Guests can also learn how to use a lightsaber! While wielding a lightsaber and battling a training remote, you might uncover your own connection to the Force.

Of course, there won’t be just all action. There will be enough time to visit The Sublight Lounge, a welcoming haven for passengers of all ages.

Guests will also be able to enjoy lavish meals in the main restaurant, which are included in their stay. Guests may even be treated to an unearthly supper show at night.

The Halcyon’s windows, including those in each cabin, have a view of the galaxy beyond, with ever-changing landscapes as the ship travels from place to place.

Guardians of the Galaxy: Cosmic Rewind

Disney has confirmed what has long been suspected: Guardians of the Galaxy: Cosmic Rewind will not debut until 2022. This indicates that the attraction will open after the 50th Anniversary of Walt Disney World, rather than before it. There was no specific date mentioned.

Additionally, Imagineer Zach Riddley has revealed the new name for the previous Universe of Energy pavilion, following the announcement that the Guardians of the Galaxy: Cosmic Rewind attraction will be postponed until 2022.

The Guardians of the Galaxy: Cosmic Rewind attraction replaces the previous Universe of Energy and Ellen’s Energy Adventure attractions, as many Disney fans are aware. When Cosmic Rewind opens in 2022, Disney will have destroyed the original Universe of Energy structure and fully refurbished the interior, which will largely be used as line space. The main attraction will take place in an auxiliary building that was erected from the ground up and took over an empty woodland region.

The Wonders of Xandar pavilion, according to Riddley, will house a Galaxarium — a chamber that will contain a planetarium-style exhibition in which the Xandarians show us their world, their people, and their amazing technologies. The Wonders of Xandar, according to Imagineers, is EPCOT’s first “other-world” showcase pavilion, a play on the current World Showcase moniker.

For the latest on Walt Disney World’s 50th Anniversary celebration, keep coming back to us here at PlexReel.com as we continue to bring you the latest Disney Parks news and announcements!