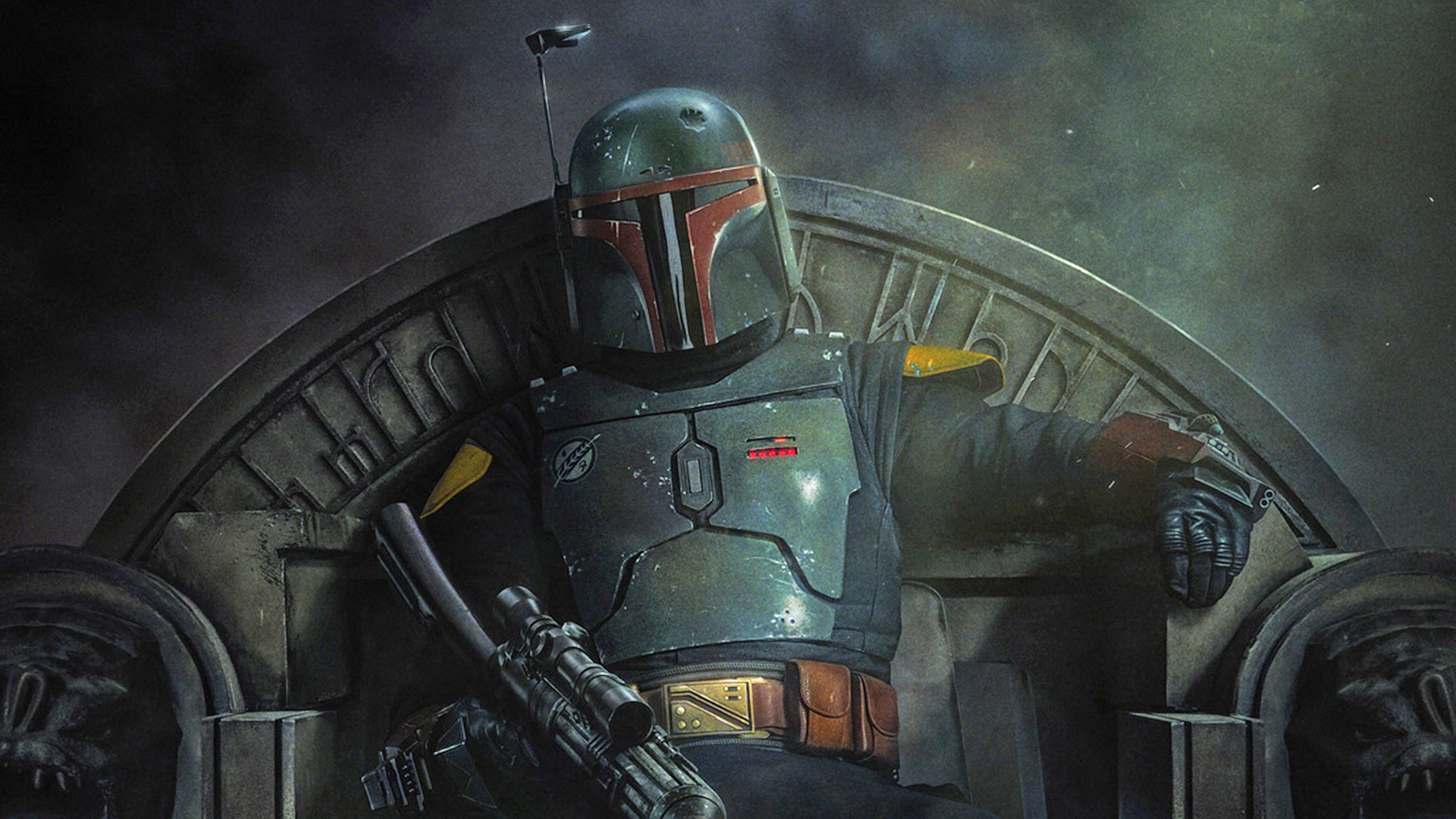 With The Mandalorian ending last year, it’s been a long time since Star Wars fans have had a live-action entry in the franchise. The Bad Batch and Star Wars: Visions were both released in the past few months, so it hasn’t been utterly desolate.

Although fans are aware that Boba Fett will have his own spin-off show called The Book of Boba Fett, little is known about the series or its story. In fact, before today, viewers had not seen a single glimpse of the show or had any idea when it would premiere on Disney+ — until now.

The Book of Boba Fett has received a brand-new poster from Lucasfilm, which depicts the eponymous character sitting on his throne.

The new Disney+ series will premiere on Wednesday, December 29th, according to the poster.

A summary of the show was also included in the reveal, which hints Boba Fett “stak[ing] their claim on the territory once ruled by Jabba the Hutt:”

“The Book of Boba Fett, a thrilling Star Wars adventure, finds legendary bounty hunter Boba Fett and mercenary Fennec Shand navigating the galaxy’s underworld when they return to the sands of Tatooine to stake their claim on the territory once ruled by Jabba the Hutt and his crime syndicate.”

The following is the poster for The Book of Boba Fett:

Related Topics:Disney+LucasfilmNewsStar WarsThe Book of Boba Fett
Up Next