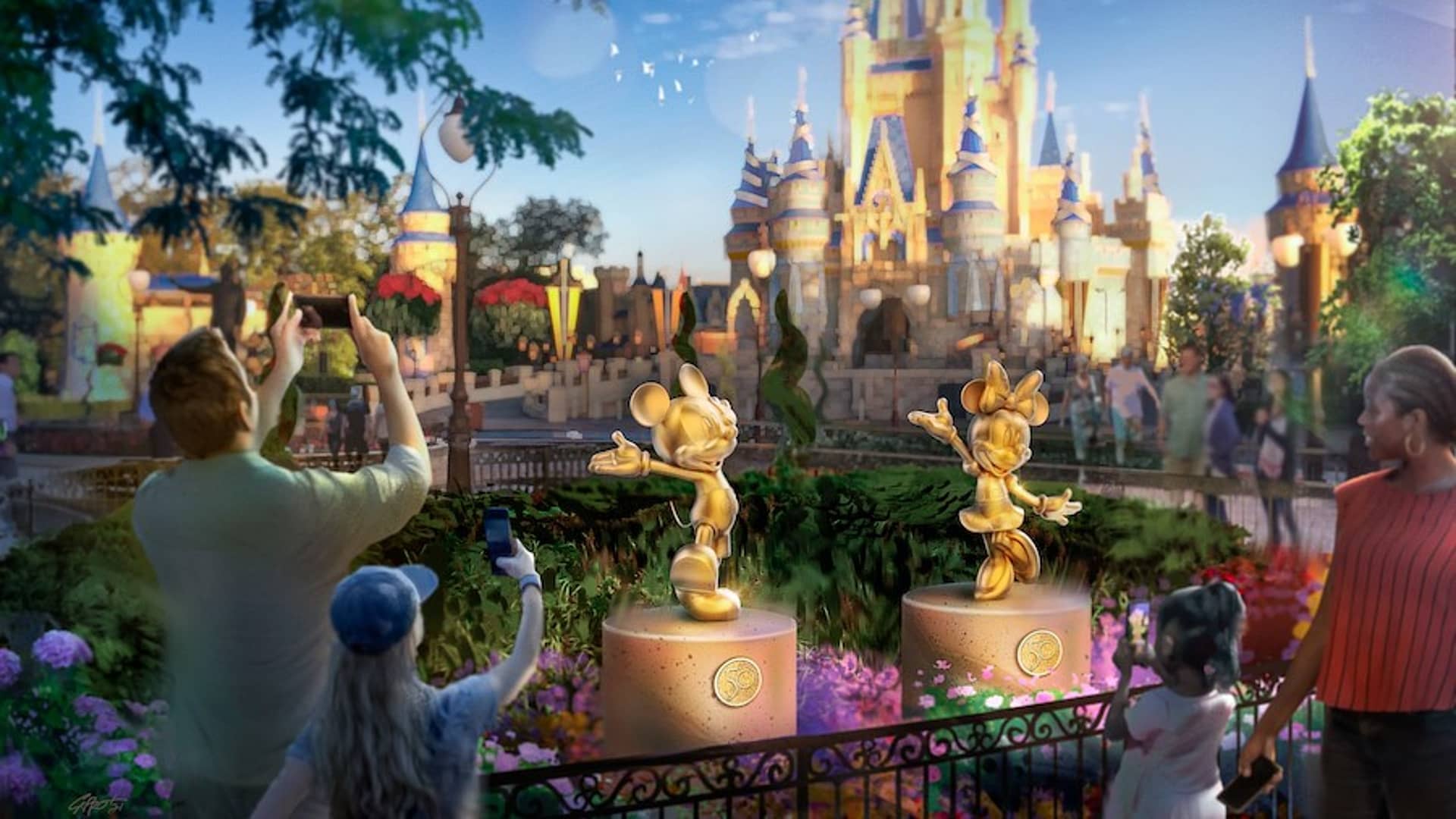 Disney has been slowly revealing which characters will be featured in the Disney Fab 50 Character Collection statues, and Imagineers installed some of them overnight at Magic Kingdom this morning, much to our surprise!

Walt Disney Imagineering took to Instagram this morning to share photos of some of the new statues that arrived at Magic Kingdom this morning — Chip and Dale, Mickey, Minnie, Donald, Daisy, Goofy, and Pluto:

Character statues will also be installed at Disney’s other theme parks, Animal Kingdom, EPCOT, and Hollywood Studios. Look for Timon and Pumbaa from Disney’s The Lion King, Woody and Bo Peep from the Toy Story franchise, the iconic Orange Bird, R2-D2 from Star Wars, the Cheshire Cat from Alice in Wonderland, and more!

Guests can also look for other character statues at Magic Kingdom, such as Tinker Bell, Winnie the Pooh, and Piglet! Let us know if you find any of the Disney Fab 50 Character Collection statues in the comments below and or tag us on Twitter at @PlexReel!