Walking Robots May Be the Future of Disney Parks 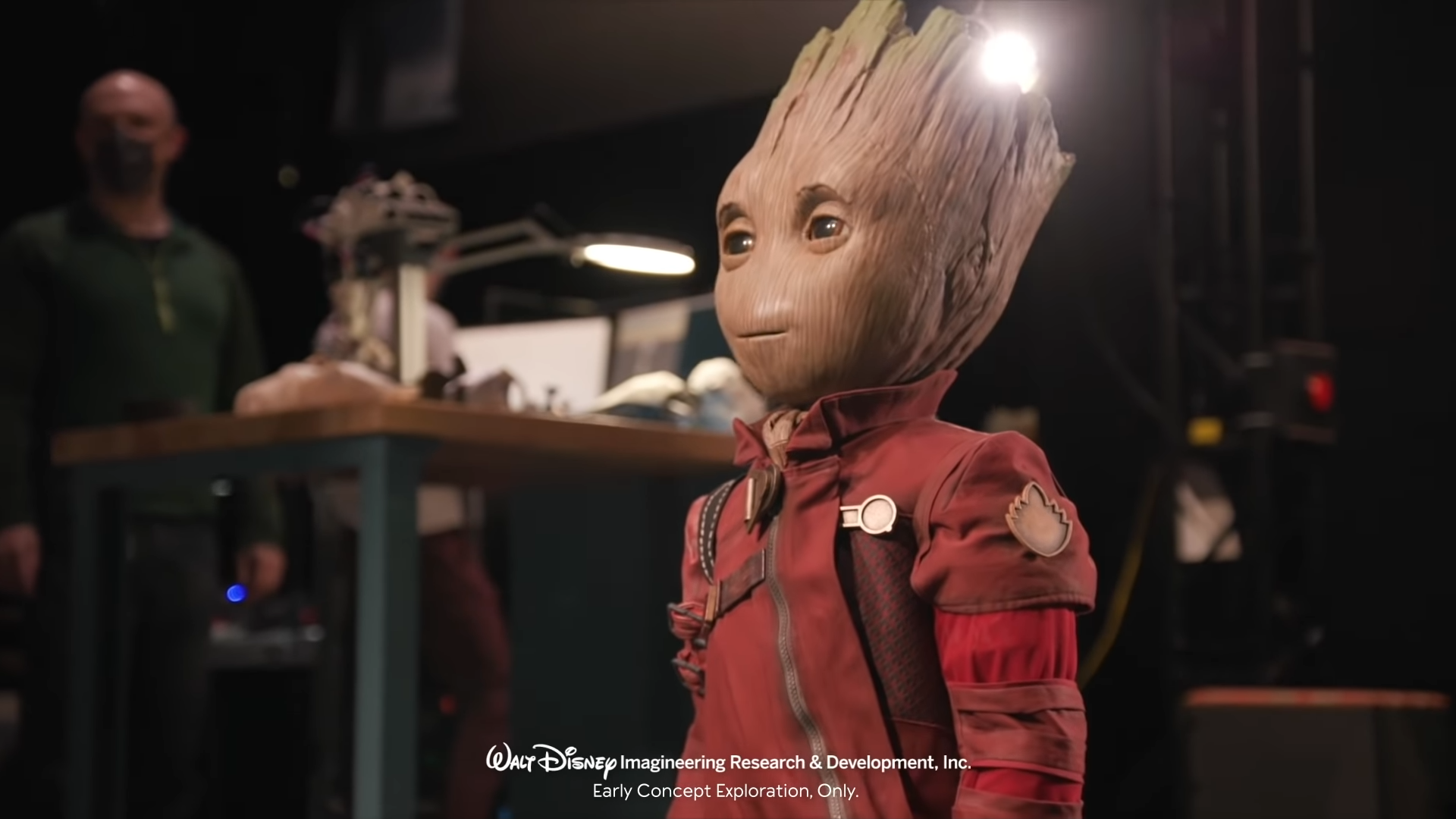 While Walt Disney’s Carousel of Progress quickly became the hallmark of innovation, the future of walking animatronics may soon “enhance” the Disney Park experience for guests.

Brooks Barnes wrote an intriguing piece for The New York Times about tracking down “Groot” and playing with the child-size robot version of the Marvel hero at a warehouse in Glendale, California.

“He was about three feet tall and ambled toward me with wide eyes, as if he had discovered a mysterious new life form. He looked me up and down and introduced himself,” wrote Barnes, penning a story many people still can’t fathom. “When I remained silent, his demeanor changed. His shoulders slumped, and he seemed to look at me with puppy dog eyes. ‘Don’t be sad,’ I blurted out. He grinned and broke into a little dance before balancing on one foot with outstretched arms.”

The beauty of this new technology is that it holds fast to this ever-endearing message from Walt Disney:

“[Disney Parks] will never be completed. It will continue to grow as long as there is imagination left in the world.”

You know, it’s also “…kind of fun to do the impossible…”

While we’ll never know exactly what Disney would think about this new lifelike interactive experience for guests, my guess is that Walt would dig it and would’ve pushed for this kind of extraordinary innovation sooner.

Disney’s Imagineering team is truly one of Walt’s most inspired works where imagination becomes a reality.

“A new trend that is coming into our animatronics is a level of intelligence. More believable. More outrageous. This guy (Groot robot) represents our future. It’s part of how we stay relevant.”

Relevance was always at the core of Walt Disney’s decision-making because it involves people. If you keep the parks relevant, people will want to visit and become part of the story.

“You can design and create, and build the most wonderful place in the world. But it takes people to make the dream a reality.”

In conclusion, Disney Parks Josh D’Amaro had a prescient quote:

Check out this brief glimpse of robot Groot as he paves the way for the future of Disney Parks!