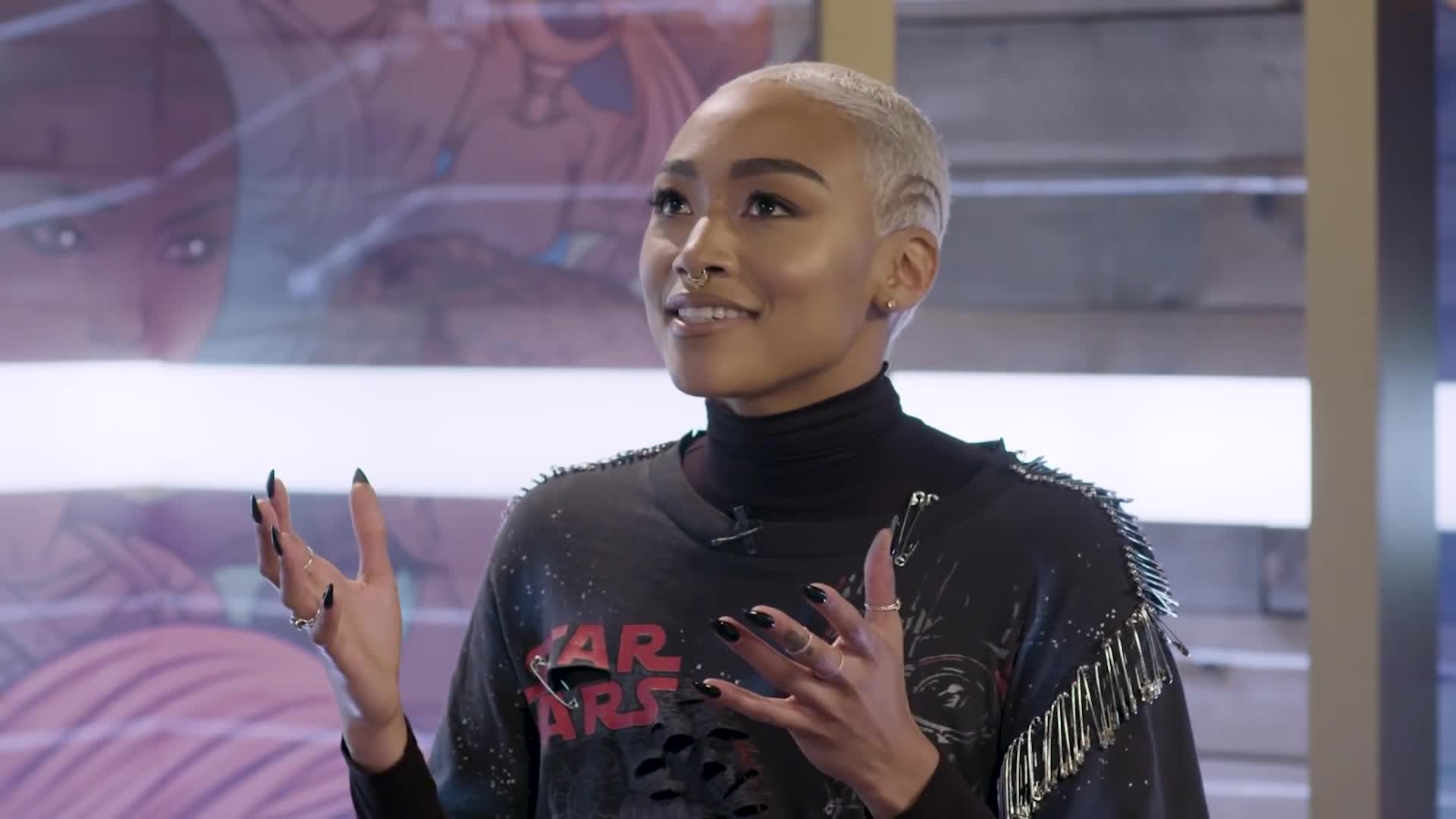 Several names were reported earlier this month as being on the shortlist for the Mandalorian fan-favorite role of Sabine Wren in the upcoming Ahsoka Disney+ series.

The shortlist included Lana Condor (X-Men: Apocalypse), Havana Rose Liu (Mayday), and Tati Gabrielle (The Chilling Adventures of Sabrina) with the latter being a noticeable standout among the rest.

According to a new report from Knight Edge Media, Tati Gabrielle has reportedly been shortlisted as the frontrunner for the role of Sabine Wren.

Gabrielle has supposedly been Lucasfilm’s favorite for quite some time so it’s a no-brainer that she’s just one step away from bringing the beloved Rebels character into the live-action realm of Star Wars.

The Ahsoka series will see the return of Rosario Dawson as Ahsoka Tano with Aladdin (2019) actor Mena Massoud cast as Ezra Bridger. Another exciting addition to the series is that Thrawn voice actor Lars Mikkelsen has reportedly been tapped to portray his animated villain (Thrawn) in the live-action Star Wars series.

Ahsoka is being developed by Jon Favreau and Dave Filoni and is expected to release in 2022 on Disney+.