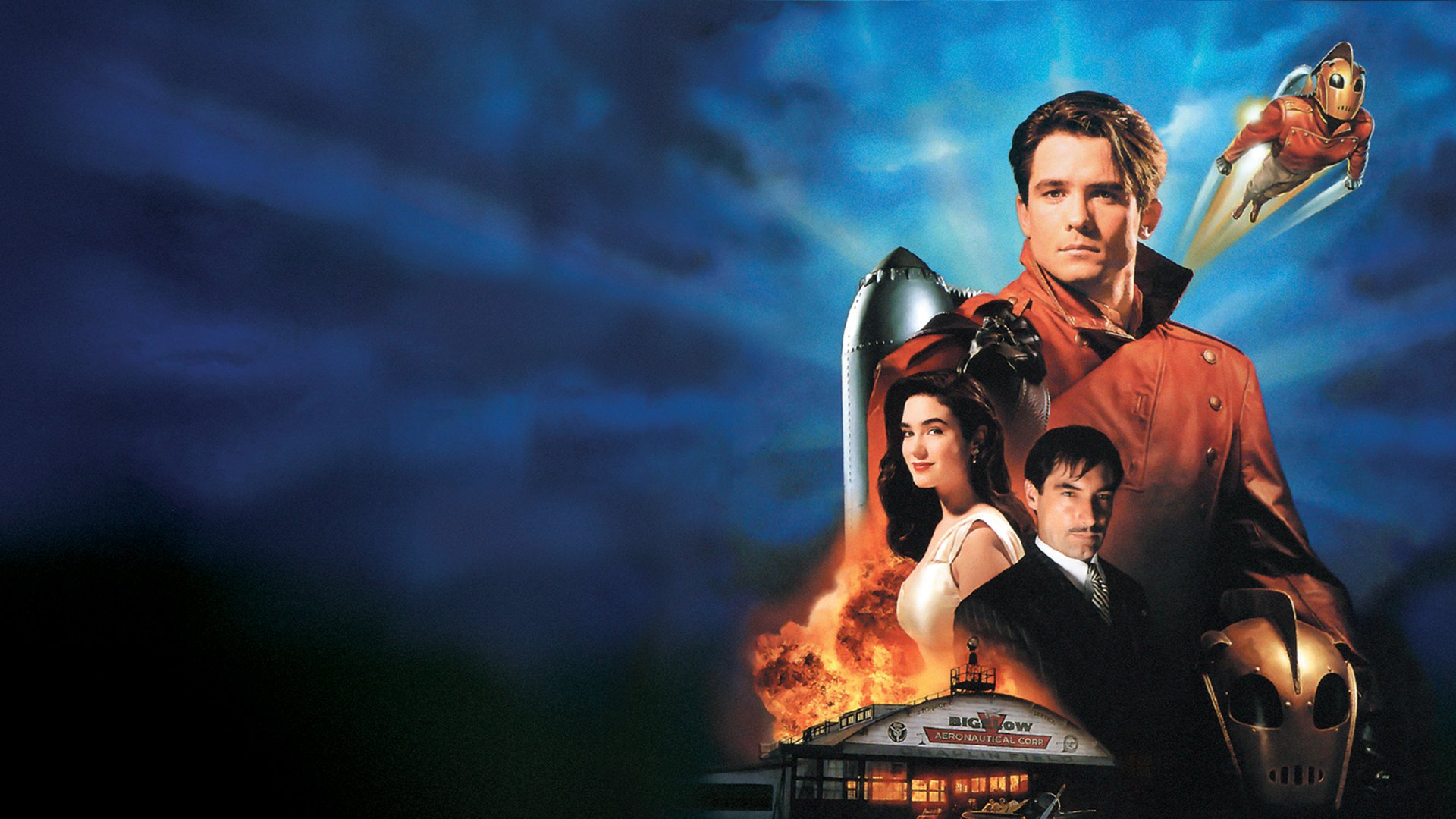 At the risk of becoming a sort of nostalgic critic, I feel the need to tell you about my recent rewatch of the 90s forgotten jewel, The Rocketeer. Why? Well, because it’s one of those films that I have trouble understanding why it did not become a bigger classic, mostly because it has everything it needs to be a good time for the whole family.

The Rocketeer tells the story of a young man who is accidentally left with some innovative Howard Hughes technology: an awesome-looking jetpack and he uses it to fight bad guys in the 1930s LA film industry. It’s a pretty simple premise, really, but many of the best adventure films are. In that sense, the sheer imagination and unpretentiousness that are featured in the film make it feel like a true oddity, especially when compared to other similar films in our era (looking at you, Jungle Cruise).

The movie is such a mashup of superhero movies, the serials that inspired films like Star Wars and Indiana Jones (including the addition of Nazi bad guys), that I was surprised that I did not see George Lucas or Steven Spielberg’s names come up in the credits as EPs. Because of course, this movie is going for the same kind of magic that characterized those two filmmakers in the 70s, 80s, and 90s, with the only difference being that this one did not leave such a big mark on pop culture.

As I said before, I don’t get why that happened, especially when I see Timothy Dalton’s fantastic portrayal of the villain, Neville Sinclair. Dalton easily steals every single scene he’s in, and he gets a chance to shine and remind us why he’s definitely the most underrated actor to ever play James Bond. Notwithstanding, Dalton’s performance does have a negative side because he ends up offsetting Billy Campbell’s somewhat wooden turn as the titular hero. Campbell has the physicality and talent to have done way better, but a more charismatic hero would’ve definitely helped.

Another great part of the film is the practical effects, especially those involving real racing airplanes. There’s something truly special when we get to see those kinds of things being done practically because our millennial brains have probably been too trained to expect CGI effects for things like that.

Guys, The Rocketeer is a great film, and you can watch it on Disney+ if you’re looking for something light and fun. It’s an adventure film, not too different from your favorites, and a charming look at an older era of Hollywood that I would love to see again.

Related Topics:DisneyNewsReviewsThe Rocketeer
Up Next