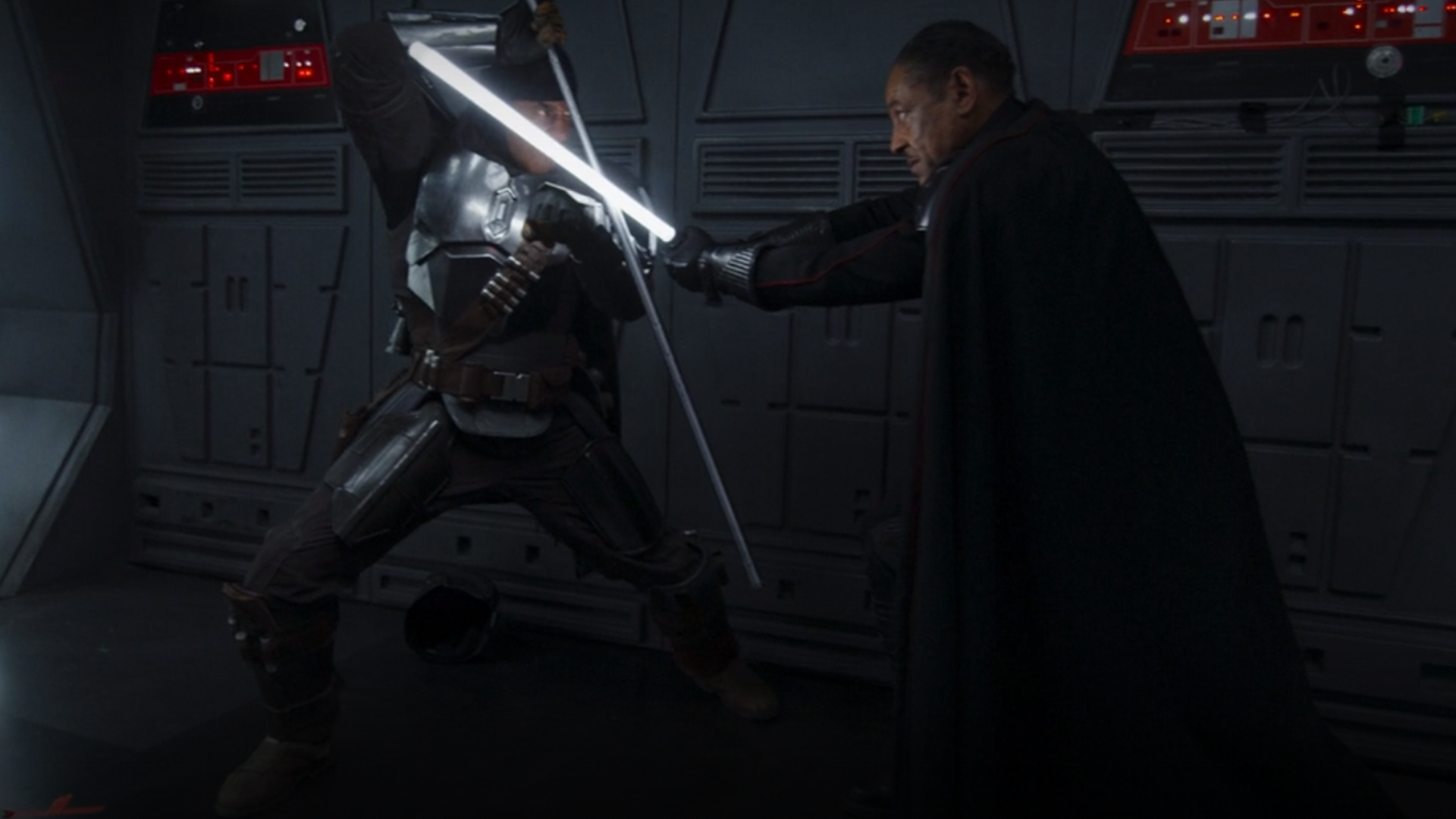 The Mandalorian stunt actor, Lateef Crowder, was nominated for his work in the season 2 finale of the Disney+ series, titled “Chapter 16: The Rescue.” Crowder has been an integral part of the series since its beginning as he played the titular character, Din Djarin, in the very first episode.

In the season finale, Din Djarin (played by Crowder) clashes with Giancarlo Esposito’s Moff Gideon in an epic duel with the Darksaber. Crowder trained for a month and used his background in the Brazilian martial arts technique called capoeira to prepare for the scene.

According to Variety, Crowder practiced for the scene using a bamboo stick but used the “real” Darksaber when filming. Crowder described the intensity of filming the scene:

“[We] were utterly exhausted [by the filming of that sequence], but we made it out alive. Those that were there will remember the tension and real danger involved in that fight — just ask the darksabers,” he says. “We did everything we could to keep it safe.”

The pairing of practical effects and stunt work created a sense of realism as opposed to relying on CGI. This was necessary since it was the first live-action lightsaber duel featuring Darksaber, which is an important weapon in the Star Wars lore.

The 73rd Emmy Award show will premiere on Sunday, September 19th, 2021. We’re excited to see that the stunt performers are finally being recognized for their hard work and amazing talent!

Will you be tuning into the Emmys this year? Let us know in the comments below or tag us on Twitter at @PlexReel!