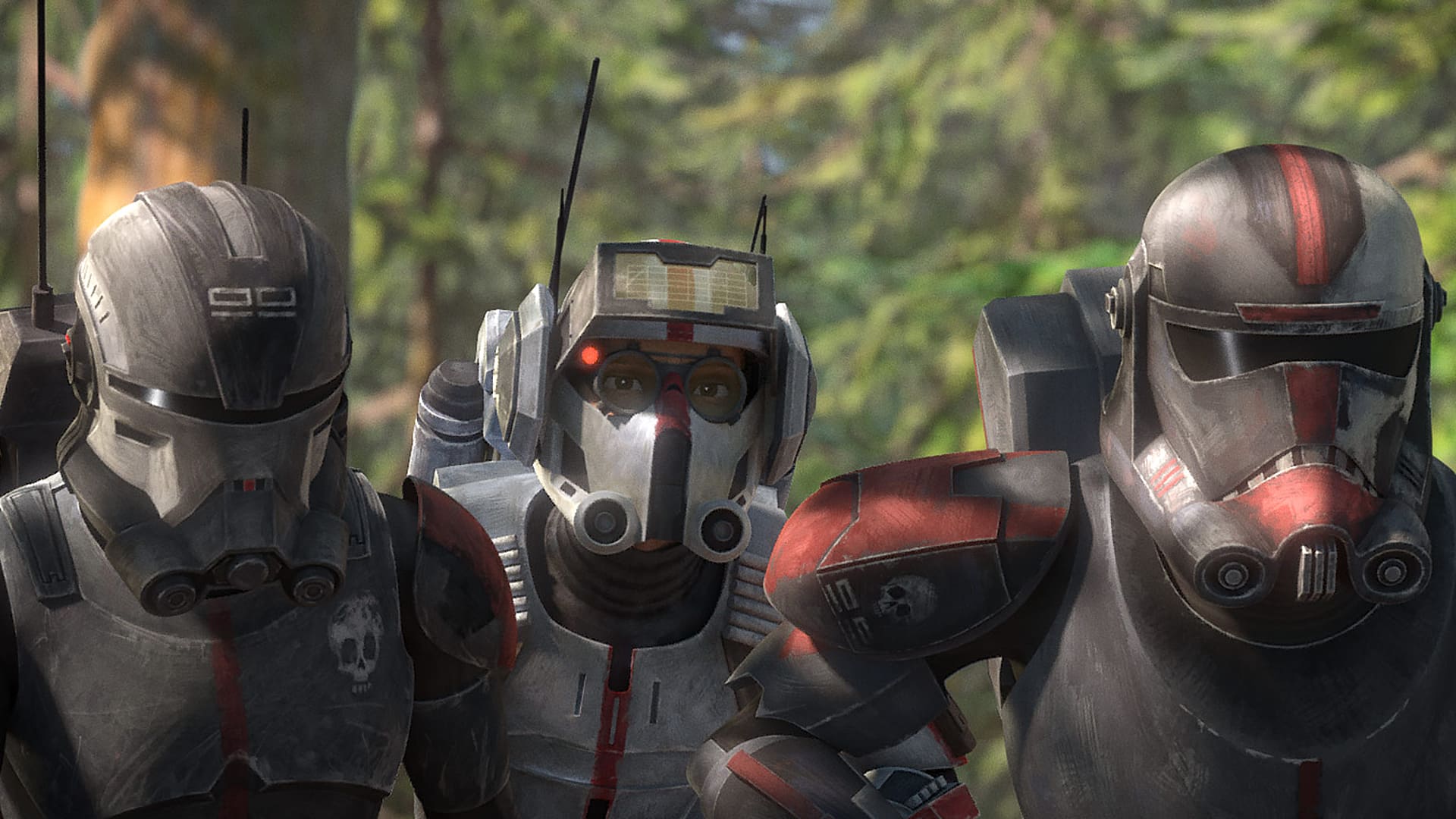 That’s right, I’m reviewing two episodes of The Bad Batch in this article to get ready for the upcoming fifteenth episode! The new Star Wars animated series seems to be gearing up towards an interesting finale, and I literally can’t wait to see how it all goes down. However, let’s first get through these episodes to see how they help shape this show as a whole.

First, there’s Infested, which I think(?) will be the last sort of standalone adventure this show has going for it. In it, the Batch has to help Cid sabotage smuggler Roland Durand, who has taken over her business. In doing so, they must avoid hoards of creatures underground called Irlings. It’s an enjoyable story that might not contribute heavily to the main story threads, but it has its moments. The further exploration of the underworld of the galaxy is cool, and you have a few suspenseful moments. Overall, it’s pretty filler, but it’s hardly a terrible story, and there’s enough to be invested in, so I enjoyed it!

The better episode for me was War-Mantle, which ends with a cliffhanger for the finale. This time, the Batch is sent by Rex to go and save Gregor (a popular Clone Wars and Rebels character) from the Empire, which he has deserted. To me, this episode wasn’t only engaging with its action and characters but did a great job of showing the gradual but noticeable changes from the Republic to the Empire. A majority of the episode takes place on a new Imperial army base, and it’s stylized quite similar to the Death Star, and the troopers are starting to get armor akin to the classic Stormtrooper look. There is a select couple of moments during the escape from the base where elements of John Williams’s Imperial music can be heard! These are nice ways to move the timeline along and tie this piece of media to the larger series. The ending is also interesting, leaving several unanswered questions, and a meeting of Hunter and Crosshair that could go badly!

To conclude, The Bad Batch has only two episodes left, but it’s going to be a wild ride! It seems that we are now going to get into the finer elements of the main story, and I’m beyond intrigued to see how our heroes will fare against their former friend and the galactic power he stands behind. Get ready, for I predict it’s going to be shocking!