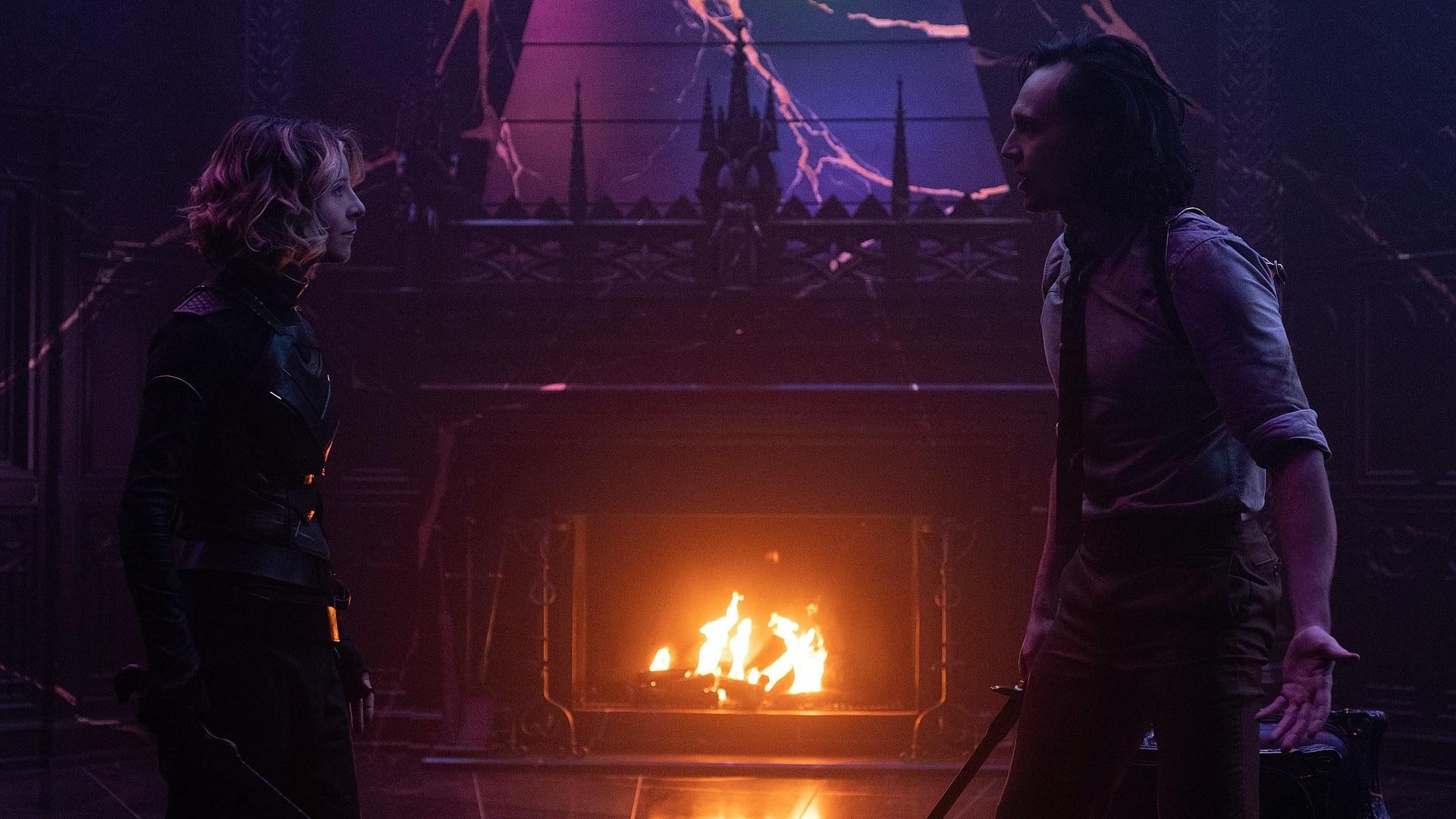 I haven’t been hyped for a finale like Loki‘s since The Mandalorian, but I was in for one last surprising ride as the end of the MCU’s third series came! Director Kate Herron has delivered a satisfying finale that not only concludes a wonderful six-episode story but also teases wondrous possibilities to come and prove to have perhaps had a larger effect on the existing continuity of the MCU!

The finale to Loki is not as action-based as one might expect, but the dialogue is more prominent. Nevertheless, it never lost my attention. Hiddleston and Di Martino continue to be perfect for Loki and Sylvie, and their relationship took a turn that I think showed true growth on Loki’s part, while also keeping true to what made Sylvie so compelling in her quest for revenge against the TVA. The other main addition to the show was Johnathan Majors, who play He Who Remains, a variant of Marvel villain Kang the Conqueror. Revealed to be behind the TVA every step of the way, Majors is brilliant in every scene he’s in. He’s somewhat ruthless, charming, stern, and campy all at the same time. A combo like that might not seem to work, but he pulls it off with really admirable ease. His motivations make sense, and the ultimate conundrum that he proposes that rips Sylvie and Loki apart is beautifully constructed. All three performances are some of the best in the entire MCU, and I don’t think anyone can convince me otherwise!

What’s more intriguing about Loki, though, is all the opportunities it opens up for the MCU. The concept of the Multiverse is put out into the open fully for the first time, and with the fate of it now in the balance, it’s going to affect tons of upcoming MCU projects. We already know that the upcoming Spider-Man: No Way Home and Doctor Strange in the Multiverse of Madness will be dealing with the various realms and consequences of the multiverse, and by setting up Kang as being “the one behind it all”, it looks like he might be the successor to Thanos as the next big bad of the MCU. Loki‘s set up for all of this is well earned, but I also appreciate that it didn’t sacrifice all of this work on Loki’s character for all of this setup. It never lost focus on the main character, and still managed to set up another few years of potentially great content. I also loved the cliffhanger at the end. The change to the TVA should prove to be an interesting story for the next season, and how this will affect a changed Loki is something I can’t wait to see!

So, has Loki been an essential, yet fun ride in the MCU? Absolutely! It’s the perfect combination of a technical marvel, unique style, brilliant storytelling, and bizarre ideas. For a universe that some say may lack creativity, Kate Herron and the Loki crew prove that creativity isn’t dead, telling a wonderful character study of who Loki is, while also casually setting up the next phase of the MCU. If you’re a Marvel fan who has skipped the series, I’d check it out now!