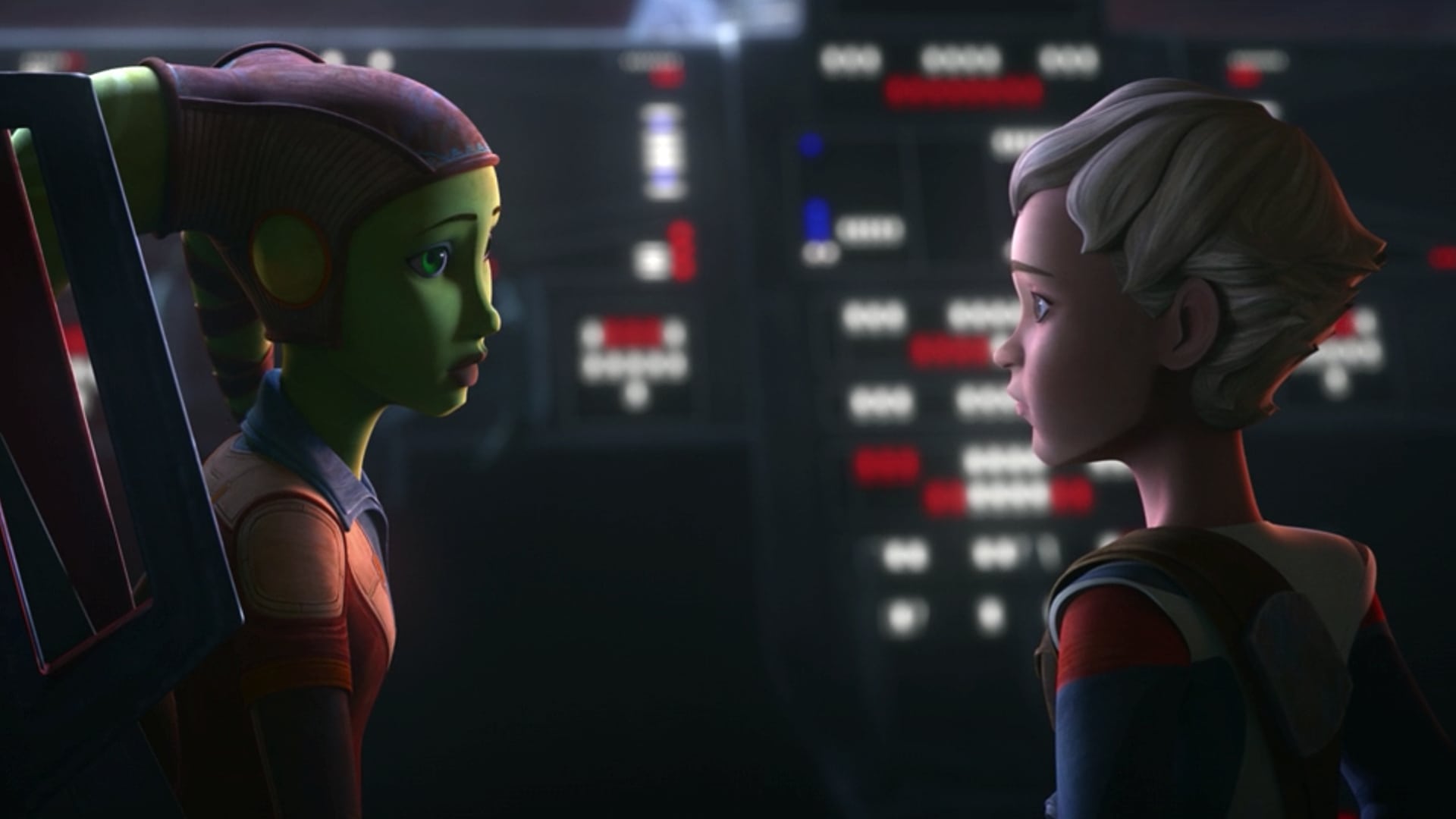 While the eleventh episode of The Bad Batch continues to nail the action, heart, and other elements that the past episodes have achieved, it’s very different story-wise. I enjoyed it immensely, but when looking at it honestly, this was easily the most filler episode so far. Taking place on the planet of Ryloth, it centers mainly around the new Imperial occupation and the family of Cham Syndulla trying to cope with newfound peace. Escalating tensions occur, especially when Cham’s daughter, Hera, is thrown into the mix.

What makes this episode so odd is the fact that the titular characters are barely in it. The Batch and Omega make a brief appearance bringing weapons to the aid of Twi’lek freedom fighters, and Crosshair acts as a sort of henchmen to help the Empire take control of Ryloth. As I mentioned before, this episode mainly concerns Cham Syndulla and his family. Having had ten past episodes all about the Batch, it’s just kind of an unexpected detour to suddenly sideline them and place different characters at the forefront. I do expect a sort of two-episode arc, considering the cliffhanger of this episode and the fact that the next one is literally titled Rescue on Ryloth, but it’s just a bit of a weird move nevertheless.

Despite its unexpectedness and filler story though, I was still thoroughly entertained watching it! Again, no episode of this series for me has been off-putting, and while this felt like more of a chance to bridge the gap between different animated Star Wars shows, I thought there was still a great story here. Seeing a much younger, more idealistic Hera before Star Wars Rebels was kind of cool, and returning to Cham, who was popular in The Clone Wars, was enjoyable also! Seeing a man who was once so consumed with fighting for freedom adjust to peace, even if it isn’t really being achieved to the standard he wants it to be, was a very unique route to go, and I was invested every step of the way. This seemed to be another episode dedicated to the sowing of the seeds that would help develop the Rebel Alliance, which is of course an important story aspect in the larger scheme of things for the Star Wars franchise. And if that’s what it’s going for, it does it really well!

All things considered, The Bad Batch‘s newest episode might be filler (until Rescue on Ryloth is released next week), but as a sort of standalone Star Wars story, I thought it was really well told. Good characters, a good story, and some nice finishing touches that add to the larger world around it. I just hope that as the finale looms closer, we start to get more main story with the Batch!