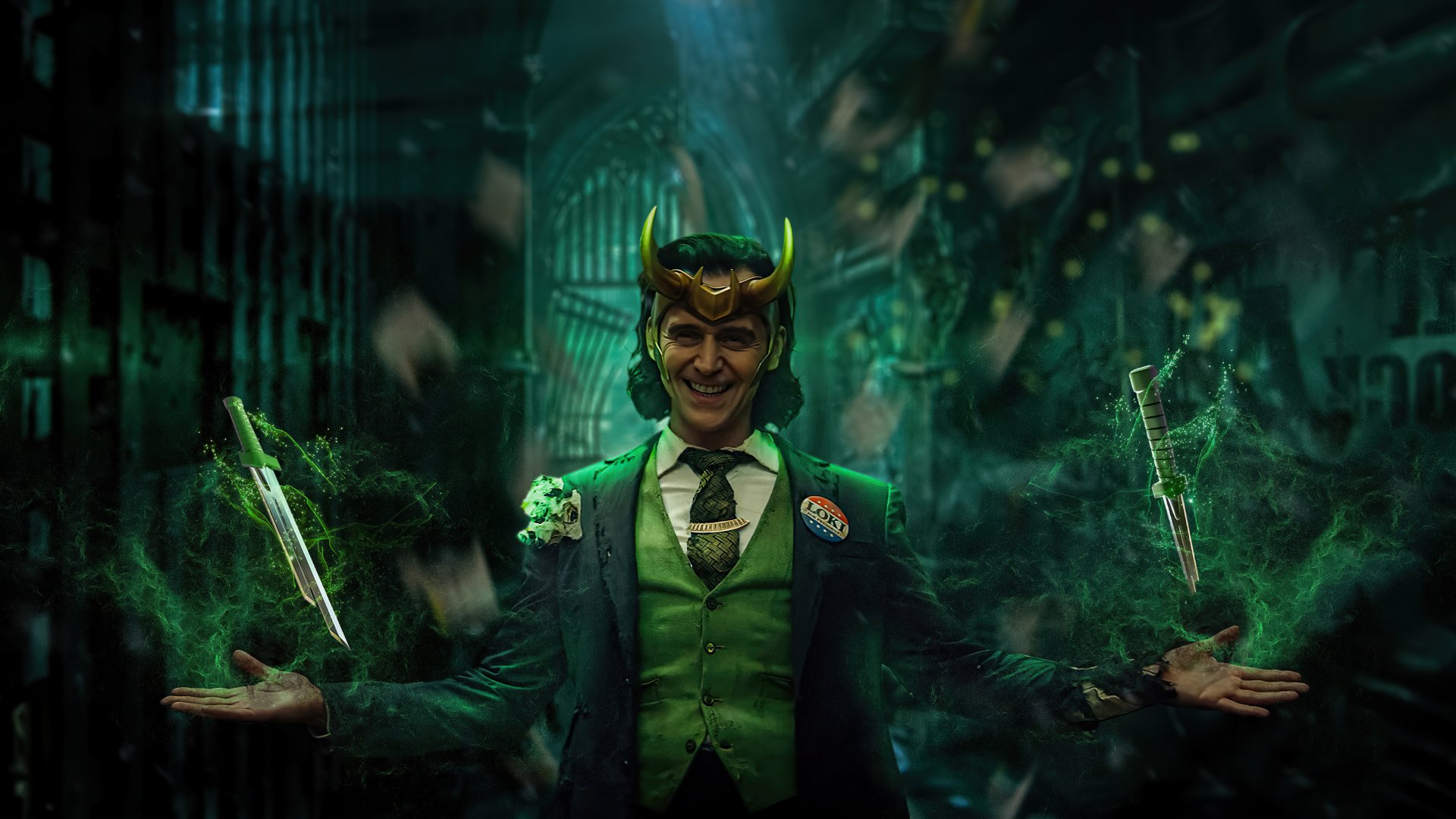 “No one bad is ever truly bad and no one good is ever truly good,” claims Loki. It took four episodes for many to be on board with Loki’s pacing, but Marvel Studios is “creating television that is about something,” as writer Marc Bernardin said on his FatmanBeyond podcast. The studios’ recent foray into series TV via Disney+ has brought us WandaVision, Falcon and the Winter Soldier and now Loki.

While most stories are “about something,” Marvel has managed to make each of their shows’ somethings, culturally relevant themes while maintaining the mix of genres that fans geek out over. All three shows explore friendship, love and heroism, yet it seems the engine that drives WandaVision is grief, race in America for Falcon and the Winter Soldier and now identity in Loki. All three shows take their time setting up said engines as well, three episodes to be exact!

Loki’s genre mix includes workplace dramedy and as such, the pacing seems snoozy at first, as creator Michael Waldron and director Katie Herron present a narrative to deliver emotional impact. However the early, devoid of action office scenes do an awesome job developing a friendship between Loki, a man without friends, and Mobius, a workaholic with one close friend, a friend who by episode four appears to be keeping important secrets from him. That Judge Renslayer can be pretty sneaky.

Loki, as evidenced by the many Loki variants introduced in the fun, zany episode five, has never been able to change his mischievous trickster identity and as such has never been able to trust people or be trusted enough to have friends. The show seems to be speaking to the boxes we put ourselves and others in and why Loki’s line that “No one bad is ever truly bad and no one good is every truly good,” serves as the beating heart behind the metaphorical curtain, as we wait for the final reveal of the literal man behind the curtain pulling the strings. If the show and this post feature any more Wizard of Oz references btw, we all might have to start singing.

Some hope the villain exposed will be another Loki variant, so that the Loki who finally opened himself up to letting people in and to the possibility that he is capable of doing good, will have the chance to defeat his inner demon made real! Mind-bending, meta, and epic! With several questions remaining unanswered, Wednesday’s finale is gearing up to alter the future of Marvel. New variants of heroes and villians may show up everywhere. But, no one bad is ever truly bad and no one good is ever truly good.

Marvel Announces the Return of the God of Mischief, ‘Loki’ Season 2 Confirmed