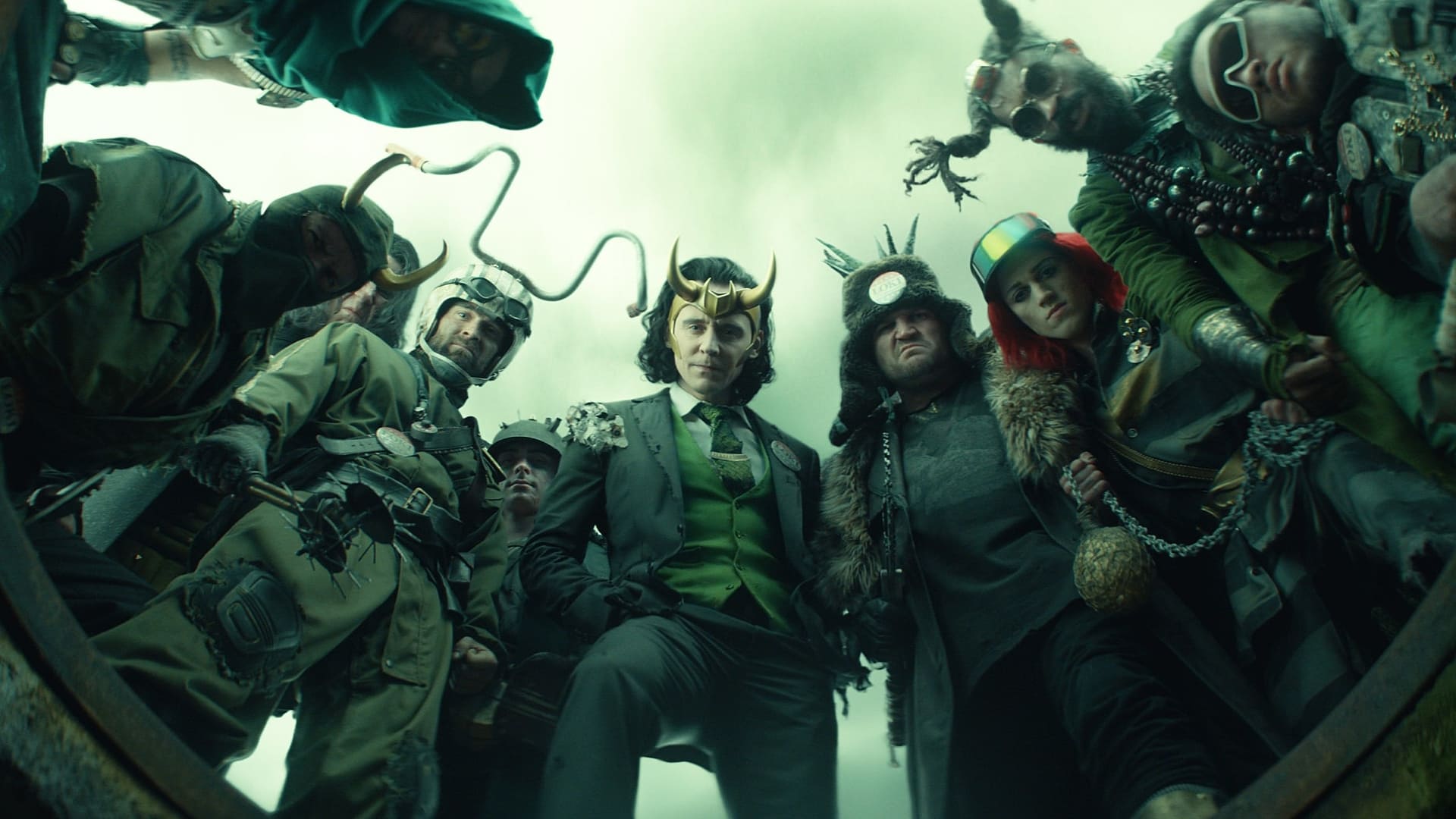 The second to last episode of Loki was a total blast, and my excitement for the finale almost can’t be contained! We pick up where we left off last time, with Loki waking up after being pruned to find out he’s amid other Loki’s who were also pruned. He looks for a way out, while Sylvie holds Renslayer hostage to find out the origins of the TVA, and who’s behind it all. What follows is another absolutely bonkers episode that continues to excel in pushing Kate Herron’s vision, while also fitting in well within the existing MCU framework.

The most obvious change in this episode of Loki is the addition of the new Loki variants. Returning players like Tom Hiddleston, Sophia Di Martino, and Owen Wilson are as great as ever, but the new Loki variants get time to shine as well. We have Boastful Loki (DeObia Oparei), who accentuates the self-absorbed trait, Kid Loki (Jack Veal), who has a slight amount of bloodthirstiness to him, President Loki (Hiddleston pulling double duty) that’s a fun little role representing untrustworthiness, and the clear standout of Classic Loki (Richard E. Grant), who offers a more introspective role to the episode. It’s not only an intriguing look at a sort of multiverse set up the MCU is going for, but also adds even more layers to the writing. The character of Classic Loki is the best example of this. Grant’s performance is wonderfully playful, but also kind of drives home the flaws of all the versions of Loki: they never stop looking for the fallacy of “glorious purpose”, and when they do stop, they are punished for it. It reiterates points made in past episodes, and that sort of unifying theme is a great asset!

The setting for this episode, the Void, is also another dazzling location to behold! It contains that typical air of mystery but also holds a really dangerous enemy in Alioth, a sort of TVA ‘watchdog’ and plenty of cooler Easter eggs (the Thanos-copter and Throg). Once again, Loki revels in its absurd nature when coming up with these realities and their hodgepodge, mysterious designs, but that’s what makes it so fun! It’s not often a comic book project, even in the MCU, follows all of these weird scenarios and multiverses, tackles it with absolute sincerity, and makes it all feel plausible through its character-work. Yet Kate Herron continues to find that delicate balance, and I couldn’t be happier for it. The ending also raises considerable questions, ones I’m yearning for answers to. Who will be behind the TVA? What does Renslayer have planned? And what will become of the relationship between Loki and Sylvie?

All in all, Loki continues to grab my attention just like it did when I started the first episode! It’s safe to say I’m fully invested in this show and am just blown away by the genuine craftsmanship on display. The Loki variants were incredibly fun, yet poignant, and it continues our main hero’s journey nicely. Sadly, we have only one more episode left for now, but if Herron sticks the landing, she’ll go down in MCU history as one of its best storytellers!

Karen Gillan Says She Cried While Reading ‘Guardians of the Galaxy Vol. 3’ Script