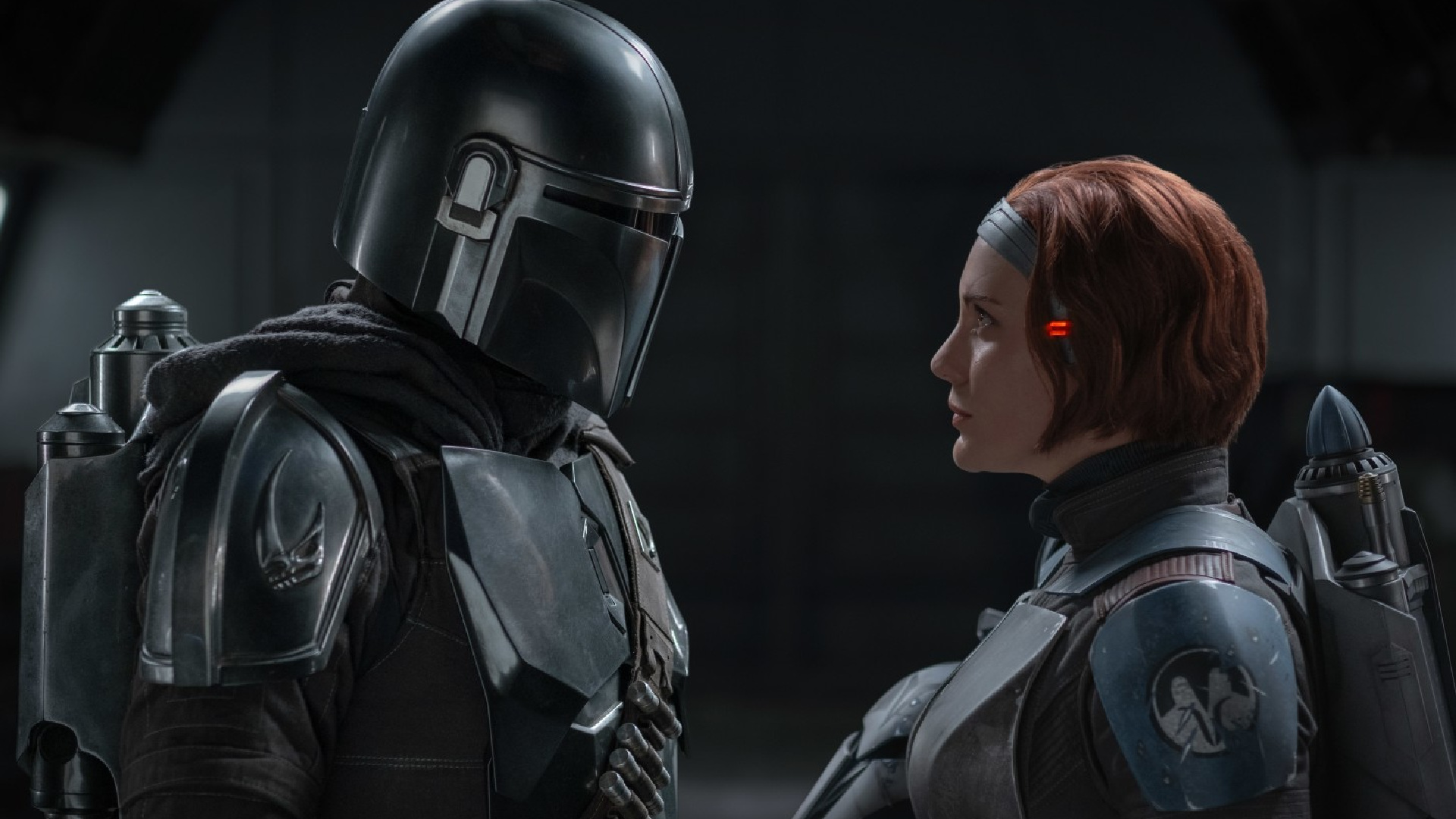 On Friday, The Mandalorian actor Brendan Wayne appeared on the Star Wars Sessions podcast. During the podcast, he discussed his upcoming projects including, The Mandalorian Season Three and the spin-off series The Book of Boba Fett.

Brendan Wayne is the grandson of the famous actor and Western icon John Wayne. He was also one of Pedro Pascal’s stunt doubles in The Mandalorian Season One and Season Two. When discussing the third season of the Disney+ series, he stated:

“I think we’ve introduced the world in which Mando exists now. Not that there aren’t going to be new things, I’m sure… I think there will be a lot less introductions, and a lot more going back towards the first season of delving deeper into the character and things like that I think.”

Based on Wayne’s statements and the Season Two finale, we would expect the show to expand on the Mandalorian culture as Din Djarin joins forces with Bo-Katan to reclaim Mandalore. More specifically, we want to learn more about the “Children of the Watch” and why they differ from the Mandalorians seen in Star Wars: The Clone Wars and Star Wars: Rebels.

“Have I read one script? No. Have I heard some things? Sure. So I’m guessing. But I can tell you this. If anyone’s going to be able to continue telling a story, it’s Jon [Favreau]. And raising the stakes? It’s Jon.”

Based on the show’s previous seasons, we share the same optimism as Wayne. In terms of stakes, the show will need to address the conflict between Din Djari, Bo-Katan, and Darksaber. It will also be interesting to see how how the show continues without Grogu and handles Gina Carano’s character Cara Dune.

Additionally, Wayne discussed the next live-action Star Wars series, The Book of Boba Fett. In the words of the show’s creator, Robert Rodriguez, Wayne described the series as, “All killer, no filler.”

“I think that’s what we as an audience, I think, are going to get from The Book of Boba Fett. A lot more of that kinda feel. He gets even grittier than Mando did. I feel like he doesn’t have the choice because he really was a different kind of character.”

The Boba Fett spin-off series will have a darker and “grittier” tone to match Fett’s brutal fighting style and personality. Its tone will probably be similar toThe Mandalorian Season Two episode “The Tragedy,” which was also directed by Rodriguez.

The Book of Boba Fett recently wrapped production and is set to release in December 2021. While the production for The Mandalorian Season Three is delayed and has not yet begun filming. It is most likely that the show was delayed due to Gina Carano’s firing and the rumored cancelation of Rangers of the New Republic.

What are you most excited about in The Mandalorian Season Three and The Book of Boba Fett? Let us know in the comments below or tag us on Twitter at @PlexReel!