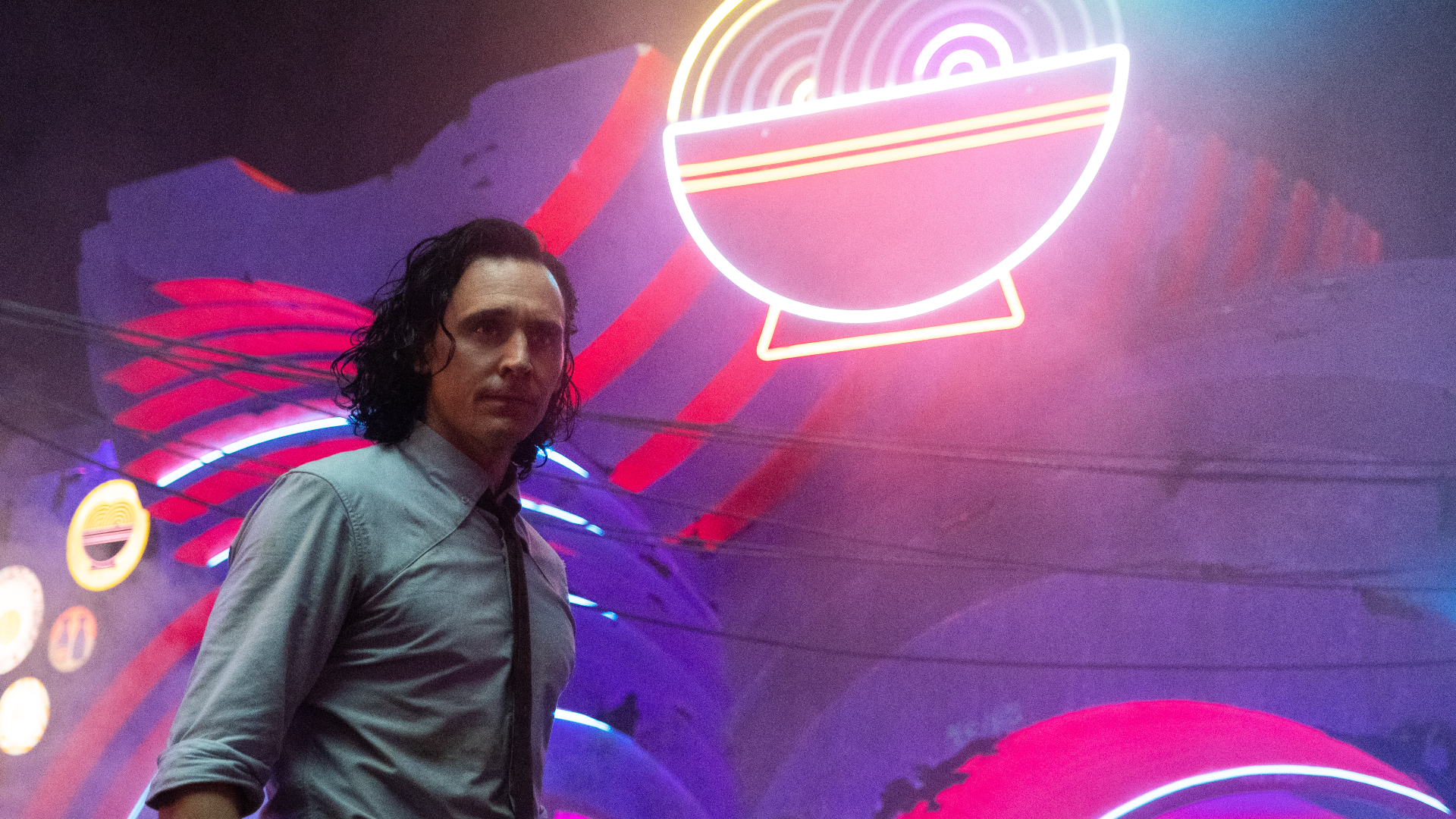 Loki‘s hot streak continues with its third episode, and leaves the second half of the series to pick up some very interesting story threads! In the last episode, Loki followed the Variant the TVA was looking for through a TemPad-generated teleportation portal. In this episode, they both escape from the TVA again, and land on Lamentis-1, a moon that gets destroyed by an oncoming planet in the year 2077. With the TemPad low on charge, Loki and the Variant, who goes by the name of Sylvie, must look for a large power source to charge it.

This episode makes for a change of pace from the first two, but it’s still largely as interesting as what came before. Tom Hiddleston continues to shine as per usual, but it’s the larger introduction to Sylvie, played by Sophia Di Martino, that makes this episode crucial. Di Martino does a great job of showcasing similar aspects to Loki, who she’s a variant of, but also makes her character her own. You can see similarities and differences simultaneously, and her interplay with Hiddleston is just as delightful as Hiddleston and Owen Wilson. You can feel the initial distrust, but the breaking of barriers between them feels like a genuine conversation. Much like the second episode, the writing stands out with so many great conversations showcasing different viewpoints.

On an aesthetic level, I also liked the setting of Lamentis-1. In many ways, it reminded me of Guardians of the Galaxy in terms of style. I loved the purple hues, the large buildings, and the train interiors. It once again enriches the multiple worlds and obscure corners of the MCU, and it feels like something that would happen in a comic. Kate Herron’s direction also adds a lot to this reality, including a finale made to look like a one-take that’s simply sublime. Lamentis-1 also is now home to the best action scenes thus far in the series. The aforementioned finale is great, but there’s also a train sequence that also features some tight hand-to-hand combat.

So, with three episodes of Loki down, I have to say that I can’t wait for the last three to come! The performances, writing, visuals, and plot are all converging nicely, and the cliffhanger at the end has me desperate for answers. Next Wednesday can’t come soon enough!

Lou Ferrigno Warns ‘She-Hulk’ Series About Using ‘Too Much CGI’