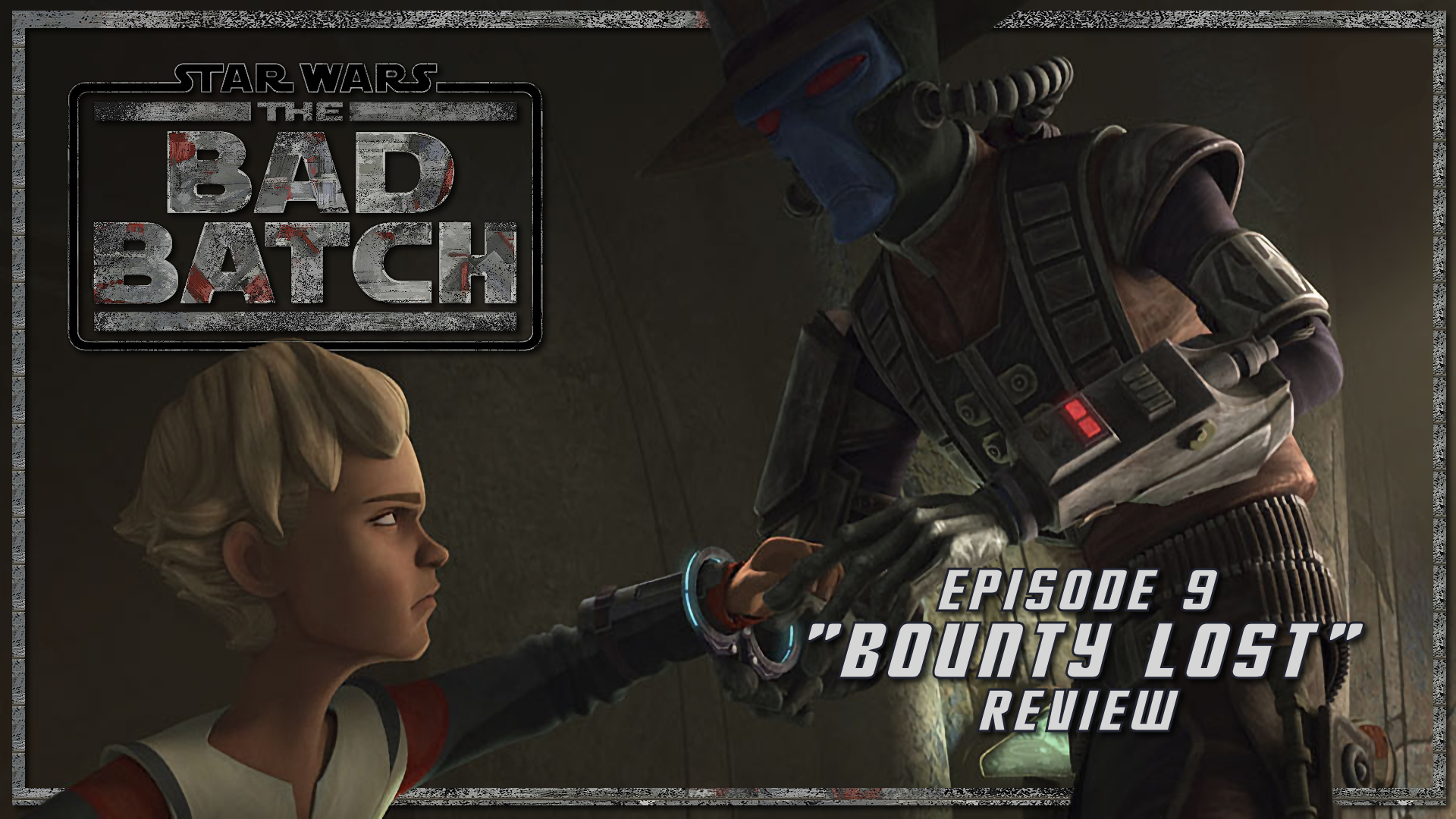 There may be a slight dip in quality for the latest Bad Batch episode, but that doesn’t mean that the series has reached a catastrophic low. Quite the contrary, the ninth chapter in this series is still compelling and full of the hallmarks that have lifted this series head and shoulders above other pieces of Star Wars media! Plus, it reveals crucial information about Omega, but more on that later.

Bounty Lost‘s plot has the Batch trying to find Omega, who was taken away by bounty hunter Cad Bane. She tries to escape Bane’s clutches, and Fennec Shand once again enters the mix. What sets this episode apart from the others is that the Batch has more of a minor role in this part of the story. I think that’s where my main issue here stems from. The Batch’s eventual rescue of Omega does add a lot of the heart that’s come before, but this is mostly just about Omega trying to escape the clutches of two bounty hunters. It just doesn’t have the same core as the other episodes, so I didn’t feel as involved.

With that being said, the way Bane and Shand fight to claim Omega is executed very well, so it wasn’t like I was bored to tears. We have yet another new location, Bora Vio, that lends itself really well to the main action. The intricate corridors, dim lighting, and seemingly endless supply of fog are a great backdrop, and we get to see the gadgets of Cad Bane go up against the tactics of Fennec Shand play out for most of the runtime. Corey Burton and Ming-Na Wen return to their respective roles with ease, and we do get some more time with Omega, who continues to be one of the purest, yet engaging presences Star Wars has ever known!

Speaking of Omega, I said before that we learn more about her. Specifically, she is an unaltered clone, like Boba Fett (who also gets a little nod in this episode). The bounty hunters we’ve seen after she has been sent by the Kaminoans because she is the last tangible source they have to pure Jango Fett DNA. This is not only a great explanation that adds some more dramatic weight, but it’s also well-timed. It comes at a crucial point in the series, and has already upped the stakes, will most likely make for some more tough scenarios for our heroes to face.

Overall, while I may not have been as impressed with The Bad Batch this time around as I have been previously, the pieces are still there. I liked a lot of what I saw, and I hope that we can get back on track as the number of episodes reaches double digits next week!