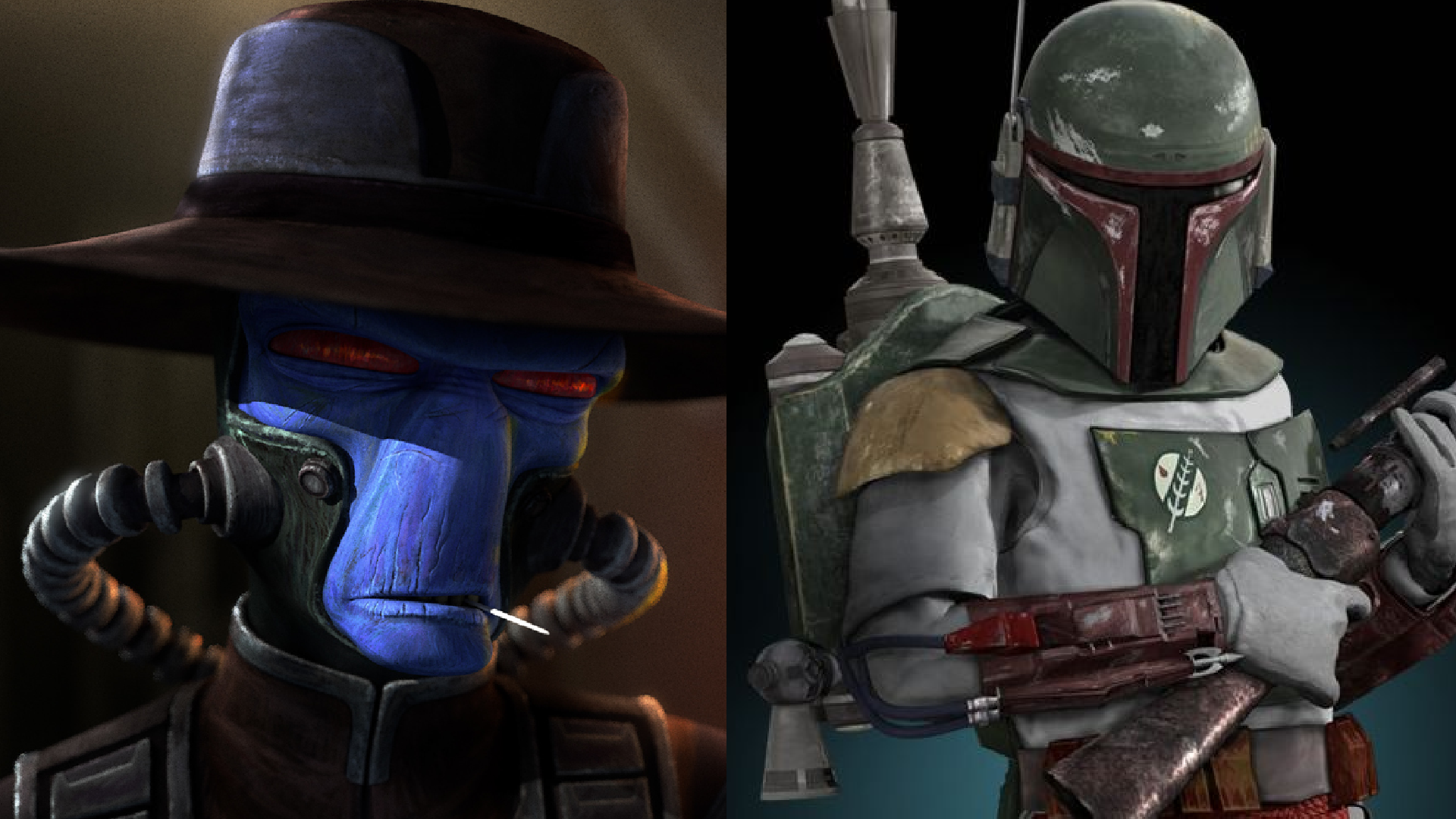 During Star Wars Celebration 2017, Dave Filoni showed footage of a duel between Cad Bane and young Boba Fett. The clip was from an unfinished Clone Wars arc in which the bounty hunters went on a mission to rescue a kidnapped child from Tusken Raiders on Tattooine.

The episodes would explore Bane’s relationship with Boba’s father, Jango, and eventually, would lead to a duel between Boba and Cad Bane. Ultimately, Fett survived the encounter, and fans learned about the origin of the dent on his helmet. However, Bane’s fate was left unknown. Since the episodes were incomplete due to Disney’s acquisition of Lucasfilm, the arc is considered non-canon.

The eighth episode of The Bad Batch, titled “Reunion,” excited fans with the long-awaited return of Cad Bane. This morning, StarWars.com posted concept art for the episode. Surprisingly, Bane’s character design revealed that the duel might have actually taken place in the Disney canon. In the images below, Bane has a cybernetic implant on the top of his head. He likely received the implant after he was shot in the head by Boba.

The episode guide also included concept art for Bane’s ship called the Justifier. The ship was originally supposed to appear in the unreleased Clone Wars arc. Since the vehicle wasn’t shown on screen, we expect that Bane and the Justifier will return later this season.

What other bounty hunters would you like to see return in Star Wars: The Bad Batch? Let us know in the comments below or tag us on Twitter at @PlexReel!