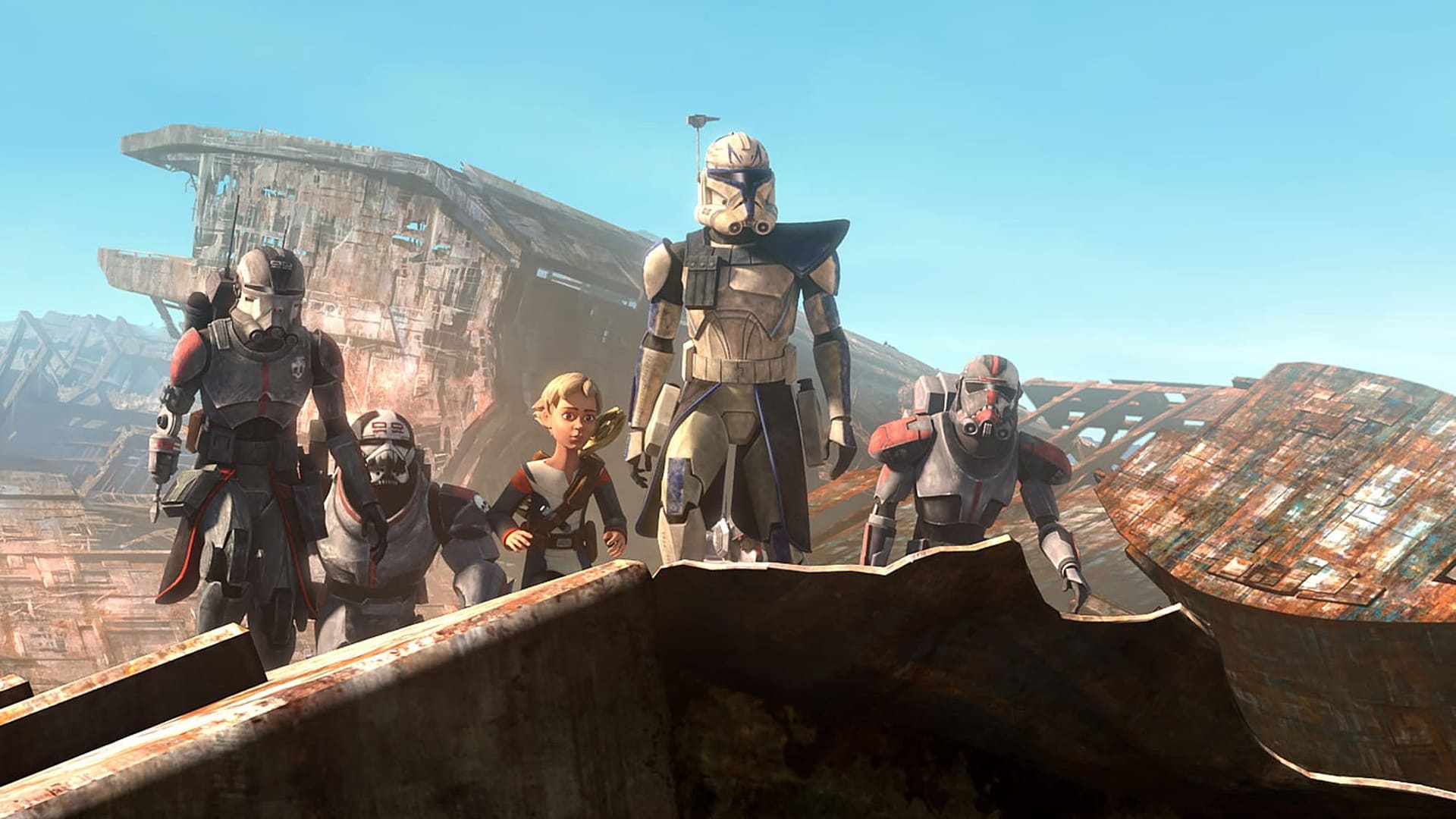 The surprises keep coming with The Bad Batch continues its run on Disney+! The seventh episode sees the Batch stumble upon an old friend, Captain Rex, who has gone into hiding after the Clone Wars. When he learns that the Batch have yet to remove their inhibitor chips (the implanted devices in the heads of the clones that enabled Order 66 to be successful), he takes them to Bracca to help get rid of them.

The action is lighter in this episode, but that doesn’t make it any less compelling than what we’ve seen before. The inhibitor-induced headaches that Wrecker has had are becoming more noticeable, and that race against the clock brings a nice sense of urgency to it all. We see the Batch’s relationships also get tested through this ordeal, particularly the one between Wrecker and Omega, which could be seen as a sort of father and daughter type of relationship. Because the past episodes have continued to build to a point like this, it makes the whole situation more emotionally resonant. It’s great edge-of-your-seat entertainment that only good storytelling can provide.

Rex’s guest appearance also was a huge win for me. Ever since I saw him as a kid on The Clone Wars, he’s been a personal favorite Star Wars character. His helpfulness for the Bad Batch is welcoming, but I also appreciate his evolution as a character. We see him as a weary, laying-low scavenger, doing what he can to protect the institution he once fought for. Seeing him continuing this ideology through this manner instead of being the proud soldier he once was is perfect for leading into Star Wars: Rebels, and shows great attention to detail from the creators. Dee Bradley Baker’s performance also lends a lot of credibility, and seeing the toll of what’s recently happened to him is even a little sad. The fact that he and Hunter can somewhat bond over this confusion also crafts a very nice detail into the universe.

Overall, The Bad Batch still proves how creative Star Wars can be, and this latest episode easily tells one of the most compelling stories yet. While I’m still waiting to see what’s happening with Crosshair and the Empire, what is transpiring on the screen is truly amazing, really entertaining, and even slightly profound!