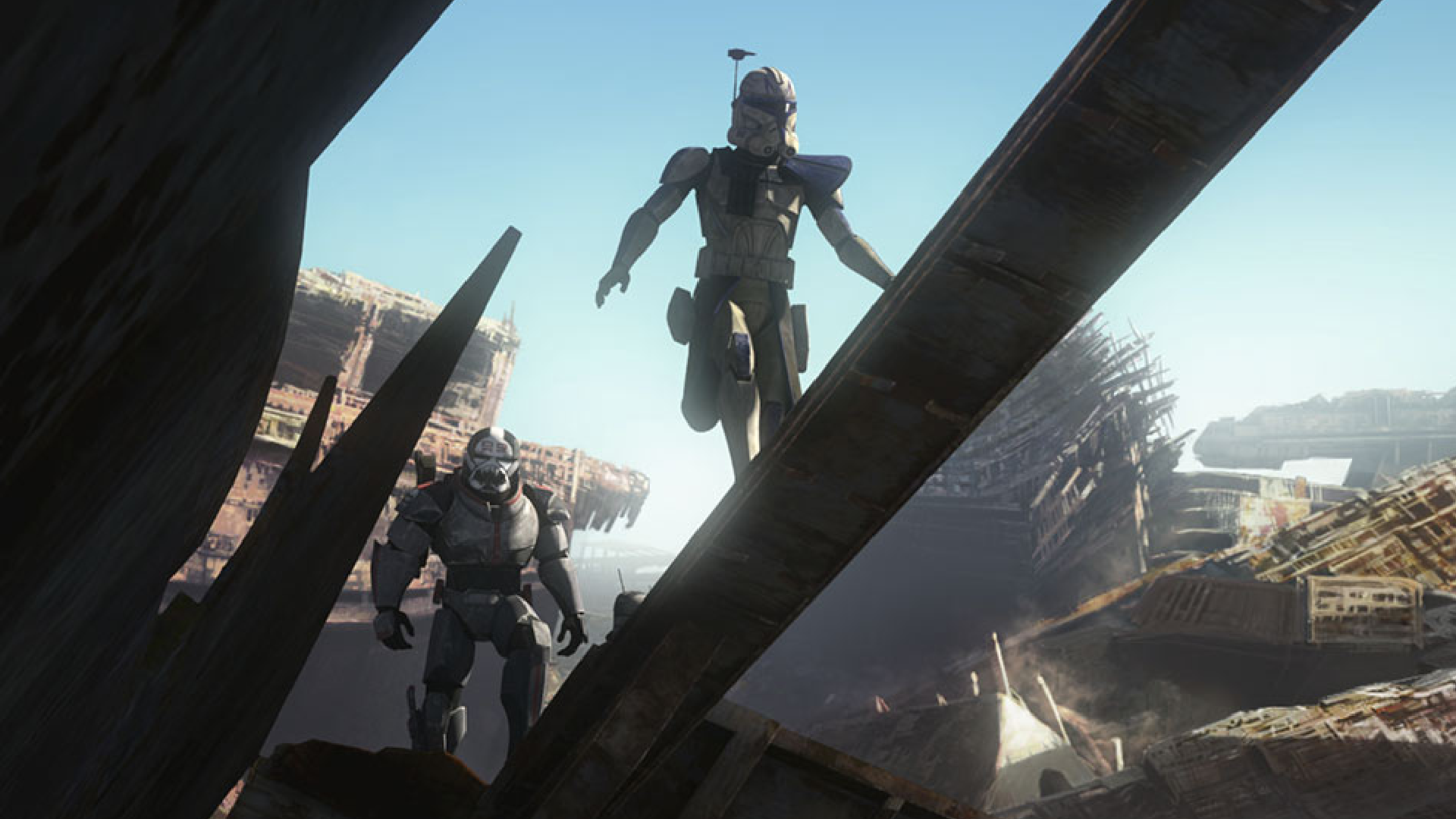 The most recent episode of The Bad Batch, titled “Battle Scars,” aired on June 11, 2021. This episode excited Clone Wars and Rebels fans with the return of a fan-favorite character. Check out our list of Easter eggs and references below!

When the Bad Batch returns to Ord Mantell, Wrecker and Omega go to the market to get their Mantell Mix. The snack is similar to Outpost Mix from Star Wars: Galaxy’s Edge in Disneyland California and Disney World Orlando. In the theme parks, Outpost Mix is a kettle corn mix with a unique blend of salty, spicy, and sweet flavors.

In this episode, it is revealed that Captain Rex was Trace and Rafa’s mysterious contact. Rex was first introduced in the 2008 Clone Wars movie and was a “generation one” that served during the First Battle of Geonosis. Rex led Anakin’s legion of clone troopers, called the 501st, and was temporarily promoted to a commander during the Siege of Mandalore. At the end of Clone Wars, he escaped Order 66 with the help of his ally and friend, Ahsoka Tano. Rex also appeared in Star Wars: Rebels and fought with the Rebellion during the Battle of Endor.

Rex meets with the Bad Batch on Bracca to remove the squads’ Inhibitor chips. Bracca first appeared in the video game Jedi: Fallen Order. The Jedi padawan, Cal Kestis, landed on the planet following his escape from Order 66 and lived there for several years after the initial purge.

When the Bad Batch arrived on Bracca, we saw that Rex was still using the Y-wing from the series finale of the Clone Wars. This Y-wing is painted blue and white to match the color scheme of the 501st legion. Ahsoka and Rex used the starfighter to escape from the Venator-class star destroyer following Order 66.

The crew gets their inhibitor chips removed using the surgical pod in the Venator’s medbay. In Clone Wars season 7, Rex’s chip is extracted by Ahsoka using the same method. However, instead of using the force to locate the squad’s inhibitor chips, they use a scanner that was created by Tech in episode 3.

After the Bad Batch’s inhibitor chips are removed, Hunter visits Rex on the hull of the star destroyer. Before the clones exchange their goodbyes, Rex is seen talking with someone on his wrist communicator. We assume that he is talking to Ahsoka due to their friendship and Ahsoka’s involvement in the early stages of the Rebellion. Although, according to Star Wars Rebels and the Ahsoka novel, Rex and Ahsoka lose touch at some point and are reunited by the Ghost crew.

In the final scene of the episode, two members of the Scrapper Guild report the Bad Batch to the Empire. The Scrapper Guild was primarily based on Bracca and salvaged the parts of large capital ships for profit. Cal Kestis was a member of the guild and left it when the Empire discovered that he was a Jedi. The two scrappers in this episode wore ponchos that are similar to Cal’s.