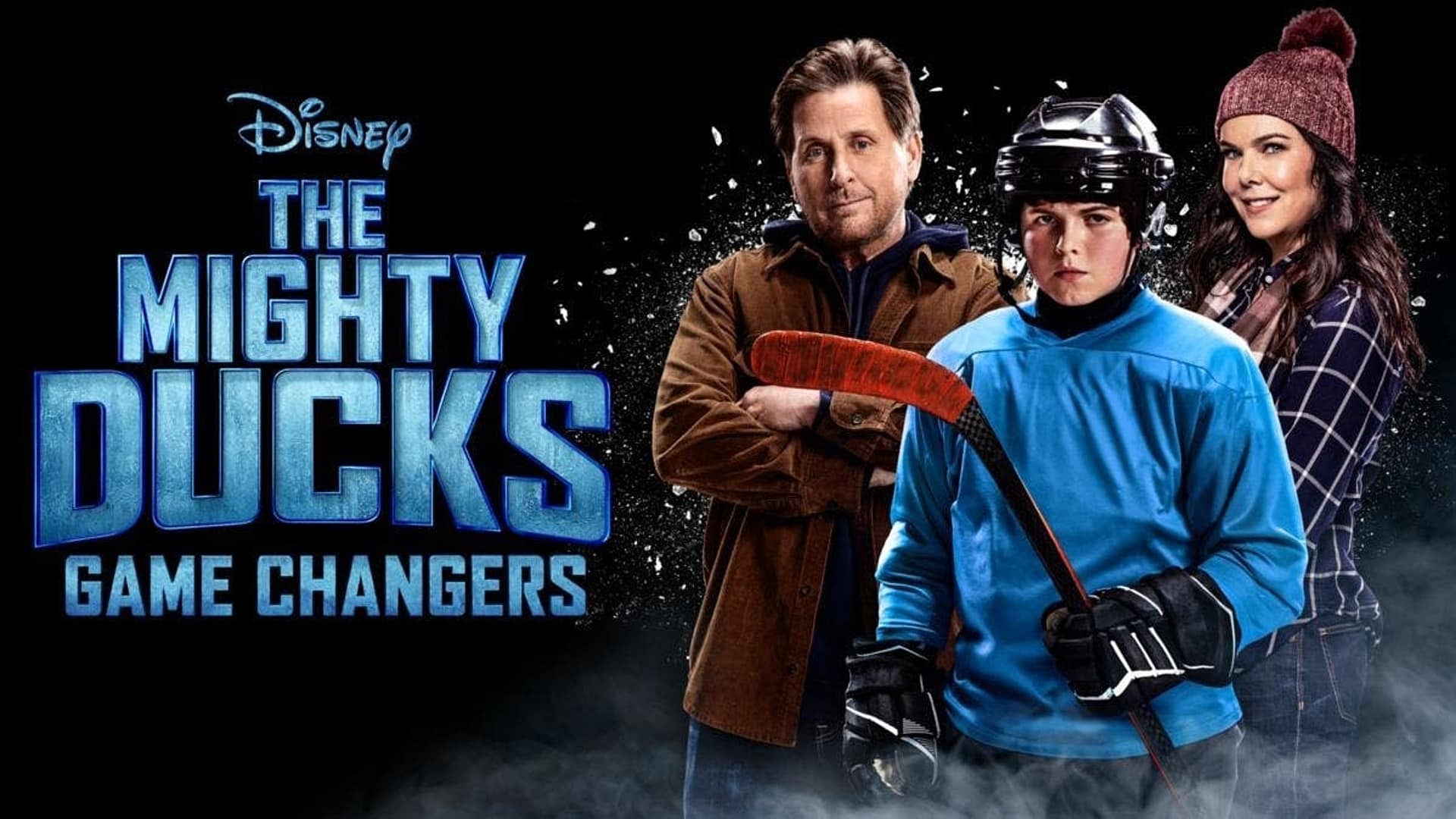 After three films and an animated series, some worried that The Mighty Ducks and Emilio Estevez’s character, Coach Bombay, wouldn’t have a compelling story left to tell. Fortunately, Disney+ is on a roll when it comes to developing entertaining streaming content! Any worries about the Ducks and their illustrious coach being played out were put to bed with The Mighty Ducks: Game Changers.

Every story needs a lead character; somebody to root for. The Mighty Ducks is a kid’s franchise about kids, so the hero’s a kid, right? Nope. While there’s plenty here for kids of all ages to enjoy, in an unexpected change of pace, this story is led by a mom and who better to deliver said journey in a fun, heartfelt performance than Lauren Graham! Fresh off of singing and dancing on NBC’s Zoey’s Extraordinary Playlist, Graham, who first rose to fame in Gilmore Girls, has much dramedy experience and gives us a genuine portrayal of a warm, witty mom who will do anything for her son.

Graham’s Alex Murrow goes from a struggling, yet fun hockey coach who knows nothing about hockey, to a power-hungry tough coach who only cares about winning, to learning she had the power all along to not only teach the team what really matters but to save the day! Moms and dads everywhere are sure to see themselves in Graham — a caring, flawed parent just trying to do her best to provide a fantastic childhood for her son while growing in her humanity in the process.

Amazing actors can sometimes pull off not-so-great writing. Amazing writing can sometimes make not-so-great actors look like better actors. But when amazing actors are paired with amazing writing, stars are often born. At just 14, Maxwell Simkins is already far from a newbie having worked with greats like Diane Keaton and John Goodman, but he steals the show in TMDGC. Give this kid a funny line and he runs with it. The writers perhaps learned this early on because Simkins gifts a plethora of witty one-liners throughout the series and scores with each delivery. He earns extra points as he does so with a nerdy charm that goes beyond delivering laughs, beckoning the audience to fall in love with the young actor’s earnest, kind-hearted character. Nick might not be a team captain or even MVP, but the actor who plays him is a star.

3. Scenes that Elicit All the Feels

Throughout TMDGC‘s ten episodes numerous scenes ooze positivity without feeling corny. The writers deserve high praise for penning a family show that drives home uplifting messages through dialogue that resembles the way real people talk. The warmest scene, reminiscent of the “Captain my Captain” moment in Dead Poet’s Society in which the students stand for their teacher, has each player on the team reveal, one by one, that even if they lose the big game, they’ve already won just by being a part of the team. The scene wraps up with Alex’s son Evan and *spoiler alert* his reason for winning in life is having a fantastic mom. The heroine’s journey is complete and gosh darn it, most viewers won’t be able to finish the series without feeling at least a few warm and fuzzies!

4. A Mix of Genres in the Best Way

TMDGC is a comedy, drama, sports dramedy, and family show imparting wisdom to kids. In short, there’s something for everybody here! There are male and female characters to both root for and identify with along the way and even if hockey isn’t your thing, this team of rag-tag quirky kids who begin the series with little skills on the ice inspire us to root for them! Each of the players has their own arc from nerdy, lonely, weird, and even agoraphobic to teammate surrounded by close friends who care about them, and therefore the viewer’s emotional investment in their stories (even the hockey parts!) is earned.

No list about The Mighty Ducks: Game Changers would be complete without a mention of the return of Emilio Estevez as the beloved coach, Gordon Bombay. Estevez told Entertainment Weekly, “I didn’t really see where they were going to go with Bombay. I sort of thought we had played him out.” Then when the writers started talking to him about the character being in a darker place than the last time we saw Bombay, the idea appealed to him.

Again, one of the big reasons this show works is its character-driven narrative. No one is neglected and Bombay being a lead here is no exception. His arc takes him from a guy eating leftover birthday cakes at his rundown ice rink and engaging with people as little as possible, to a guy who begins to care again about helping kids and Alex. Bombay’s character growth is helped along in Episode Six by the return of the original, now middle age-ish Mighty Ducks team. The coach starts to regress a bit at the beginning of the episode, but the adult Ducks re-ignite his belief in his ability to have an impact while the original team also serves up some fun nostalgia for the fans! The show hints at a romance as well between Bombay and Murrow in the future and hopefully, there will be at least another season to explore that possibility!