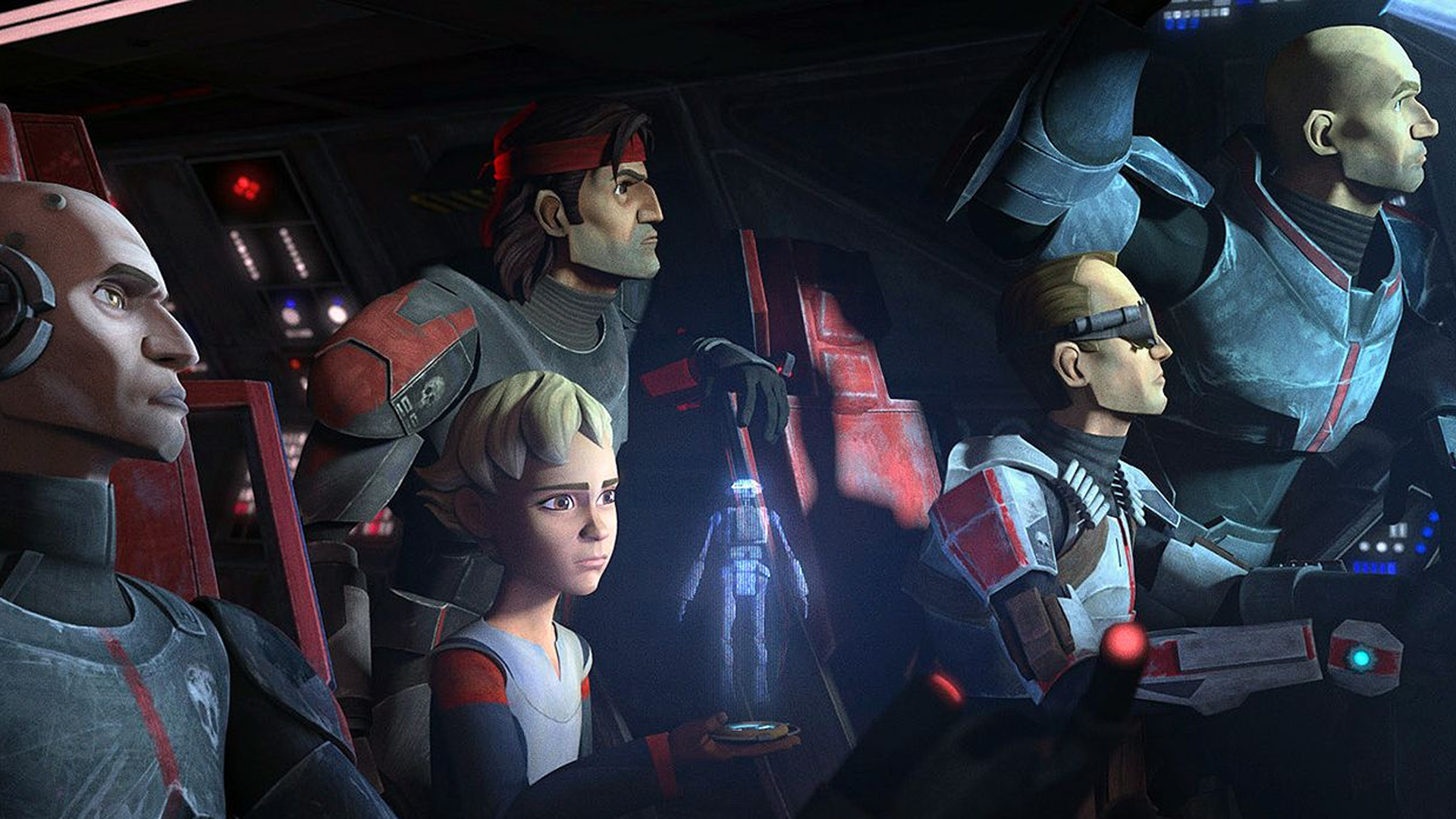 The newest episode of Star Wars: The Bad Batch premiered on June 4, 2021. The episode titled “Decommissioned” featured appearances from characters from the final season of The Clone Wars. Check out our list of Easter eggs and references below:

The droid decommissioning facility is located on the planet, Corellia. It made its film debut in the opening sequence of Solo: A Star Wars Story. The planet is the homeworld of many iconic Star Wars characters including Han Solo, Qi’ra, and Wedge Antilles.

Trace and Rafa Martez were introduced during the final season of Star Wars: The Clone Wars. The sisters encounter Ahsoka and are tasked with transporting spice for former Sith Lord, Darth Maul. After they complete the mission, Ahsoka is recruited by Bo-Katan Kryze to help take back Mandalore. Before Ahsoka departs with Bo, she leaves her speeder bike with the sisters telling them that it’s “just in case” she comes back. In this episode, there are several clues hinting at the friends’ reunion.

The astromech droid that appears at the end of the episode is R7-A7. The droid served Ahsoka Tano throughout many missions during the Clone Wars. He was destroyed while helping Ahsoka and Rex escape from Order 66. However, his remains were salvaged by the duo and he was likely gifted to the Martez sisters. Many fans have pointed out an error in this episode where R7’s color scheme changes between shots.

In the final shot of the episode, we see a glimpse of Trace and Rafa’s contact in a hologram. This is similar to how Ahsoka communicated with Hera Syndulla in the first season of Star Wars: Rebels. Although the identity of this character is unknown, we believe that it is either Ahsoka or Captain Rex. Although, the contact is more likely Rex because Trace refers to them as a “he.” It is possible that they needed the tactical droid head to find other clone troopers like Wolffe and Gregor. R7’s appearance in this episode also adds some validity to this theory.

Who do you think the mysterious contact is? Let us know in the comments below and or tag us on Twitter at @PlexReel!