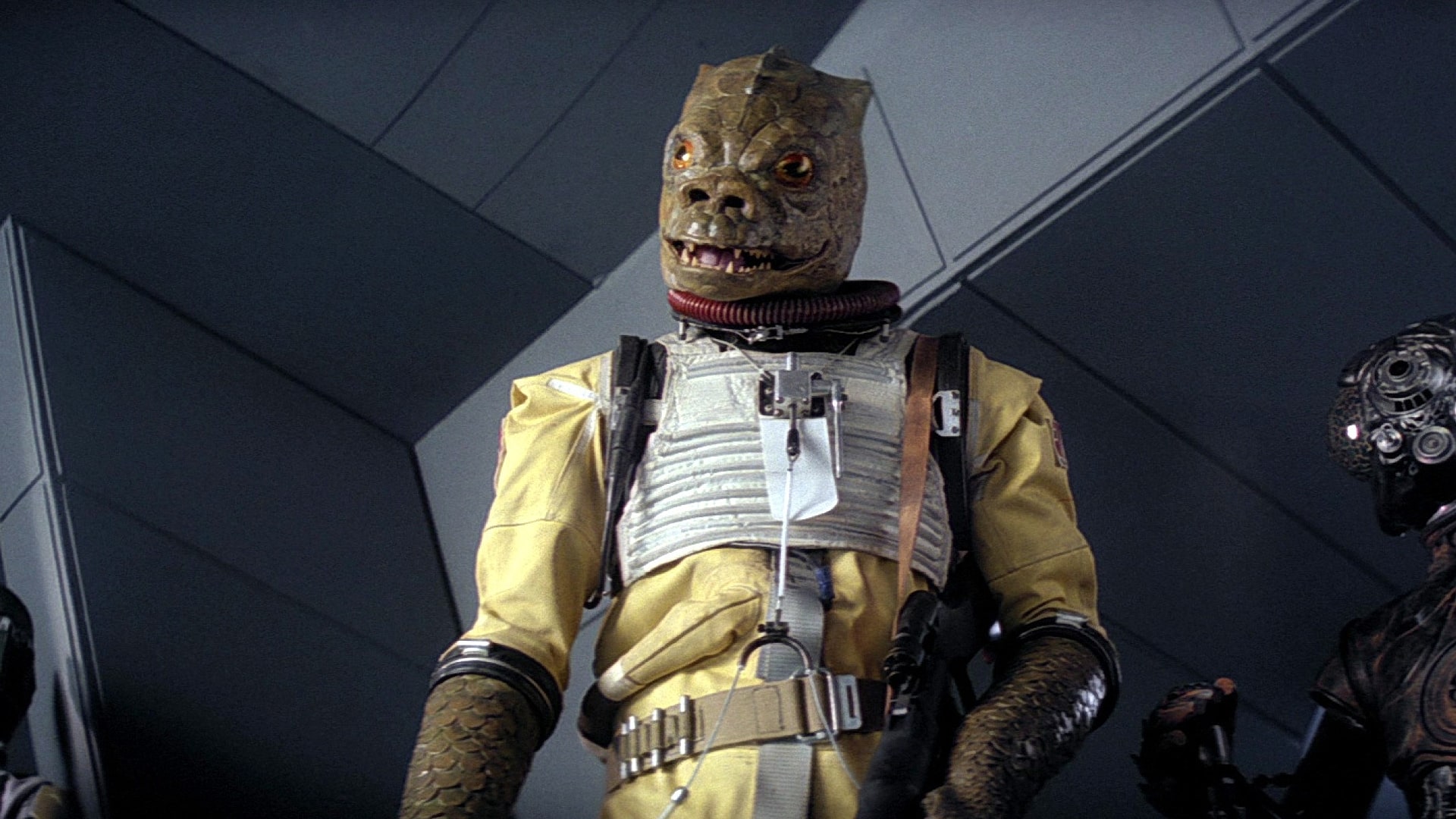 Fans were blown away when ROTJ-era Luke Skywalker made a triumphal return on-screen during the emotional finale of Season Two of The Mandalorian.

However, little did fans know they would get a surprising little treat at the end of the finale. Following Grogu’s departure from his Mandalorian protector Din Djarin, Lucasfilm teased a whole new surprise series in the style of an MCU post-credits scene featuring Boba Fett and Fennec Shand assuming the throne of Jabba’s Palace.

Despite the fact that The Book of Boba Fett doesn’t premiere on Disney+ until December, fans little to nothing about the new series. However, it appears Boba will not be the only bounty hunter from the original trilogy that fans will see later this year.

According to LRM Online, the green-skinned, red-eyed Trandoshan bounty hunter Bossk that was first seen in The Empire Strikes Back, will now be part of The Book of Boba Fett.

After the death of Boba’s father, Jango Fett, Bossk and other bounty hunters became the mentors of Boba, and Bossk later joined Boba’s bounty hunter group of Boba, Krayt’s Claw.

If Bossk does return, it seems that there will be more of a connection to the original trilogy than we thought when The Book of Boba Fett releases on Disney+ this December.

What bounty hunter would you like to see return in The Book of Boba Fett? Let us know in the comments below and or tag us on Twitter at @PlexReel!

Related Topics:BosskNewsStar WarsThe Book of Boba Fett
Up Next