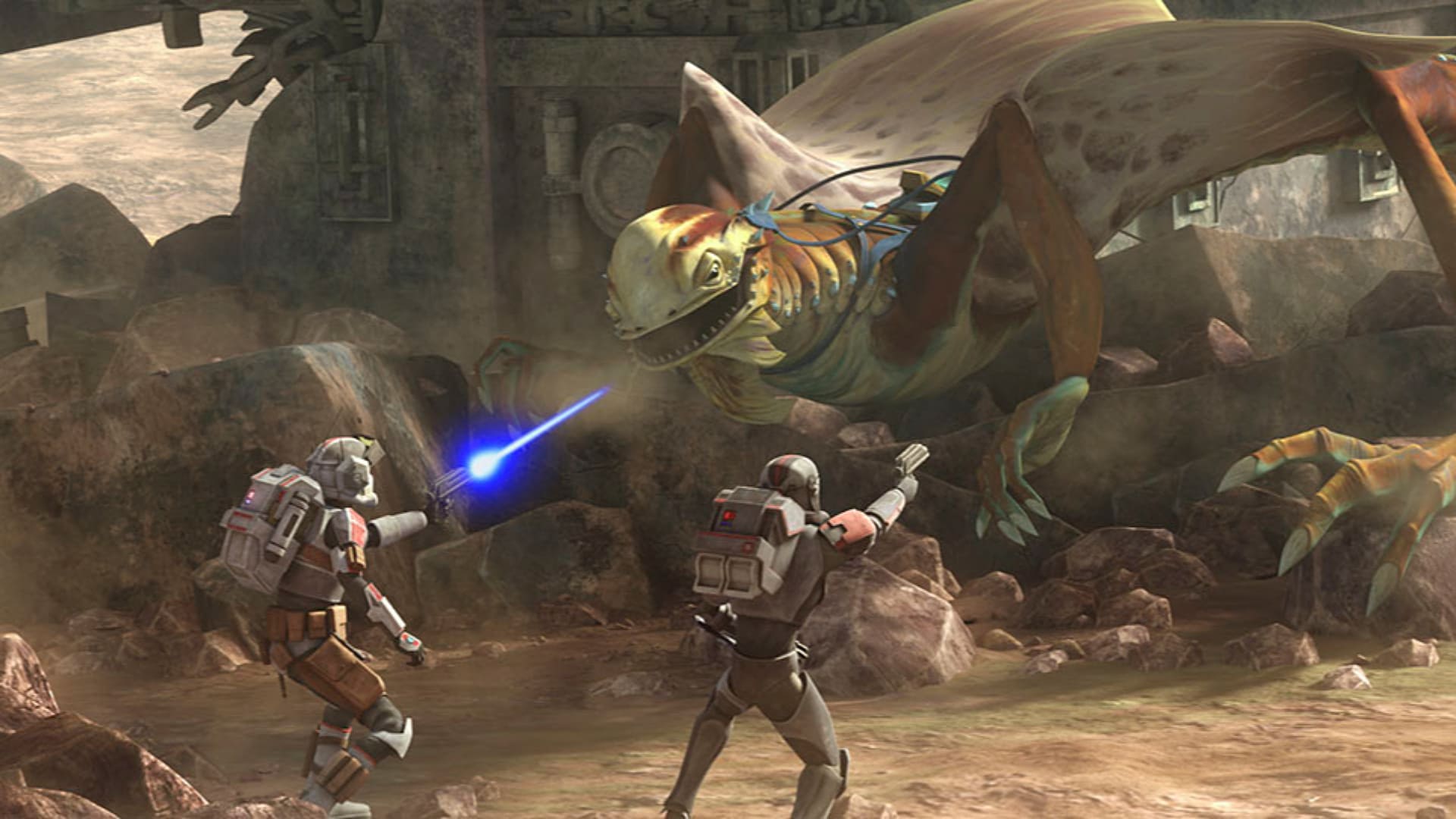 With its fifth episode, The Bad Batch continues its great run of success! Dropping last Friday on Disney+, the new episode sees the Batch going to the planet of Ord Mantell to get intel about the bounty hunter from the previous episode. To get that information from informant Cid (Rhea Perlman), they must undergo a rescue for a character named Muchi from a group of slavers.

While a sort of standalone story in the grand scheme of things, this episode of The Bad Batch still has a lot of subtle threads being weaved that continue to carry my interest to the next episode. And considering the previous adventures we’ve seen so far in the series, I’d say that this is easily one of the best! From an action perspective, it was really fun. Muchi turns out to be a young Rancor (the monster from Return of the Jedi), and seeing it wreak havoc on the slavers and engage in a one-on-one fight with Wrecker was quite unique. That’s what I love about Star Wars: Once you think you’ve seen it all, some sort of new element is introduced to spice it all up again! It was just super cool in my opinion.

Apart from that, the story is also really good. You have great interactions between the Batch and Omega, a nice sense of morality due to it talking about the themes of slavery, and it even has some nice Easter eggs by featuring a few of Jabba the Hutt’s entourage. But like I said earlier, the main themes and plot lines are still being shown just enough to connect the episodes and keep you guessing. Take, for example, Wrecker’s headaches. Having seen the clone inhibitor chips affect Crosshair, there seems to be some sort of foreshadowing that Wrecker could be next. I hope that doesn’t happen, but it would be an interesting road to go down. Only time will tell to see how it turns out!

Overall, The Bad Batch continues to be one of the strongest pieces of media Star Wars has ever given us. The uniqueness and strengths in the story have served it well, and I do not doubt that it will continue! This is keeping my love of Star Wars alive, and I hope others are having just as much fun as I am!