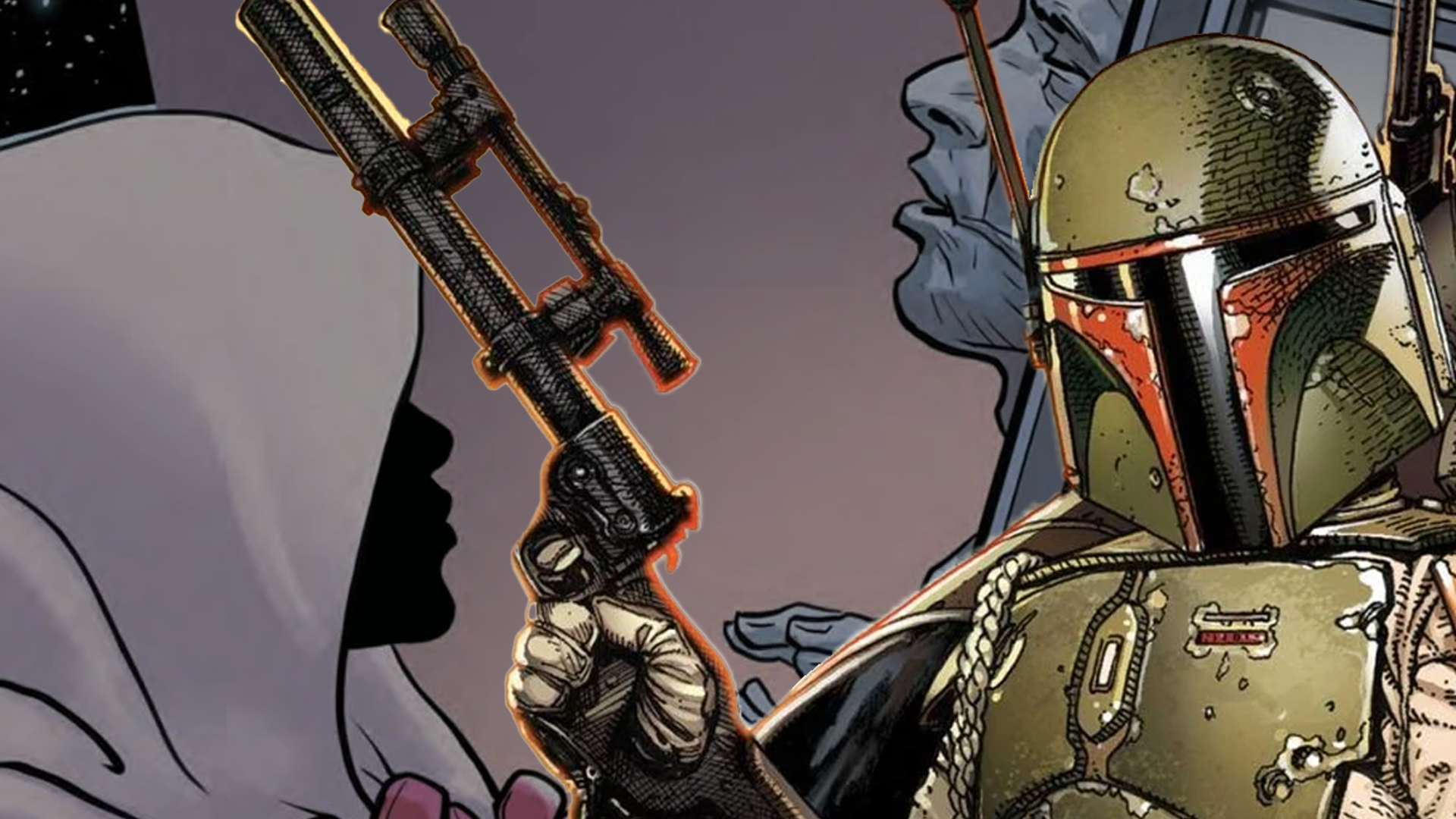 Star Wars: War of the Bounty Hunters is a comic book crossover event series detailing the journey of Han Solo’s carbonite-frozen body to Jabba’s Palace. The 34-issue series takes place between The Empire Strikes Back and Return of the Jedi.

The first issue features the bounty hunters, Zuckuss and 4-LOM, trying to steal the carbonite from Boba Fett. Despite their efforts, Fett is able to defeat the two bounty hunters.

Eventually, the carbonite slab ends up in the hands of a familiar character from Han’s past. In the last line of dialogue, the cloaked figure is revealed to be Qi’ra. She is one of Han’s former love interests and was played by Emilia Clarke in Solo: A Star Wars Story. Qi’ra was last seen heading to the planet, Dathomir, to meet with her boss, Darth Maul. Many fans speculated that Qi’ra tragically passed before the events of Star Wars: A New Hope, however, it appears that this is not the case.

At the end of the issue, it is implied that Qi’ra has a mischievous plan for Han’s frozen body. She orders her servant, Margo, to “finish the preparations” for “the guests.” Margo was one of the background characters that appeared on Dryden Vos’ yacht in Solo. The guests’ identities are currently unknown, but it will be interesting to learn about who they are and what Qi’ra has been up to.

Who do you think Qi’ra’s guests are? Let us know in the comments below or tag us on Twitter at @PlexReel!