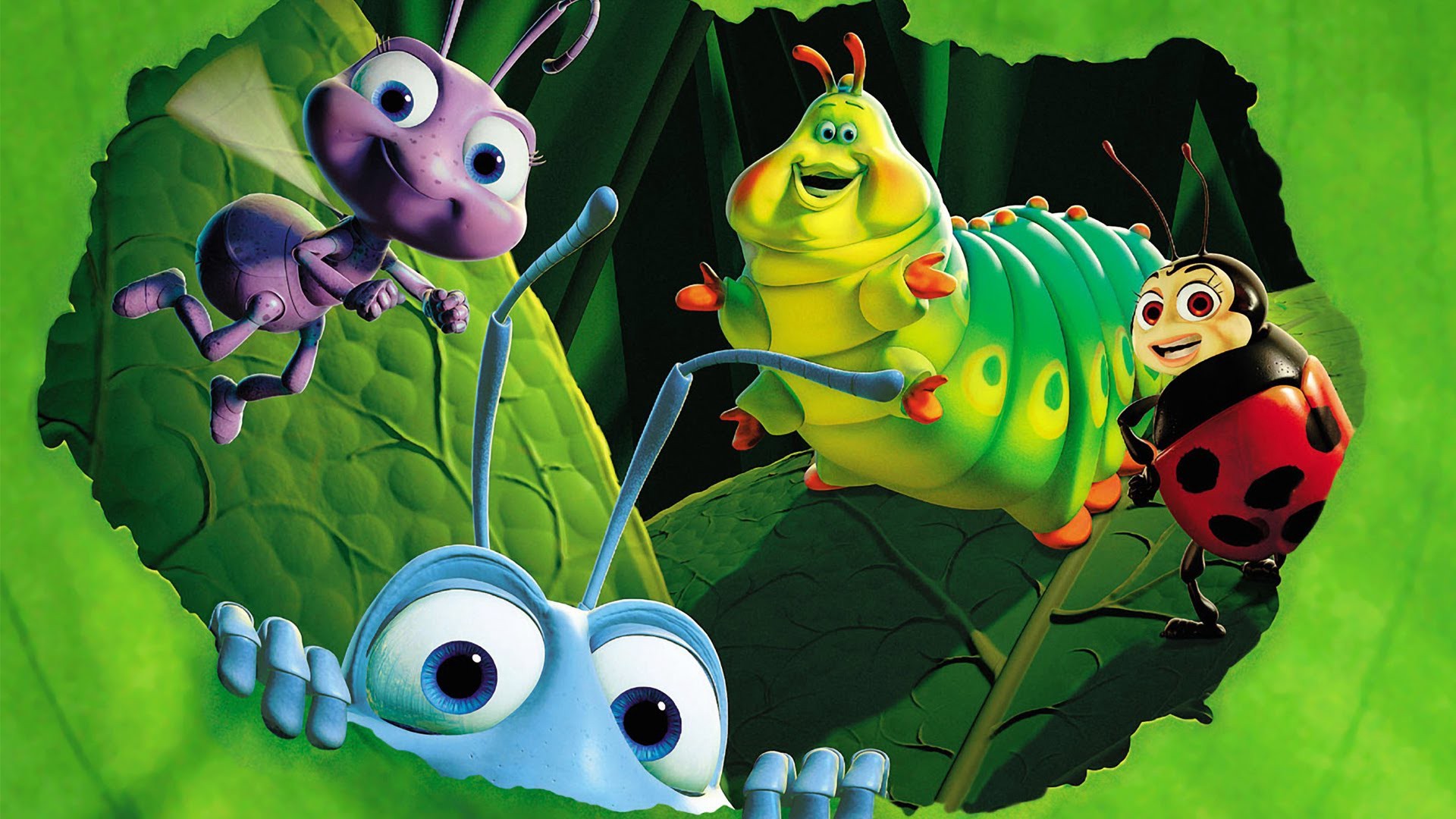 In 1998, animation studio Pixar released their second-ever movie, entitled A Bug’s Life. Centering around a clumsy but well-meaning ant named Flik tasked with gathering help to protect his ant colony from greedy grasshoppers, the movie would prove to be a solid success critically and financially. However, as the decades have passed since its release, and the catalog of Pixar films has gotten larger, A Bug’s Life has sadly faded into the background, with many just relegating it as an okay film that has never reached the heights the studio later got to. To me, however, my revisit of the movie proved just the opposite, as I feel A Bug’s Life still proves to be one of the most fun and exciting movies Pixar has given us.

I think where a lot of the problems people have with A Bug’s Life stem from is that it’s not a very emotional film. What I mean by that is that this more or less a straight-up adventure movie, and doesn’t really reach for emotional complexity. The relationships are much simpler, and when compared to something like Toy Story, it might seem ordinary. However, I think that a certain sense of variety in such a long lineup of films is a good thing, and it helps that A Bug’s Life seems aware that it doesn’t have that complexity. It sets out to tell an adventure story, and it’s a really exhilarating one at that! And it really helps that a great cast is at the center of it all. Dave Foley gives Flik a wonderful sense of charm, while Julia Louis-Dreyfus is great as love interest Princess Atta, and the circus bugs who get mistaken for warriors by Flik and the colony, including such voices from Denis Leary, Brad Garrett, Bonnie Hunt, Madeline Kahn, and David Hyde Pierce, are superb with their comedic timing.

A Bug’s Life‘s writing also reflects the breezy tone of the adventure it looks to create. The dialogue is quite witty and revisiting it now after a few years, you start to pick up on some jokes you might’ve missed before. The slapstick still hits, and the lines go hand-in-hand. These insects feel just as fleshed out in their world as the toys from Toy Story, and it makes for a fun and involving experience. Plus, composer Randy Newman offers an absolutely amazing score. It’s a perfect combination of humorous whimsy and sweeping adventure, and it adds a lot to the story in the same way Newman’s music worked for his other Pixar films. Even if the actual story isn’t original, this score definitely is!

To conclude, A Bug’s Life is one of the lightest and fun Pixar films ever! While definitely dated looking and not without its flaws, I think we should at least value the attempt to tell a simpler story, and to do it with a surprising amount of comedic deftness and rich characters is an accomplishment in my book. Has Pixar done better? Absolutely! But I don’t think we should cast this movie away when it has this much entertainment value!

Related Topics:A Bugs LifeDisneyNewsReviews
Up Next