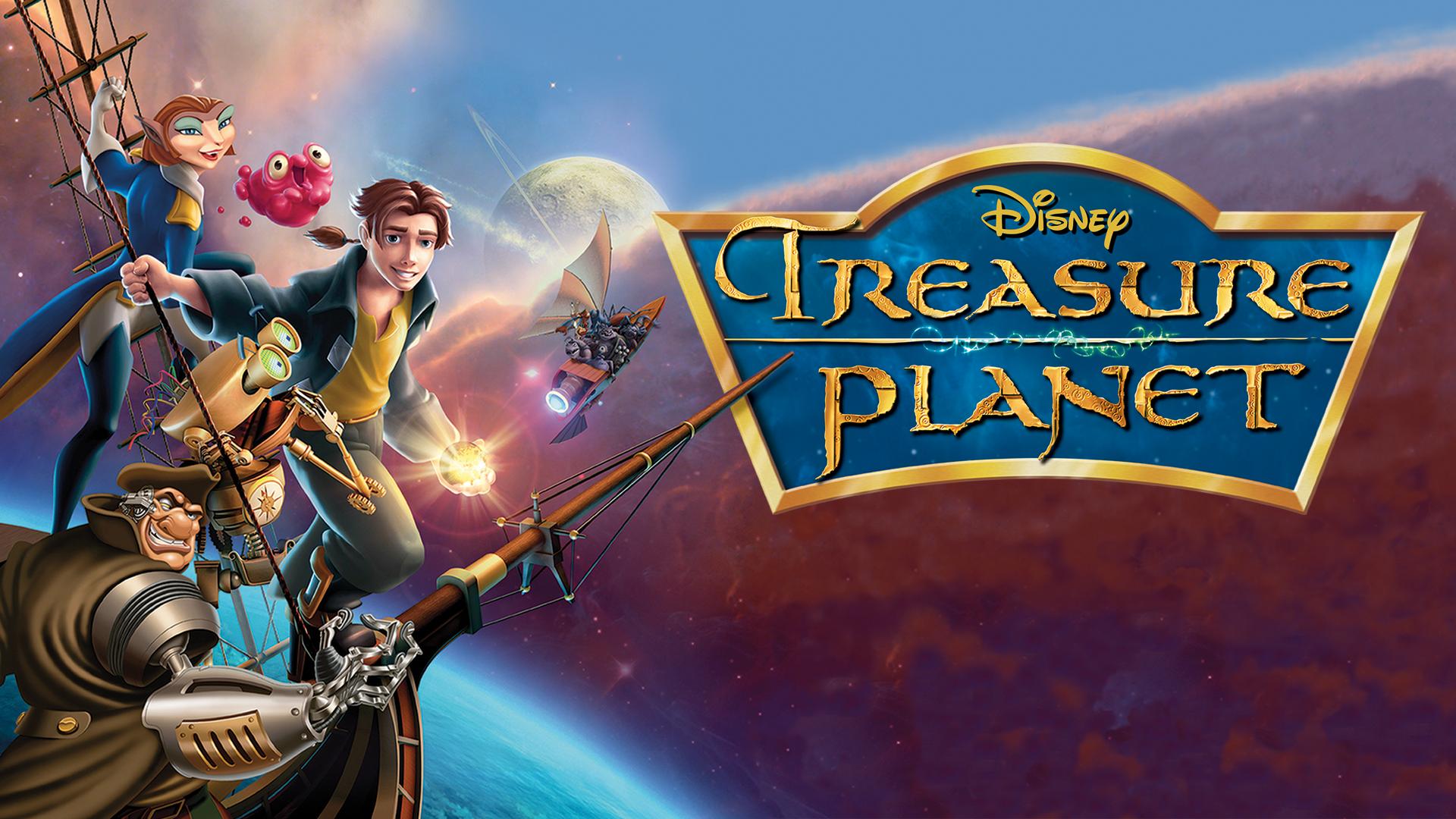 The great thing about Disney+ is that it gives me (as well as the rest of their subscribers) access to tons of content that, for a lack of a better phrase, has been left by the wayside. That includes animated content, and one such movie that I truly feel is being given an unfair chance is Treasure Planet. Released in 2002, it was a notorious box office flop, but now, I’d say that this is the movie Disney’s animation studio needs to make again: something that’s bold, daring, and just plain fun.

Adapted from Treasure Island, the famous 1880’s novel by Robert Louis Stevenson, Treasure Planet takes the classic adventure story and sets it in space. Here, we have young Jim Hawkins (played by Joseph Gordon-Levitt) who is given a map to Treasure Planet, a planet loaded with treasure, by a dying pirate. Together with Delbert Doppler (David Hyde Pierce), Captain Amelia Smollet (Emma Thompson), and shifty cyborg Long John Silver (Brian Murray), they set off, and encounter backstabbing pirates, a bunch of space phenomena, and marooned robot B.E.N. (Martin Short) on their quest. I went into Treasure Planet expecting a simple adventure story, but by the time I had finished watching the movie, I could tell that what I saw was something so undervalued it’s crazy! In fact, I’d even say that this is a studio best for the company!

For starters, the animation style is out of this world (no pun intended)! It combines traditional 2-D animation with 3-D animation, as well as using a technique known as deep canvas to help bind everything together. With all these techniques and forms being used, sometimes all in one frame, it adds a lot to the world Treasure Planet creates. Taking the story and moving it to space was a genius move, and while it at first may seem odd to see colonial fashion and ships mixed with aliens and supernovas, the directors have a firm guiding hand on it, and for about 90 minutes you escape into a fun, unique reality. The acting is also wonderful, particularly in the chemistry between Jim and Long John Silver. By adding into the story the fact that Jim’s father left him, the already interesting relationship they share on paper takes a whole new meaning. We see them love each other, then be bitter enemies, but then once again accept each other in the end. You also have some solid comic relief from B.E.N. and Delbert, along with some fantastic action scenes.

To sum up, Treasure Planet remains a unique film in Disney’s long filmography, and it really needs to be seen more. Its sense of adventure and fun is something I don’t think has been replicated that much since its release, and its unique approach to adapting this story make it resonate with you more emotionally. I truly hope you guys give this a watch on Disney+, it won’t disappoint!

Related Topics:DisneyNewsReviewsTreasure Planet
Up Next