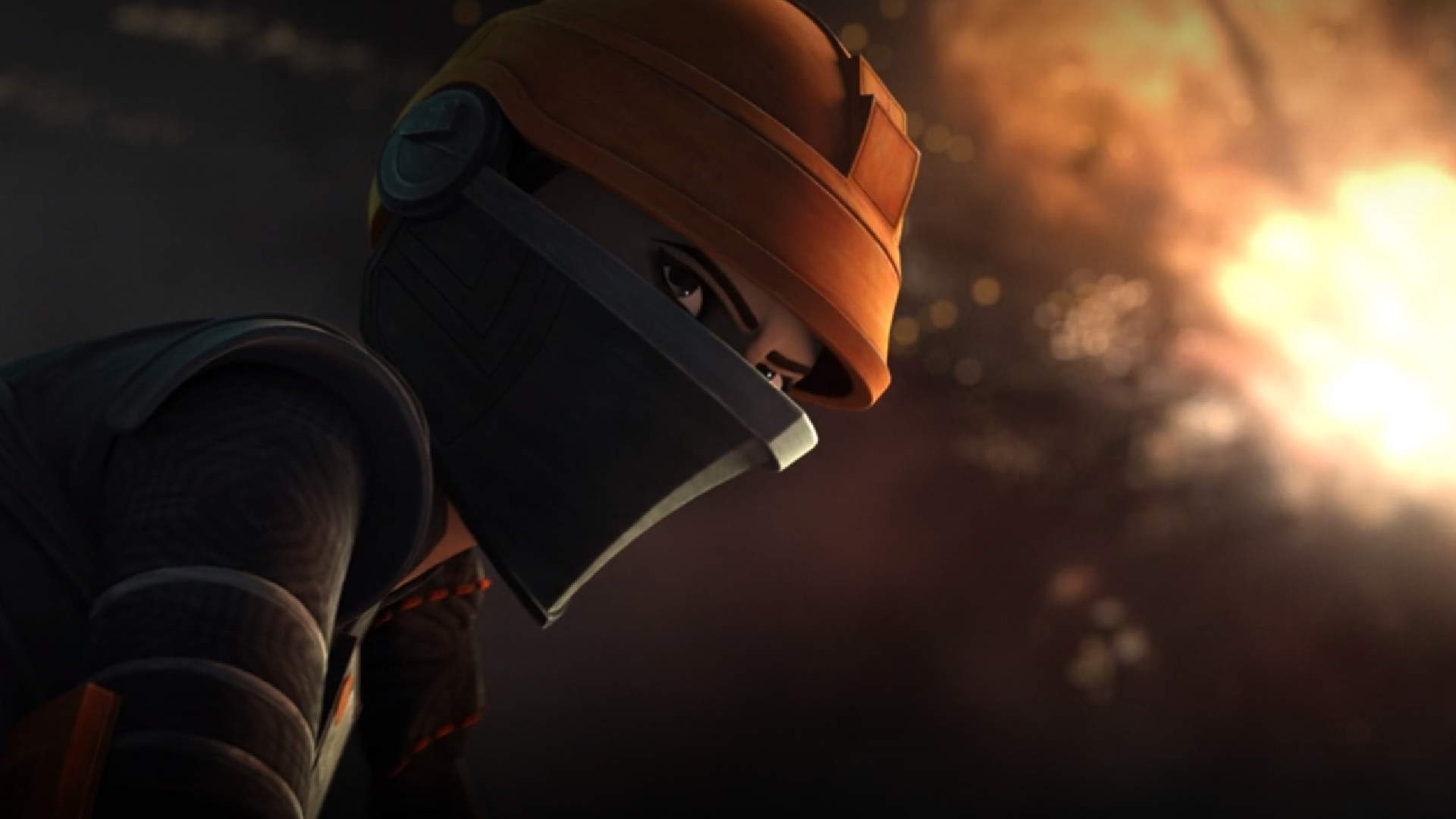 On May 21, 2021, the fourth episode of the animated series, Star Wars: The Batch, premiered on Disney+. The episode titled “Cornered” reintroduced us to a bounty hunter from Star Wars: The Mandalorian. Check out our list of Easter eggs and references below!

This episode gave us our first glimpse at the surface of Pantora. Previously, we had only seen aerial views of the moon and its orbiting planet, Orto Plutonia, in Star Wars: The Clone Wars. The moon is the homeworld of Chairman Notluwiski Papanoida and Senator Riyo Chuchi. Both of the politicians made several appearances throughout The Clone Wars. However, Papanoida is most famous for his cameo in Revenge of the Sith since he was portrayed by George Lucas.

At the beginning of the episode, the Bad Batch lands at a docking station that is maintained by a Sullustan. The Sullustan communicates with the bounty hunter, Fennec Shand, using the codename “Raspar Six.” In Legends, Raspar-6 is a terrestrial moon that was first described in the book, Monsters and Aliens from George Lucas.

Fans of The Mandalorian will recognize Ming-Na Wen reprising her role as the bounty hunter, Fennec Shand. She first appeared in The Mandalorian Season One episode, “The Gunslinger.” Shand will make an appearance alongside Boba Fett in his series, Star Wars: The Book of Boba Fett, later this year. The end of the episode implies that this won’t be the last time that Fennec hunts down the Bad Batch.

While exploring the market, Omega’s clone trooper doll is stolen by a creature called a voorpak. This species first appeared in the Star Wars Legends magazine, Star Wars Gamer 4, in 2001. In canon, voorpaks are most famous for their appearance in Star Wars Resistance. In the animated show, Ace Squadron pilot, Torra Doza owns a voorpak named Buggles.

In the main action sequence of the episode, Hunter tries to rescue Omega from Fennec Shand. The pursuit resembles when Anakin Skywalker and Obi-Wan Kenobi chase after the bounty hunter, Zam Wesell, in Star Wars: Attack of the Clones. Both of these chase scenes end with the bounty hunters’ speeders crashing.

Similar to the “Ahsoka’s Journey” arc in Clone Wars Season 7, this episode continues the trend of designing background characters based on the original Star Wars Kenner action figures. In this episode, an Aqualish is seen driving his speeder while obliviously listening to music. The character’s deco matches the original “Walrus Man” action figured based on Ponda Baba from Star Wars: A New Hope.