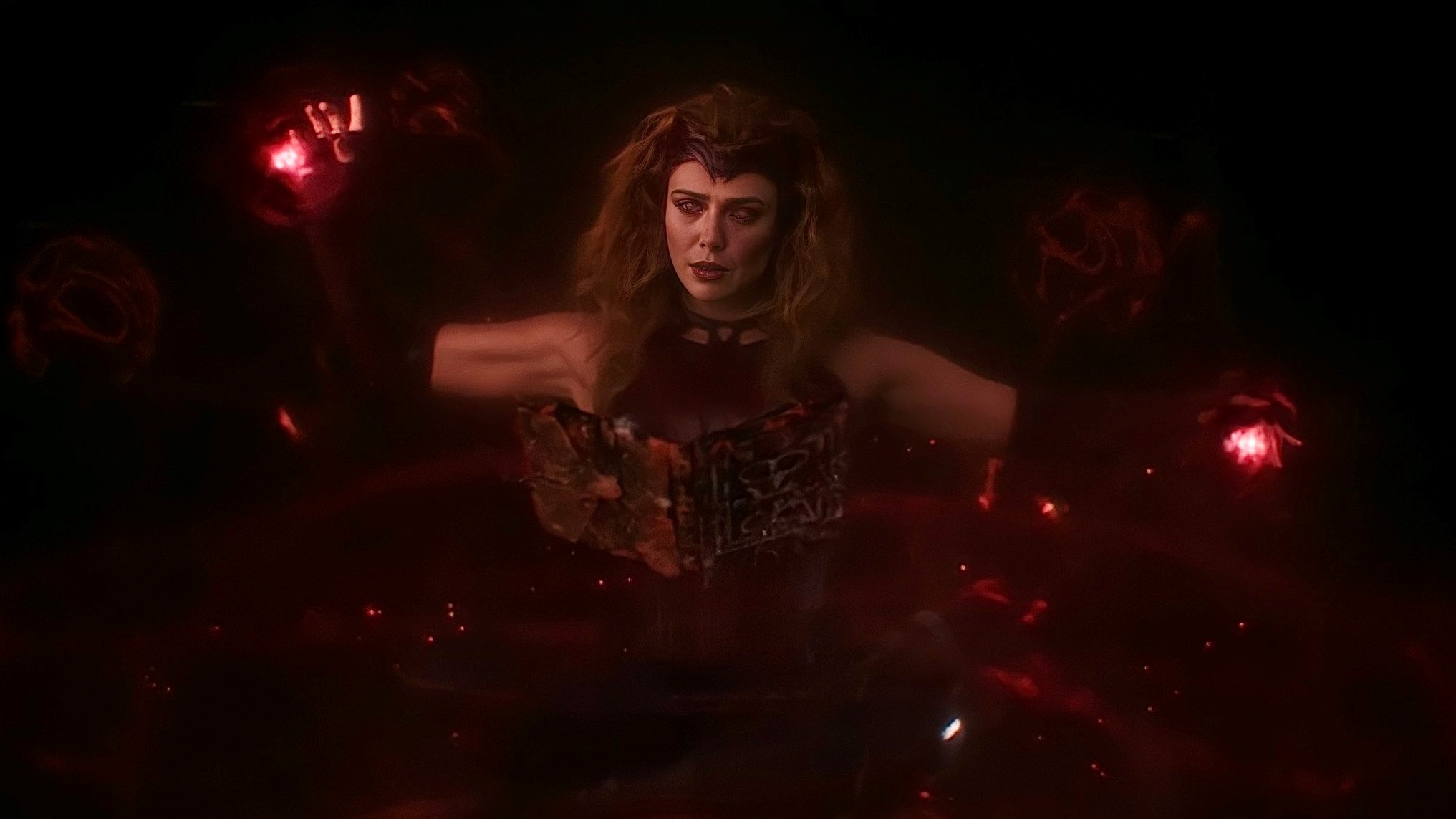 Marvel Studios’ first Disney+ series, WandaVision, showed us a lot of what Wanda Maximoff is truly capable of while telling an intriguing and humorous story at the same time. The story was able to pick up nicely after the events of Avengers: Infinity War and Avengers: Endgame. It was able to focus on the trauma that Wanda has faced in her time in the MCU such as, Vision and Pietro’s deaths, while also giving us a look at what is to come for her future in the MCU. The end of this series serves as a nice transition to Doctor Strange: In the Multiverse of Madness.

Given the rumors circulating this upcoming movie and the title, fans are expecting some crazy things to happen within the movie with the Sorcerer Supreme and the Scarlet Witch. In a recent interview with Scott Feinberg on the Awards Chatter Podcast, Elizabeth Olsen dropped a key power for the character such as “telekinesis, and she can travel between universes”.

In the WandaVision‘s post-credits scene, fans see the Scarlet Witch studying the Darkhold while using a power that has only been seen once in the MCU. She was studying it while using astral projection which only Doctor Strange had only been able to do up till this point in the MCU. She also hears the cries of her two boys, Tommy and Billy, which hints at a possible return for the powerful twins.

This tease in the credits scene gave fans a sense of what is to come in the sequel to Doctor Strange and it is definitely a highly anticipated wait.

WandaVision is available to stream on Disney+ while Doctor Strange: In the Multiverse of Madness comes out in theaters on March 25, 2022.