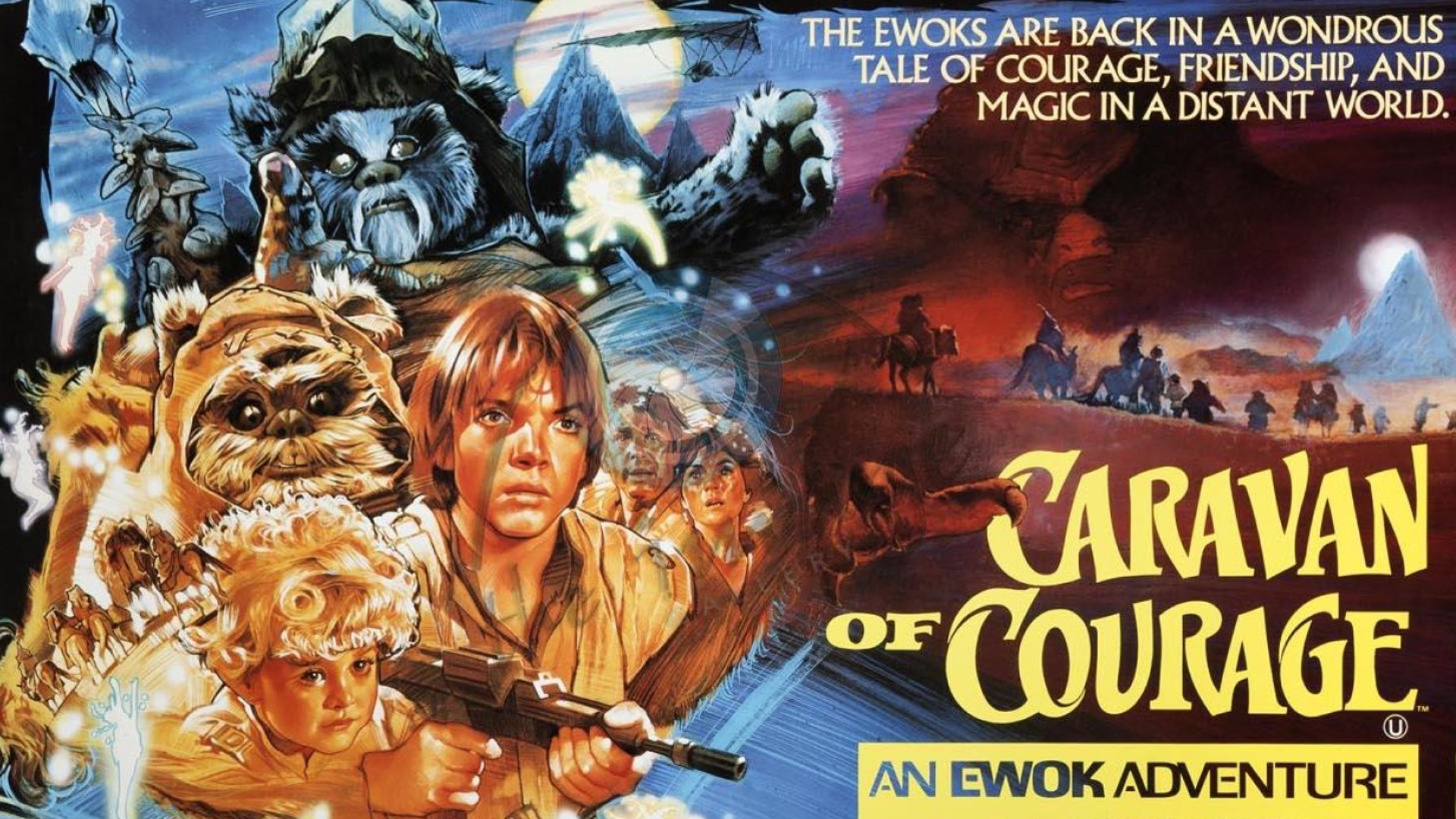 While the original Star Wars trilogy is loved by all, the new creatures that were introduced in 1983’s Return of the Jedi, the Ewoks, are a less favorable aspect of that film. Clearly made to sell more toys, I’ve always personally found them OK and nothing particularly special, but not as bad as some have made out. However, franchise creator George Lucas sought to use these furry creatures to tell further tales in his beloved universe after the original trilogy had finished. In 1984, Caravan of Courage: An Ewok Adventure debuted on ABC as a TV movie. Set back on the forest moon of Endor, it centers around children Mace and Cindel Towani as they look to find their lost parents with the help of the Ewoks, including Wicket from Return of the Jedi (played again by Warwick Davis).

With this long-forgotten TV movie now available on Disney+, I decided to watch it to see if it had any merit, or if it was just a ridiculous, ill-fated project to begin with. Alas, I found myself aligning with the latter point of view! It’s safe to say Caravan of Courage is one of the worst things to come out of the Star Wars franchise and is an utter waste of time. To be honest, I can’t really think of a single element that’s really worth praise. The acting is atrocious, and while I know that sounds harsh considering our main characters are children, I just couldn’t stand them. Mace is annoying and brash, while Cindel is just your typical naive kid with no other defining qualities. The Ewoks themselves don’t really warrant a film for themselves, as they just aren’t interesting enough. They were fine for a supporting role in one movie, but not for something like this. The plot is simple, but seems a bit too fairytale-ish, more like Lucasfilm’s Willow (which would release four years later) than a Star Wars product. However, the oddest feature of this movie is Burl Ives, who plays a narrator to give us some background here and there. Not only does it feel out of place, but whenever the kids aren’t on screen, it feels like I’m watching a nature documentary about Ewoks being narrated to me. It’s strange, to say the least!

So, is Caravan of Courage worth the time of the avid Star Wars fan if they haven’t seen it? I’d say no. If you’re a super completest, maybe you could give it a go, but I wouldn’t go that far. It’s just such an amateur production that doesn’t contain much of the magic that makes Star Wars. Thank heavens it was removed from the current canon!

Related Topics:Caravan of Courage: An Ewok AdventureNewsReviewsStar Wars
Up Next