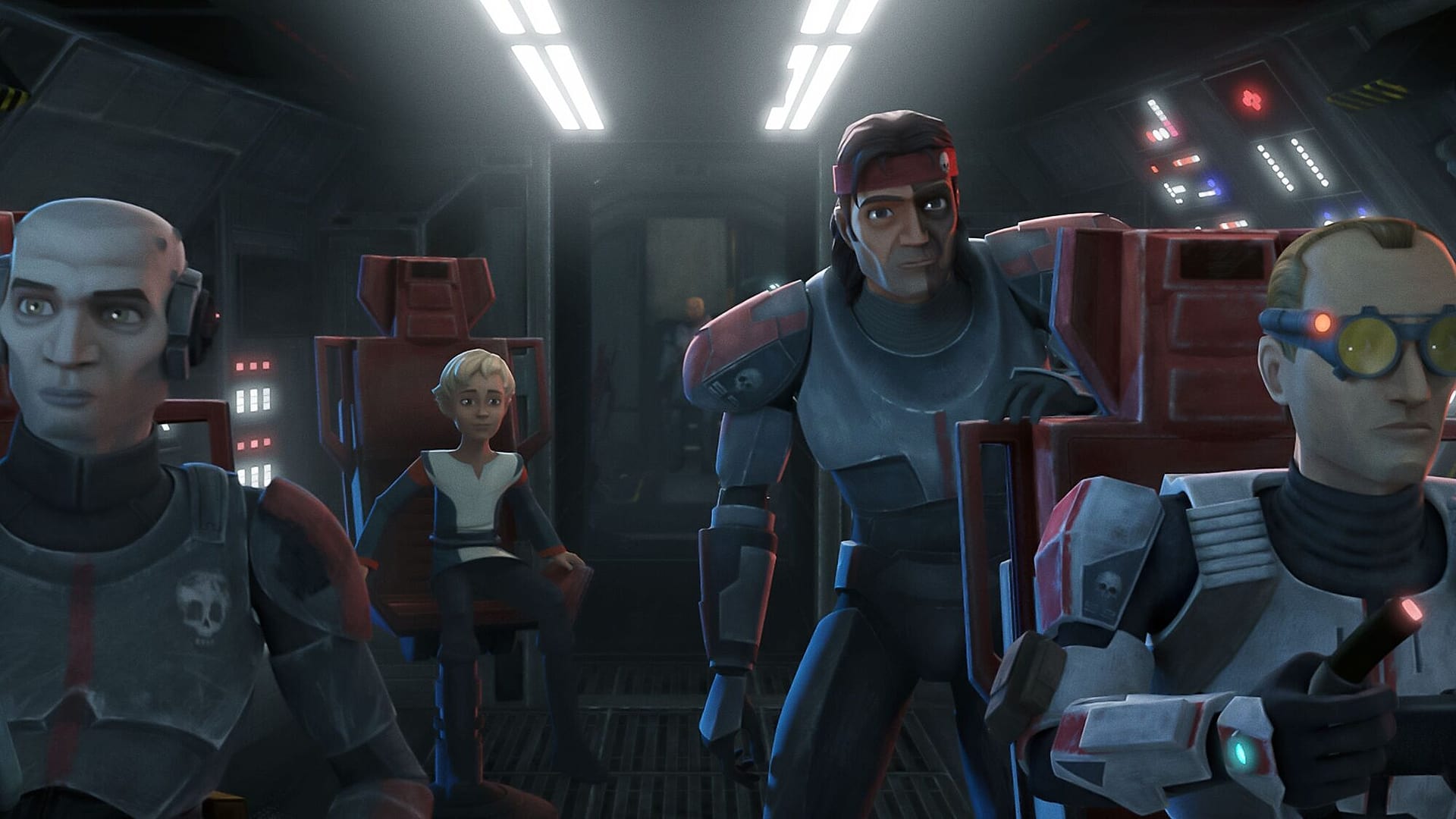 On Friday, May 14, 2021, the third episode of Star Wars: The Bad Batch titled “Replacements” aired on Disney+. The episode introduced us to the elite squad of Imperial soldiers. Check out our list of Easter eggs and references below!

In the opening scene of the episode, Hunter gives the crew food from the ration kit. The ration kit resembles the one Luke has on Dagobah in Star Wars: The Empire Strike’s Back. Similar to Luke and Yoda, Wrecker wants to eat Omega’s rations.

Next, Admiral Rampart refers to Tarkin as “Governor Tarkin.” Fans can infer that he was promoted off-screen. Tarkin was first referred to as a governor in Star Wars: A New Hope by Princess Leia. Although Tarkin bears a new rank insignia, he is still an admiral and not the Grand Moff yet, as indicated by the closing credits.

In this episode, we’re formally introduced to Admiral Rampart. We learn that he is overseeing “Project War Mantle” – the conscription of the Imperial army. Jyn Erso first mentions Project War Mantle in Rogue One: A Star Wars Story when she retrieves the Death Star plans from the vault on Scarif.

Project War Mantle includes an elite squad of conscripted soldiers led by the Imperial turncoat, Crosshair. Little is known about this unit of soldiers. However, their armor and visor colors resemble Imperial death troopers from Rogue One.

Following the crew’s crash, Echo and Tech go outside of the ship to investigate the cause. This scene pays homage to The Empire Strike’s Back when Han and Leia examine the hull of the Millennium Falcon on the asteroid. Although instead of finding a giant space slug or mynocks, the Bad Batch encounters a new creature called an Ordo Moon Dragon.

The series premiere alluded to the possibility of a Kamino uprising. This episode further supports this theory. The uprising was first mentioned in the Legends game, Star Wars: Battlefront II (2005). In the game, clone troopers on Kamino defect from the Empire following Order 66. At the end of the episode, we learned that the Kaminoans are looking for genetically modified clone troopers to replace Jango Fett’s deteriorating template. This information is leading fans to speculate that an uprising is imminent.

Daisy Ridley in Talks to Return to ‘Star Wars’