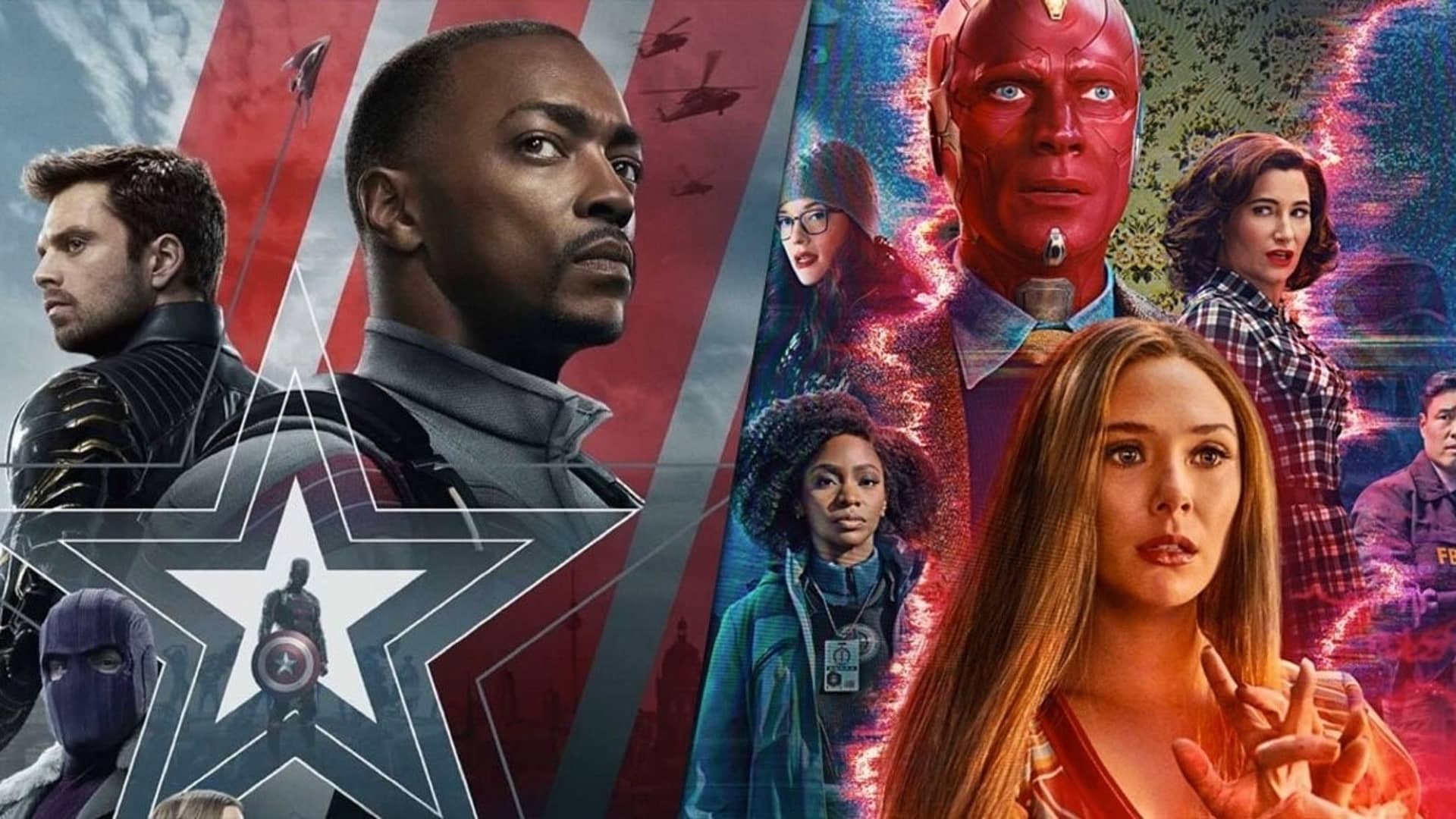 Shortly after the release of Avengers: Endgame, fans clamored for an Oscar nomination for Robert Downey Jr. to no avail. With the visceral storytelling and deeper character dives of late in both WandaVision and The Falcon and the Winter Soldier, could Marvel actors have a shot at Emmy glory?

Tony Stark’s character arc began with selfishness and ended with self-sacrifice. The MCU gave us vain Tony, perpetual playboy Tony, PTSD Tony, and married dad Tony, all of which RDJ acted with aplomb, so much so that audiences claim they can’t imagine any other actor delivering such an honest, spot-on performance. That said he had ten years to develop and portray his character’s compelling arc.

With the MCU’s foray into television via streaming on Disney+, Marvel’s leader, Kevin Feige, seems to have found a place to reinvent Marvel yet again through genre-defying, culturally relevant storytelling and character arcs that begin and end in six hours instead of ten years.

In WandaVision and The Falcon and the Winter Soldier said six hours were fed to us over several weeks, not only building online fan bases, excitement, and theories about future episodes but engaging audiences in an old school TV format. Fans showed up in droves every Friday to watch each new installment of both Marvel shows.

This release schedule also allows for deeper character study and actors such as Elizabeth Olsen as Wanda, Paul Bettany as Vision, Sam Sebastian as The Winter Soldier, and Anthony Mackie as The Falcon take full of advantage of the depth on the page and perhaps organic character discovery to deliver powerhouse performances on our small screens, if 60 inches can be considered small!

In WandaVision, head writer Jac Schaeffer (yay female writers) creates a genre-bending world, giving Olsen, Bettany, Katherine Hahn, and others an array of colors to play and the actors run with each and every shade. The ease with which Olsen and Bettany float between vintage sit-com comedy, gut-wrenching drama, mystery, and full-on Superhero action is beyond impressive and serves as a showcase for talents the duo may not have known they had.

In the Disney+ behind the scenes series, Assembled , Bettany describes exhilarated nerves before the (filmed before a live audience) pilot and jokes that he hasn’t done live theater in over a hundred years! Following the taping, he says he wonders if he missed his calling in sitcoms. Audiences seem to concur. In the very Meta seventh episode aptly titled, “Breaking the Fourth Wall,” Bettany’s comic delivery of his Modern Family like, talk to the camera lines such as, “I’m not amused,” are pure gold, not to mention his channeling of Dick Van Dyke in the 1950s themed episode.

Both Bettany and Olsen deliver formidable comedic and dramatic performances here and by the time we reach the finale episode, Olsen has not only given us a vintage sit-com wife and an intoxicating, albeit mysterious superhero, but a heart-breaking award-worthy depiction of grief.

THE FALCON AND THE WINTER SOLDIER

In Assembled, F&TWS director Kari Skogland (yay female directors) said, “From the outset, the goal was to be very grounded so that the super side of it became embedded in character but it was also embedded in a very real world. It was important to explore what it means to be a hero in today’s world.”

Head writer Malcolm Spellman not only gifts Anthony Mackie and Sebastian Stan with a Lethal Weapon buddy comedy to relish but also a six-hour character study. The series allows the actors to dive deeper into what healing might look like for their superhero personas in a chaotic world post “blip,” a term used to describe the five years in which half the world’s population was gone, including Mackie and Stan’s characters, thanks to uber-villain Thanos.

At the end of Avengers: Endgame, Mackie’s Falcon is chosen by his friend Captain America to pick up the mantle, or shield in this case, not realizing what being the next Cap would mean both socially and emotionally for a black man in this country.

Mackie delivers an honest, brimming with conflict, emotional journey that ultimately leads Sam to forge his own path. Veteran actor Carl Lumbly as Isaiah Bradley grounds Sam’s arc in a timely way and deserves a supporting nod as well. His character, a black super soldier comes to the story after being put in jail for 30 years due to racism, rather than lauded for his heroic acts of bravery.

Stan’s Winter Soldier, while pardoned for his crimes by the government, begins the series unable to pardon himself. In episode two his insecurity about his identity emerges in a therapy scene that is both moving and funny. Stan endows Bucky with fighting to be contained raw emotion that almost spills out in an honest confrontation with Sam, as well as hilarious touches like stoic silent glares. That striving to contain emotion is never more evident than in the finale when Bucky finally confesses to killing a young man due to Hydra’s mind control, to the man’s father. Stan’s shaky voice and difficulty in getting the words out scream Emmy, but the flashback to Wakanda scene in episode four, where Bucky is cured of the horrific brainwashing screams the loudest as Stan smiles, letting tears of elation stream down his face.

MCU supporting players until now, Mackie and Stan both get to spread their leading man wings in the series, no pun intended. The actors are steeped in heavy subject matter peppered with witty banter. Both display range that defies genre, nailing every note in a symphony of emotions sandwiched between intensely choreographed action sequences.

Only time will tell if the Emmys will reward these layered performances or overlook them as the Oscars did with RDJ. Either way, Marvel’s creative teams are offering actors challenging roles in series television and the casts are more than rising to those challenges. Here’s hoping the Emmys show them some love!

‘Falcon and the Winter Soldier’: Anthony Mackie Coming Back Soon?