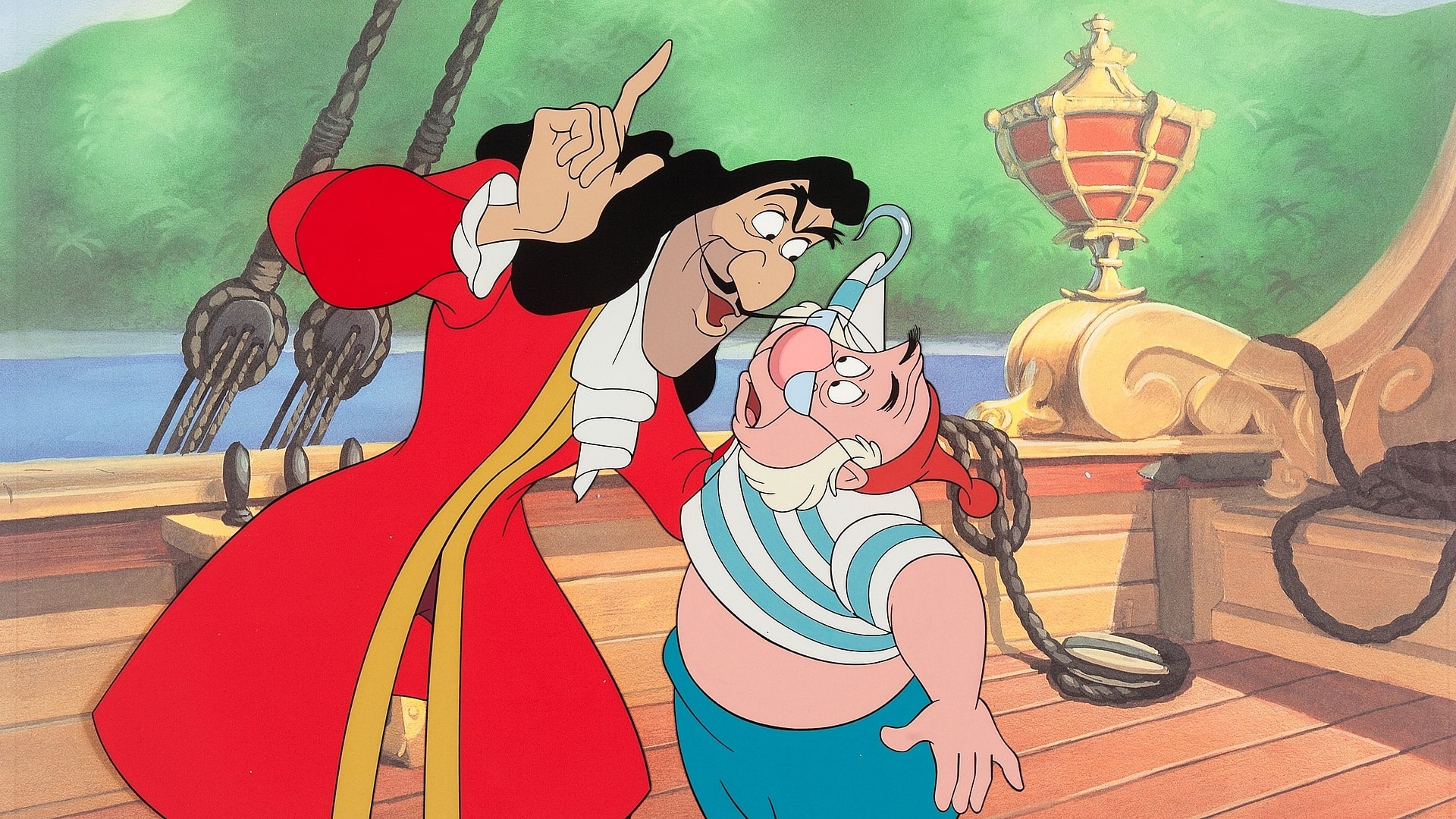 Recently, we got our first look at Jude Law as the villainous Captain Hook from the upcoming Disney+ film, Peter Pan & Wendy. As development in Vancouver, Canada continues, we now have a new look at the character and his doltish first mate, Smee.

Courtesy of JustJared, new set photos give us our first look at Jim Gaffigan as Captain Hook’s faithfully clumsy first mate Smee and a brand-new look at Jude Law as Captain Hook. Onboard the Jolly Roger, they are joined by a group of swashbuckling pirates.

Peter Pan & Wendy is based on J. M. Barrie’s novel Peter and Wendy and was inspired by the 1953 animated classic. The film will return to the magical Neverland with stars Yara Shahidi (Grown-ish) as Tinkerbell, Ever Anderson (Black Widow) as Wendy, Alexander Molony (The Reluctant Landlord) as Peter Pan, Molly Parker (House of Cards) as Mrs. Darling, Alan Tudyk (Rogue One: A Star Wars Story) as Mr. Darling, and newcomers Joshua Pickering as John, Jacobi Jupe as Michael, and Alyssa Wapanatâhk as Tiger Lily.

The film is expected to release in 2022 on Disney+.