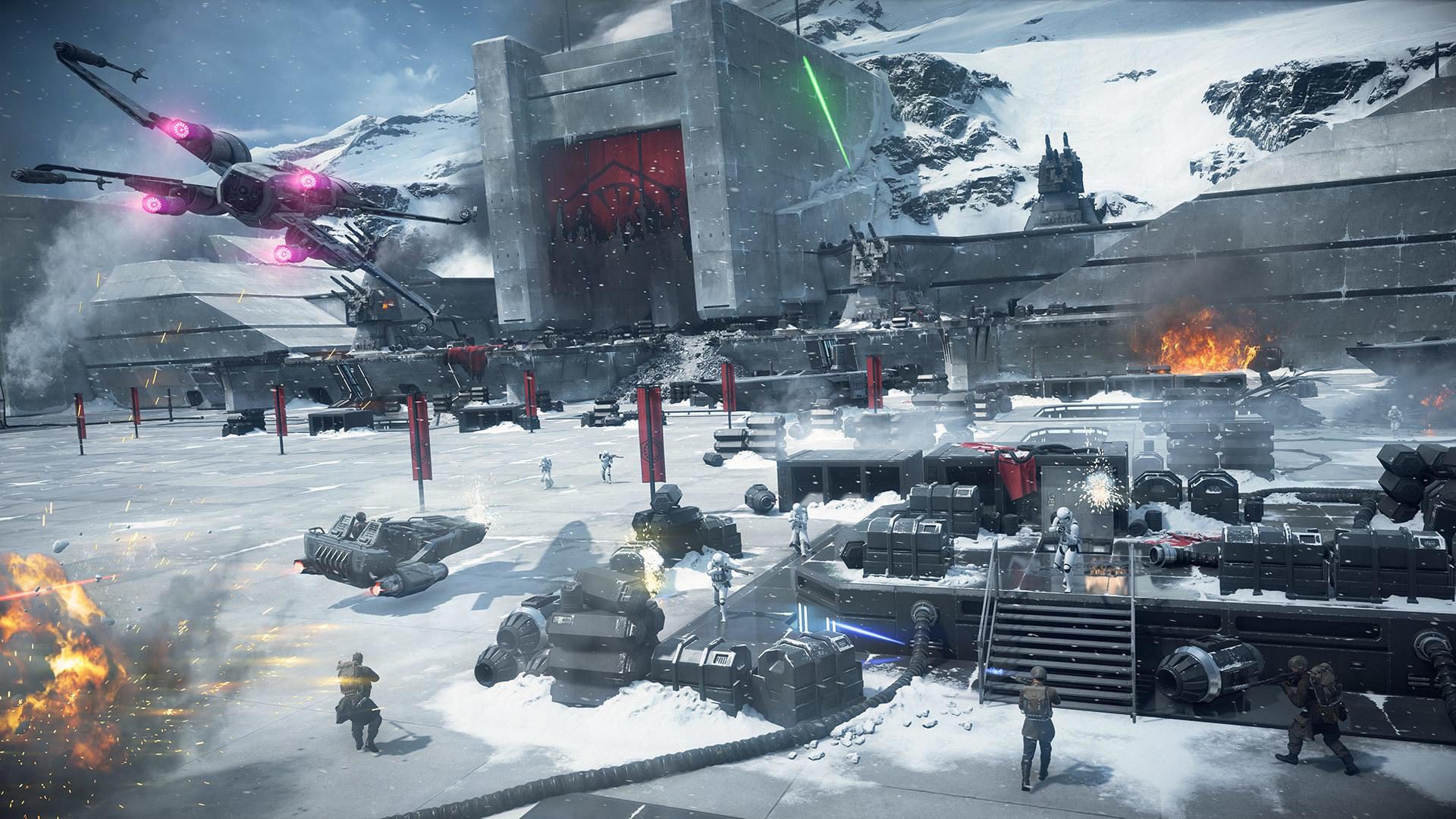 A recent leak claims to have unveiled our first look at Star Wars Battlefront 3, which has been circulating for the past year but has yet to be officially announced or revealed by DICE and EA. Unfortunately, the leak isn’t as thrilling as the term “first look” implies, as it doesn’t disclose any gameplay, characters, or anything substantial.

Unfortunately, the leak does not disclose how the map will appear in-game, but it does reveal a skyline that is still in progress. Although the picture isn’t particularly impressive, it is said that the game will be promoted alongside the Coruscant map and Ahsoka, just as Battlefront 2 did with Maul and Naboo, and Battlefront did with the AT-AT and Hoth. Furthermore, the leaker says that Ahsoka will be designed from her role in The Mandalorian, with Rosario Dawson providing the voice work.

Lastly, the leak also mentions the return of co-op with decreased XP gain, a revamped Star Card system, a new loadout system, and the merger of Starfighter Assault and Galactic Assault.

DICE or EA have yet to comment on the supposed “leak” with no official word on the project’s existence nor its release date.

Do you think the “first look” is legit? What would you like to see in Battlefront 3?