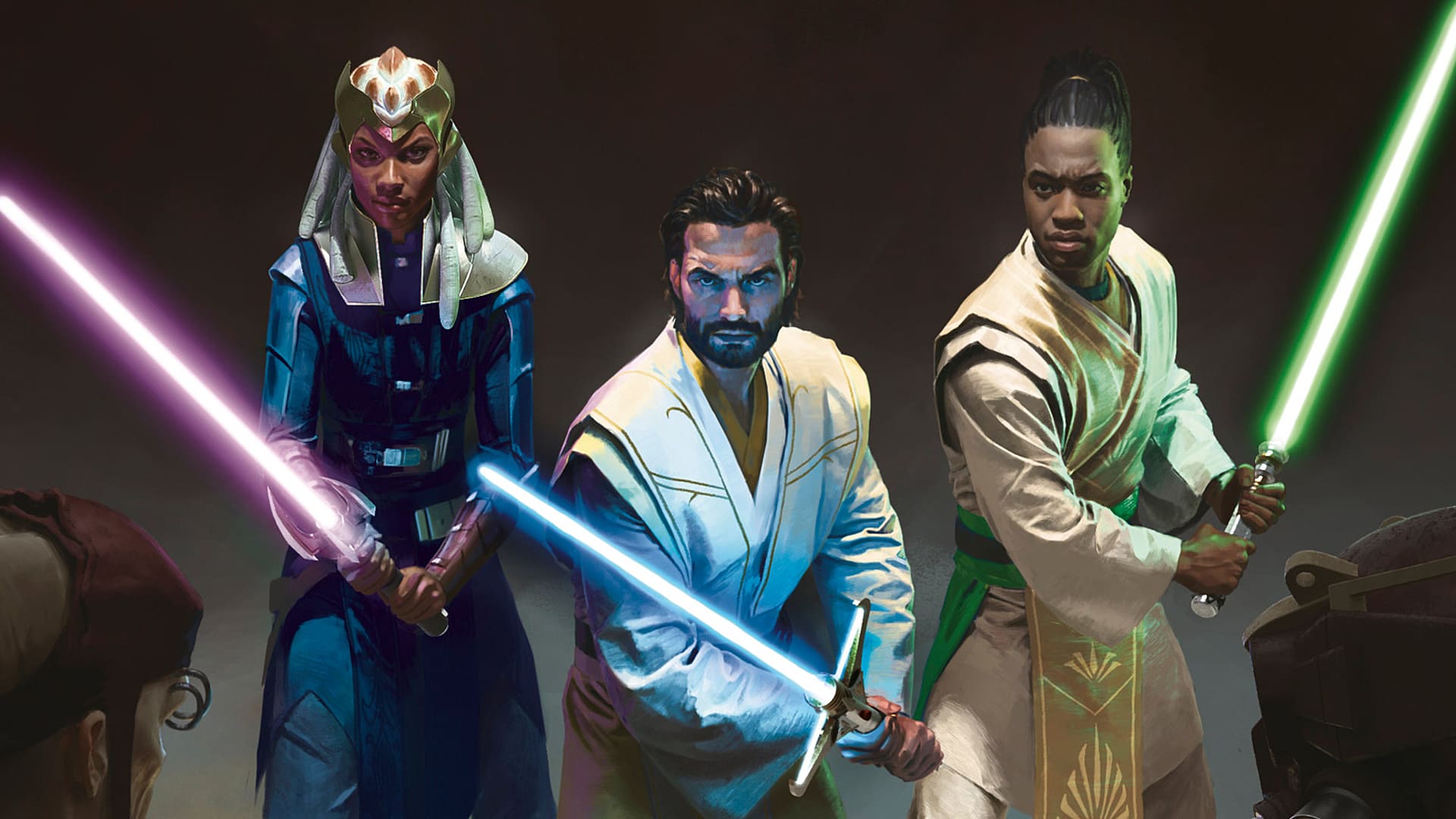 Today, the official Star Wars website has revealed its upcoming slate of content for its ongoing multi-platform High Republic saga. Set at the peak of the Jedi Order, these newly-announced stories are part of Phase 1, Wave 2 — meaning, that the expansion has only just begun!

Here is a comprehensive list of new titles announced with their corresponding covers and descriptions:

The High Republic #6: Heart of the Drengir

In this latest issue, the Jedi of Starlight Beacon join forces with their most feared enemy to face the terror of the unstoppable Drengir horde. As Avar Kriss and her new allies fight the nightmarish creatures on a harsh lava world, can young Jedi Keeve Trenni save her former master from the darkness?

In preparation for the Republic Fair on Valo, the Agrarian and Agricultural Alliance is having their annual seed bank conference on Starlight Beacon.  This is a chance for the agricultural experts from all over the galaxy to come together to discuss experimental farming techniques and sustainability.  Administrator Velko Jahen and Starlight Beacon’s Head of Security Ghal Tarpfen have been stressed nearly to the breaking point with ensuring the safety of the Starlight while also making certain that the conference goes off without a hitch. And the pair will be pushed to the limit when the Drengir slither onto the scene…

Following the dramatic events of Light of the Jedi, the heroes of the High Republic era return to face a shattered peace and a fearsome foe.

In the wake of the Great Hyperspace Disaster and the heroism of the Jedi, the Republic continues to grow, bringing more worlds together under a single unified banner. Led by Chancellor Lina Soh, the spirit of unity extends throughout the galaxy, with the Jedi and newly established Starlight Beacon station at the vanguard.

In celebration, the chancellor plans “The Republic Fair,” a showcase of the possibility and peace of the expanding Republic—a precept the Jedi hope to foster. Stellan Gios, Bell Zettifar, Elzar Mann, and others join the event as ambassadors of harmony. But as the eyes of the galaxy turn toward the Fair, so too does the fury of the Nihil. Their leader, Marchion Ro, is intent on destroying this spirit of unity. His storm descends on the pageantry and celebration, sowing chaos and exacting revenge.

As the Jedi struggle to curb the carnage of the rampaging Nihil, they come face to face with the true fear their enemy plans to unleash across the galaxy. The kind of fear that even the Force cannot shield them from.

The Republic Fair is coming! Visitors from all over the galaxy are traveling to the planet Valo for a massive, awe-inspiring festival celebrating the Republic. While his fellow Valons prepare for the fair, Jedi Padawan Ram Jomaram is hiding out in his favorite place: a dingy garage filled with mechanical parts and tools. But when a security alarm goes off on the nearby hilltop nicknamed Crashpoint Peak, he ventures out with his trusty droid V-18 to investigate. There he discovers that someone has knocked out Valo’s communications tower—a frightening sign that Valo, and the Republic Fair, are in danger. Sure enough, as Ram races to warn the Jedi, the dreaded Nihil unleash a surprise attack! It’s up to Ram to face down the enemy at Crashpoint Tower and send a call for help to the Republic. Luckily, he’s about to get some assistance from unexpected new friends…

As the galaxy prepares for the Republic Fair, Qort and Farzala leave their Padawan friends to join Leox Gyasi and the crew of the Vessel on a secret mission for the Jedi. What could possibly go wrong? As it turns out: literally everything.

Out Of The Shadows

Sylvestri Yarrow is on a streak of bad luck with no end of sight. She’s been doing her best to keep the family cargo business going after her mom’s death, but between mounting debt and increasing attacks by the Nihil on unsuspecting ships, Syl is in danger of losing all she has left of her mother. She heads to the galactic capital of Coruscant for help, but gets sidetracked when  she’s drawn into a squabble between two of the Republic’s most powerful families over a patch of space on the frontier. Tangled up in familial politics is the last place Syl wants to be, but the promise of a big payoff is enough to keep her interested…

Meanwhile, Jedi Knight Vernestra Rwoh has been summoned to Coruscant, but with no idea of why or by whom. She and her Padawan Imri Cantaros arrive at the capital along with Jedi Master Cohmac Vitus and his Padawan, Reath Silas—and are asked to assist with the property dispute on the frontier. But why? What is so important about an empty patch of space? The answer will lead Vernestra to a new understanding of her abilities, and take Syl back to the past…and to truths that will finally come out of the shadows.

As one of Marchion Ro’s most trusted allies (well, as far as Marchion trusts anyone) Lourna Dee has carved out a place for herself as a leader among the Nihil. But it’s lonely at the top, and a Tempest Runner like Lourna is always watching her back for threats—whether those threats are from the Jedi or her fellow Nihil.

The Edge Of Balance

In the aftermath of the Great Hyperspace Disaster, young Jedi Knight Lily Tora-Asi is assigned to help displaced civilians relocate to Banchii, a planet in the Inugg system far in the Outer Rim. While balancing the arrival of incoming settlers and teaching the Padawans on their Temple outpost, Lily must also confront an attack by the insidious Drengir and, after the events of the Republic Fair, deal with the growing threat of the Nihil. But the dangers to Lily and her Padawans are much closer than she thinks…

Showdown At The Fair

The Republic Fair has come to the planet Valo, and everyone is celebrating. Until the dreaded Nihil launch a surprise attack and Burryaga the Wookiee and the other Jedi of the High Republic must save the day!

The High Republic era continues to fascinate and become Lucasfilm’s most illustrious expansion in the franchise’s history. It’ll be interesting to see if the studio decides to bring any of these stories to the big screen or through an animated series on Disney+. Exciting time being a Star Wars fan!

Stay tuned here for the latest on all things Star Wars!