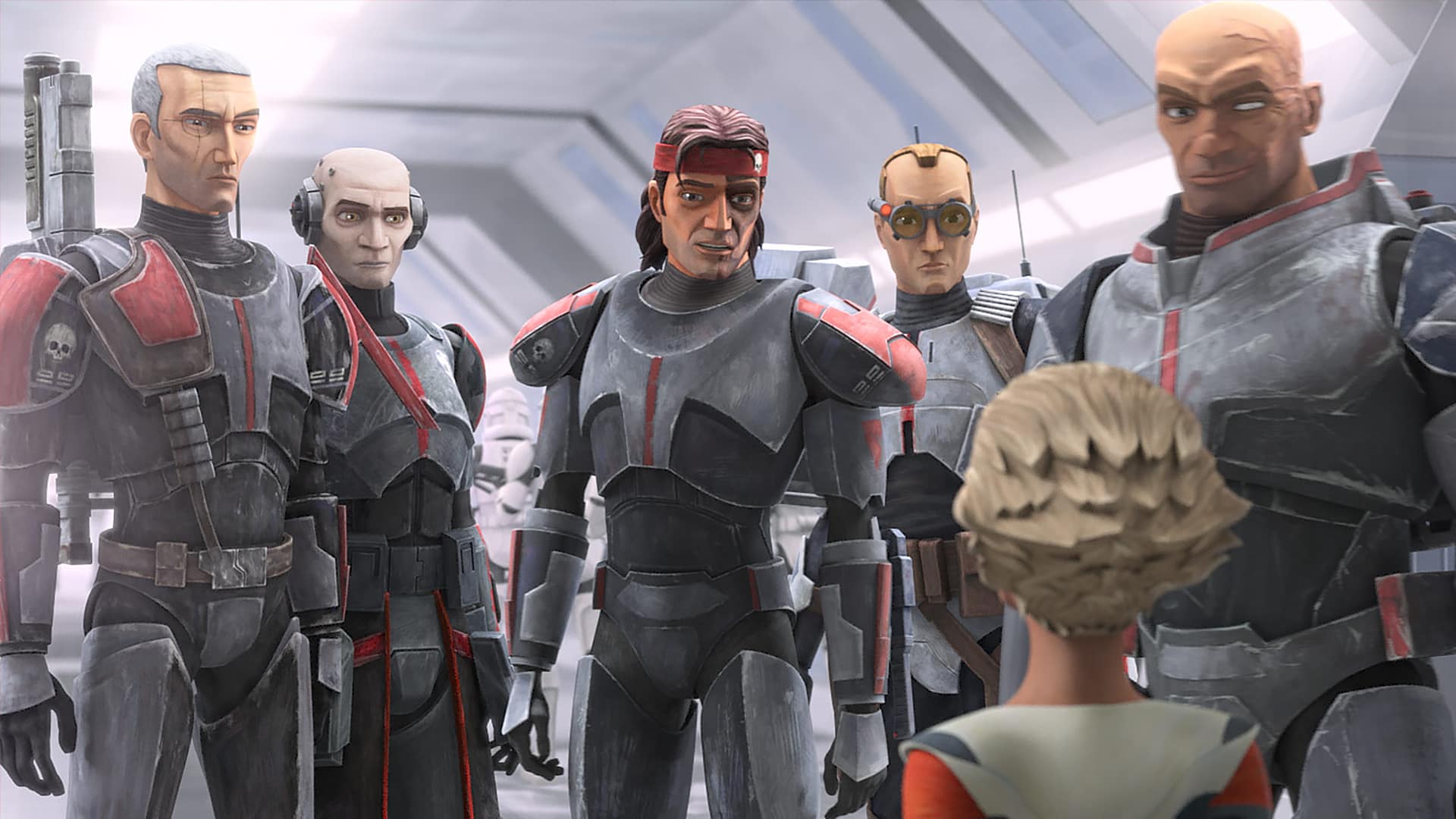 Lucasfilm has released a new trailer that gives us a new look at their upcoming Star Wars animated series, The Bad Batch.

The trailer features two-minutes of the elite group of clones who are involved with the Empire following the events of Revenge of the Sith. And of course, Grand Moff Tarkin is monitoring their every move. Along the way, it seems the Bad Batch takes on a youngling.

Every crew member was given their moment of glory in the trailer including the return of Ming Na Wen’s character Fennec Shand.

A surprise appearance of Captain Rex alongside wartime extremist Saw Gerrera was briefly shown, possibly hinting toward a brief union of some sorts.

Check out the new trailer below:

Alongside the trailer, a new poster was revealed that highlights the Bad Batch’s epic look:

The Bad Batch premieres exclusively on Disney+ on May 4.