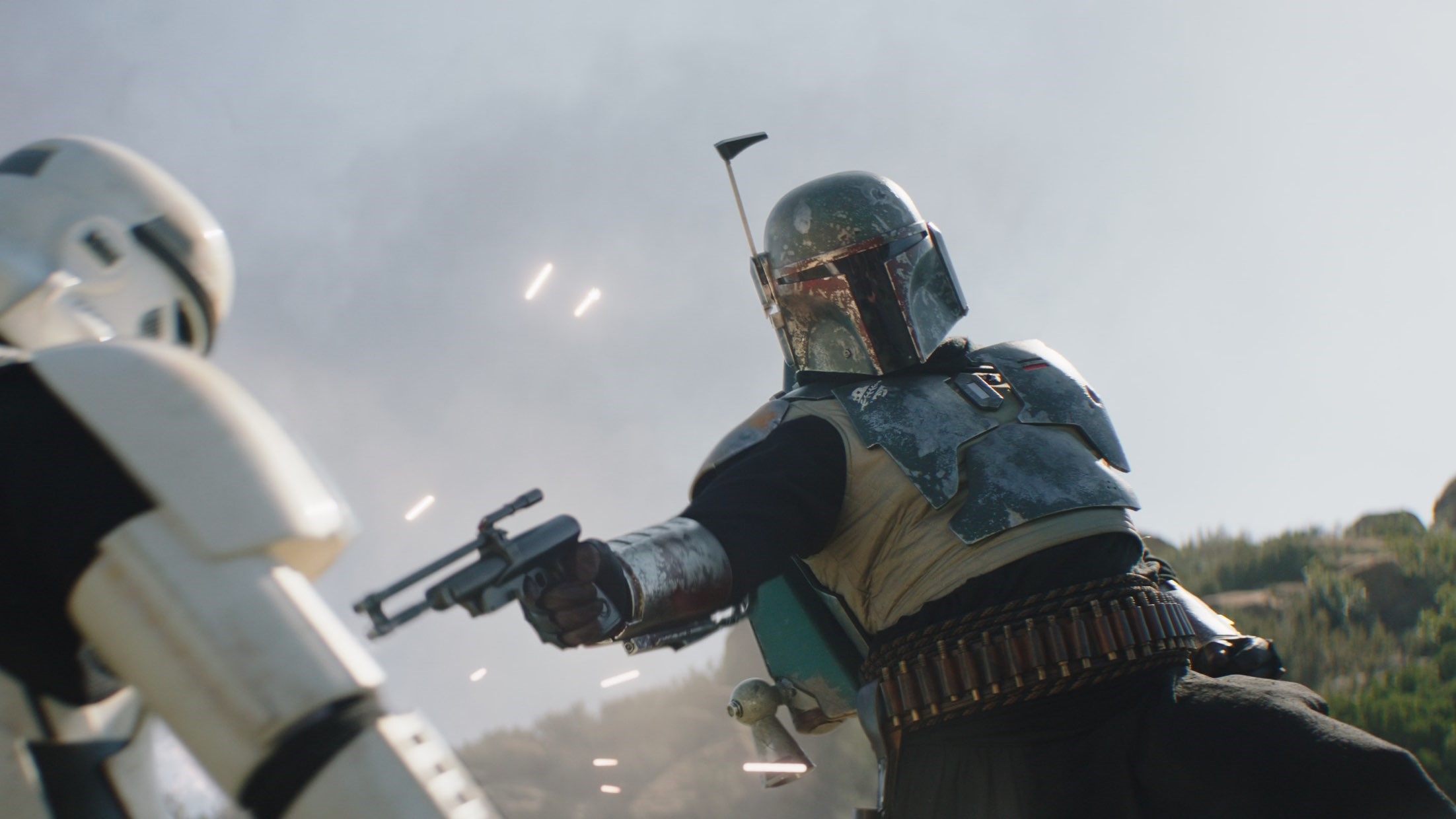 Slated for December 2021, The Book of Boba Fett aims to feature the infamous bounty hunter’s dealings following his brief encounter with Din Djarin in The Mandalorian. Before sitting on his former boss’ throne (Jabba the Hutt), Boba then killed Bib Fortuna to become the new crime lord of Tatooine. It was an intense, thrilling, and brutal teaser for what’s to come in The Book of Boba Fett.

One of the most interesting questions from Boba Fett’s survival is: Who is on the bounty hunter’s hitlist? Well, here’s every character we think Boba Fett could fight in his upcoming spin-off series…

Following Boba’s untimely death at the beginning of the Return of the Jedi, Han Solo became public enemy number one. Alden Ehrenreich recently reprised the role of Han Solo in Solo: A Star Wars Story. The actor mentioned in 2018 that his contract included a 3-movie deal as the deceitful smuggler, but it was later assumed that Disney must have bought him out. Behind the scenes, the actor may have a new deal to reprise his role again as the titular smuggler. If that happens, we might see an epic showdown between two of the most unlawful characters in the Star Wars universe.

Dying at the lightning-struck hands of Emperor Palpatine and falling to his doom in the Coruscant city skyline, Samuel L. Jackson’s Mace Windu needs to return. The Jedi Master’s death was overshadowed by sadness and darkness with the rise of Darth Vader. If there is one surprise Jedi return that would create a tsunami-sized uproar in the Star Wars fandom, it would be Mace Windu. Also, if there is one person who could defeat Boba Fett is Mace Windu. I mean, he did kill Boba’s father Jango in Attack of the Clones. What more reason does Boba have than to kill the infamous purple lightsaber swinging Jedi?

Boba Fett had a rocky past with Bossk. The Wookie hunting Trandoshan alongside fellow bounty hunters Aurra Sing and Castas helped train and raise the young Boba. His partnership with them led to a revenge-filled mission to kill Mace Mindu.

Throughout Star Wars canon, Bossk and Boba haven’t always been on good terms. They’ve bumped heads too many times which has led to a complicated relationship. A fight between these two could be what exactly the series needs. The competitive nature between these two could lead to one of the most epic fights outside of Anakin and Kenobi’s memorable duel in Revenge of the Sith.

The last time Boba crossed paths with the smooth-talking galactic card shark, Lando Calrissian was helping Princess Leia and Chewbacca escape from the Imperial confinements of Cloud City. While this may not seem like much of a reason to disintegrate him, it gives Boba the satisfaction that no one ever crosses a bounty hunter so esteemed and feared as himself. And with Lando getting his own Disney+ series, this may be the time to reignite the character following his appearance in Solo: A Star Wars Story.

There are tons of options for The Book of Boba Fett to explore. The creators behind the series could go a totally different route. Reviving these characters may not sound original, but the reason behind their returns is what could set The Book of Boba Fett on a path of epic showdowns and memorable moments that Star Wars fans don’t have to read only in comics — the possibilities are endless.

The Book of Boba Fett arrives December 2021 on Disney+.