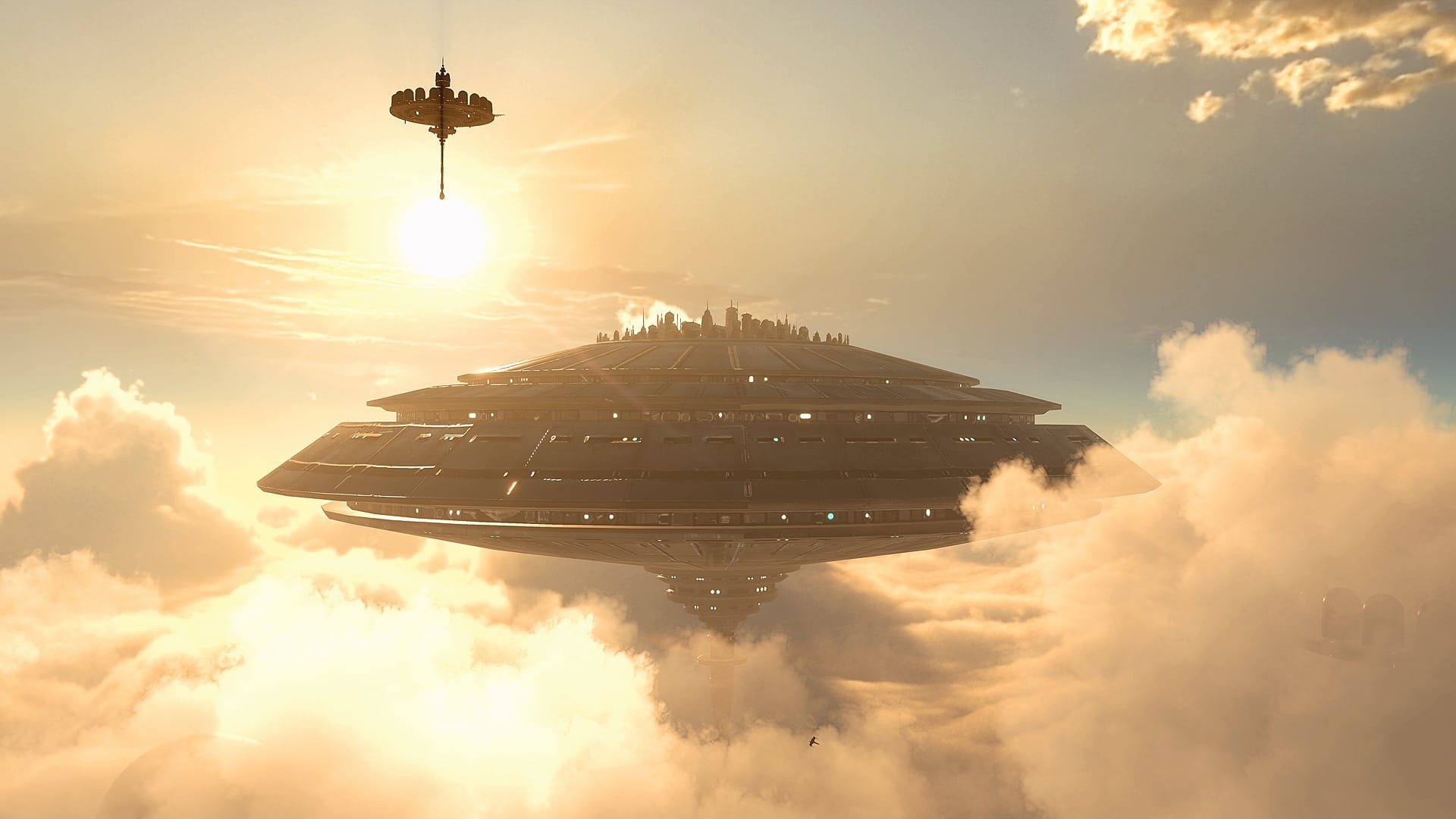 Back in 2019, no one was aware how controversial The Rise of Skywalker would be compared to Rian Johnson’s incredibly divisive The Last Jedi. Although the J.J. Abrams’ finale never quite divided the fandom as severely as Rian’s entry, The Rise of Skywalker still lingers as a conversation piece amongst fans.

Some fans believe that the addition of Palpatine was a cheap move of fan service to abruptly bring the trilogy to an end and hopefully make it a cash cow. You must [believe] in what you feel is right, of course. Despite what your feelings are of the film, concept artist James Clyne has revealed a new piece of concept art that was added late in the film:

For comparison, his design of Bespin was altered in the film because the production team was “looking for a dramatic composition.”

“Part of a quick montage at the end of ‘The Rise of Skywalker.’ Fun building Bespin under pressure. Only had a day to work this out because it was late in the production and we were all under the gun. Note: scale of Star Destroyer is waaay off. Mainly because the team was looking for a dramatic composition.”

What do you think of Clyne’s statements? It sounds like he’s insinuating that The Rise of Skywalker was maybe a rushed production. Let us know in the comments below!

Related Topics:James ClyneMoviesNewsStar Wars: The Rise of Skywalker
Up Next