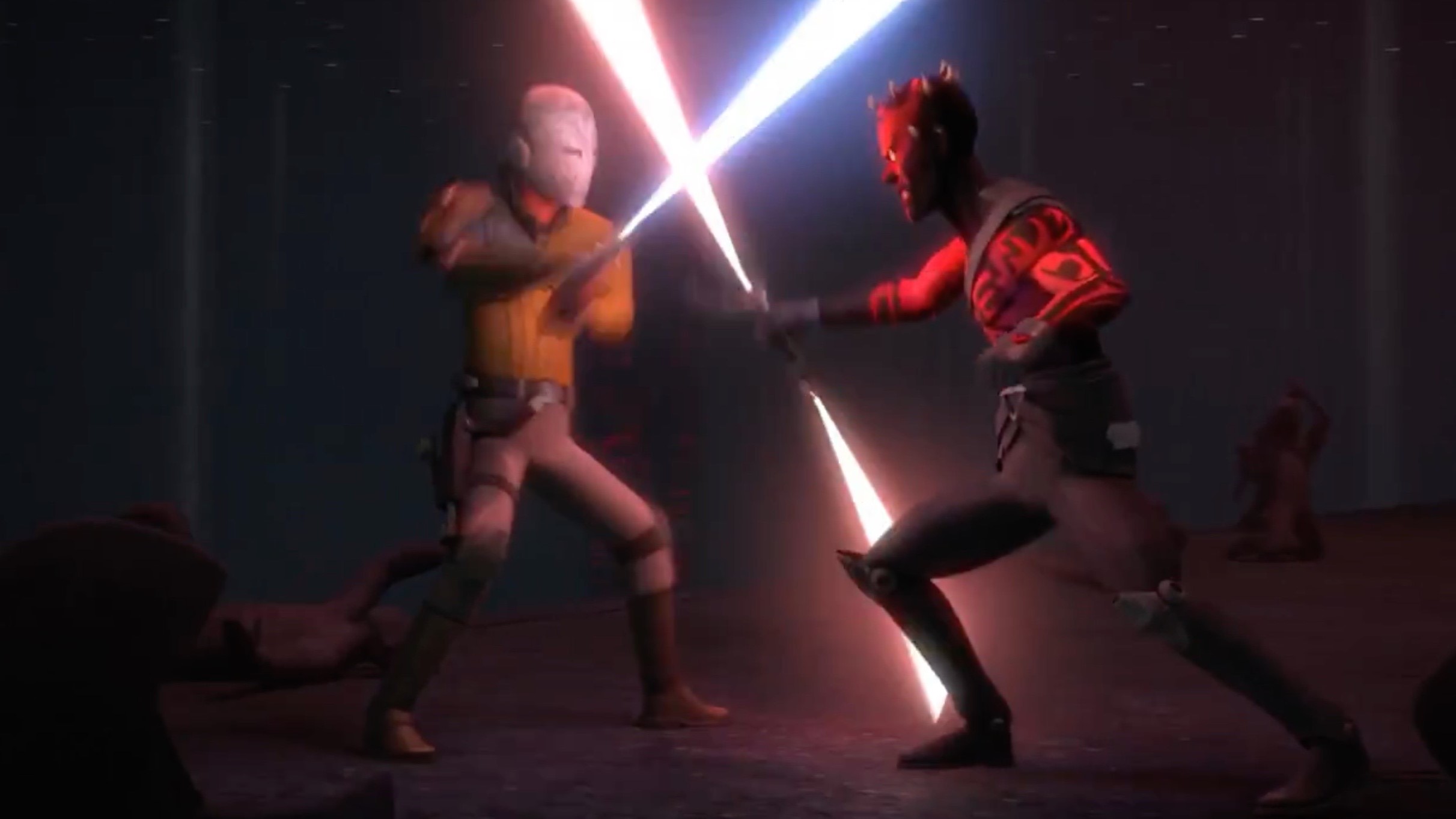 There has been a lot of talk about Star Wars Rebels regarding its transformation into live-action. Recently, rumors have swirled that Aladdin actor Mena Massoud was cast to play Ezra Bridger in the upcoming Ahsoka series. Since then, no official word from Lucasfilm has confirmed as such. Sadly, one character from the animated series Rebels that won’t be returning is Kanan Jarrus, Jedi Master.

During the final season of Star Wars Rebels, Kanan Jarrus sacrificed his life for his loved ones. After he met his fate, the Ghost crew helped Ezra liberate his home world of Lothal. However, according to an interview with Collider, Kanan voice actor Freddie Prinze Jr. revealed that he and Dave Filoni were planning on Kanan dying by the hands of Maul in “Twilight of the Apprentice”:

“Dave and I talked about me dying at Maul’s hand, at the end of Season 2, but then the same people who didn’t want me for the project suddenly said, “No, he can’t die. He has to be in every episode.””

Prinze Jr. then shared some of his favorite moments from the series:

“The “Trials of the Darksaber” episode was my favorite episode out of all of them… The fight with Maul getting blinded was special. Teaching Sabine was special.”

Finally, the titular voice actor declared how he can’t take any credit for Kanan’s emotional sacrifice:

‘The death, which everyone gives me the most credit for, has nothing to do with me. There’s no dialogue there. That’s all Dave, the animators, music and people more talented than me that made you think it was me.”

May the Force be with you, Kanan Jarrus.