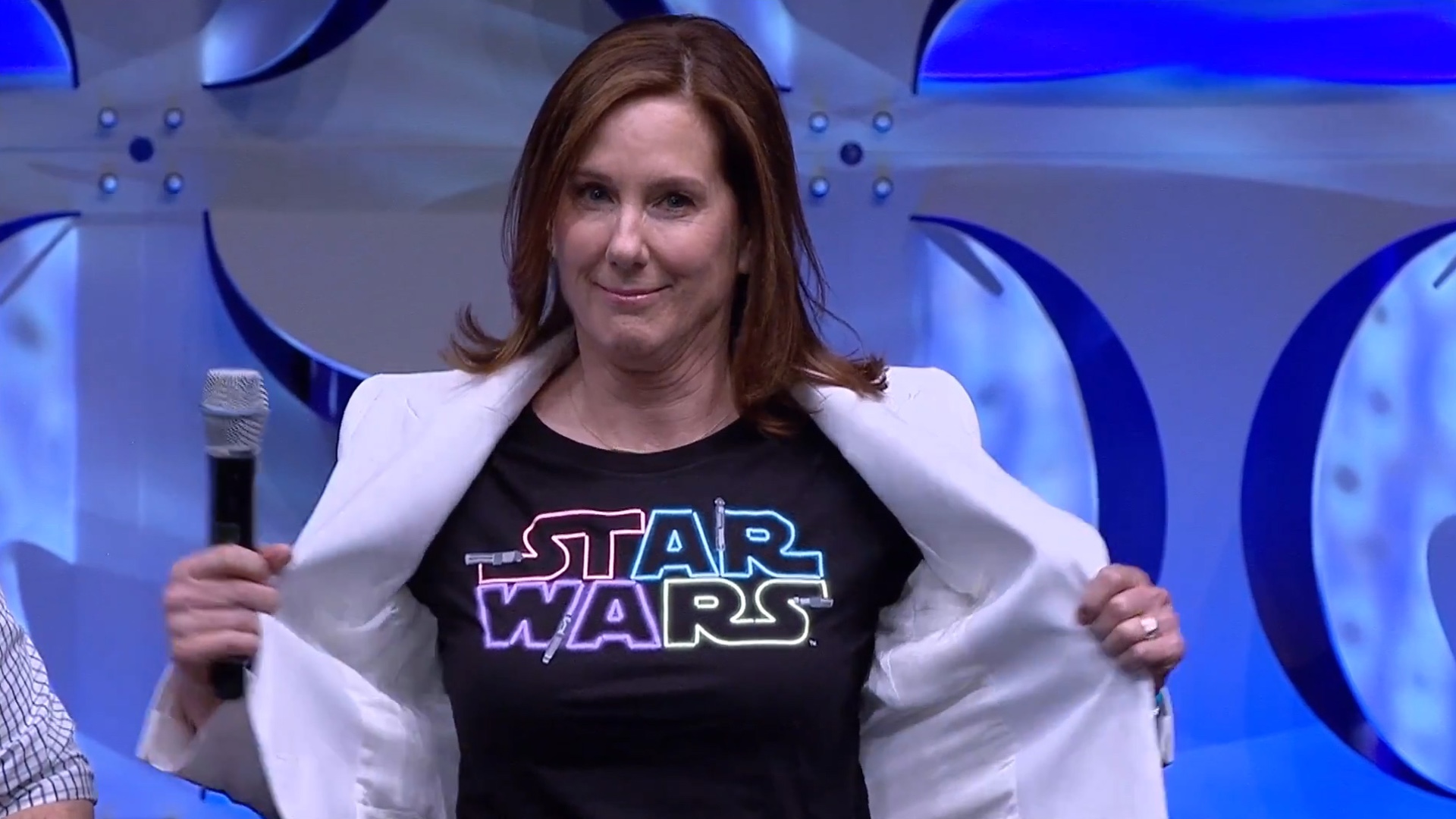 Since the release of Disney’s Star Wars sequel trilogy, Lucasfilm President Kathleen Kennedy has been under fire for her controversial decisions.

Although George Lucas was behind her hiring after selling his franchise to Disney in 2012, many of her decisions have divided the Star Wars fandom and spiraled it downward into its own galactic war.

Kennedy’s contract year is 2021 and increasing rumors have suggested that she’ll be getting the boot from Disney. Suggestions have claimed that Jon Favreau or even Dave Filoni would replace her as the leading executive of Lucasfilm.

However, in a recent statement by Disney CEO Bob Chapek at the 2021 Walt Disney Company Meeting of Shareholders, he reiterated:

“We look forward to having Kathy direct the activities of the entire Lucasfilm organization for many years to come.”

Chapek also shared that Disney has been “thrilled” to have Kennedy’s creative talent at the helm of Lucasfilm.

His comments may come as a disappointment to some, but it appears that Disney has no plans in the near future to replace the titular Star Wars executive.