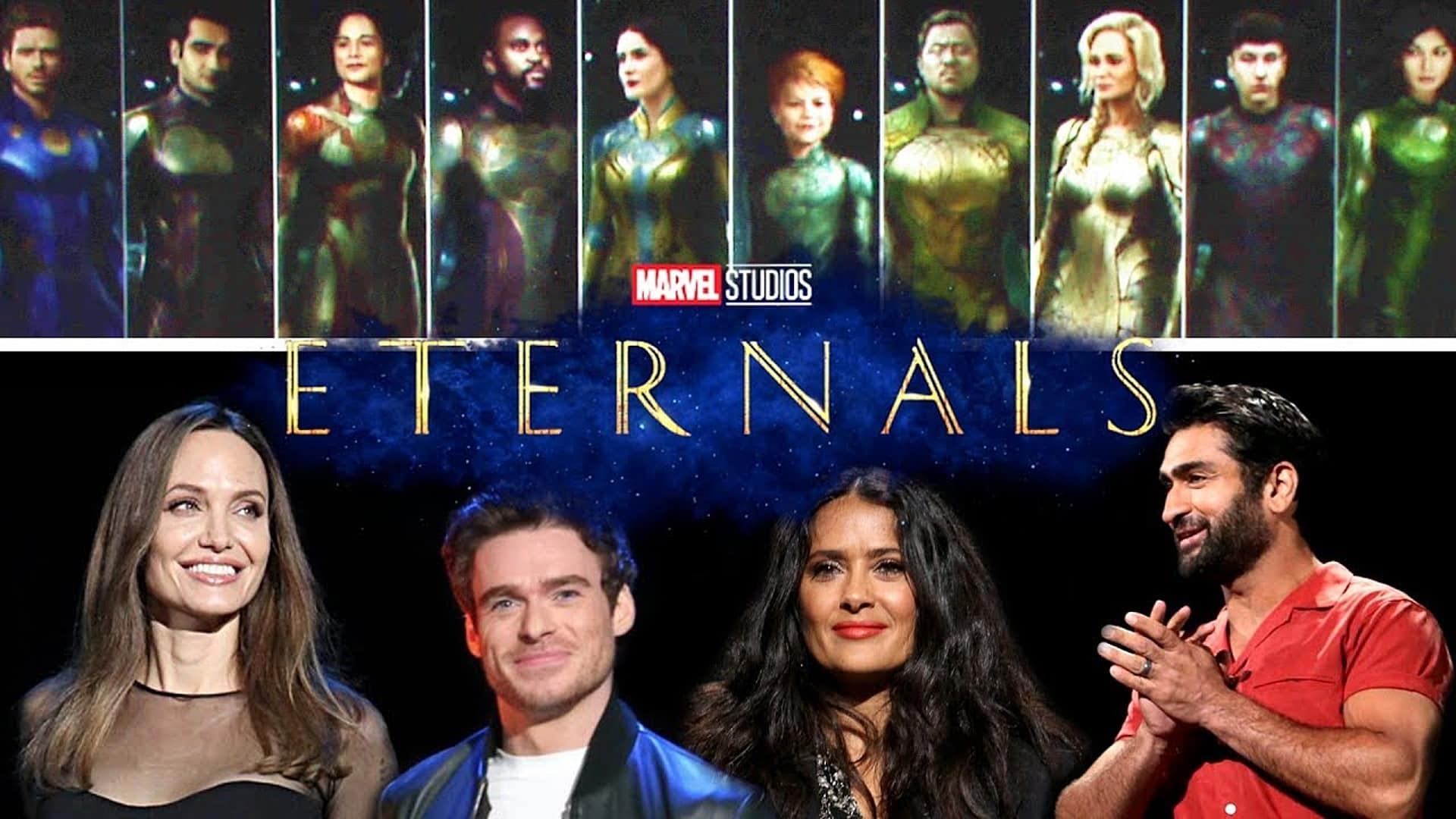 A sneak preview of The Eternal’s villains was revealed via a merchandise leak on Kohl’s website. The retail chain rolled out their new line of tee-shirts to promote the upcoming Marvel film, scheduled to open on November 5, 2021.

The product unveiling offered a peek at the character designs and how they diverged from the comic book source material.

“Kro,” the leader of the Deviants, a sinister alien race created by the Celestials, looks less humanoid and more like an extraterrestrial in the MCU. Absent is the pink countenance that dominated artist Jack Kirby’s version of the shapeshifting Warlord’s physique. In 2021’s updated take, the evil antagonist is given a dull rainbow hue. Four pupil-less eyes stare emotionlessly below a tattooed forehead.

Director Chloe Zhao predicts that these Marvel characters will occupy a unique space within the universe. In her MCU debut, “[You can look forward to] getting to know a group of new heroes, falling in love with them and exploring new mythology. It’s a new ride. It’s gonna be good. I’m proud of it, and I’m very proud of the cast. I’m excited for everyone to see it.”

The reimagined tale of the immortal being’s reintroduction to the humans they’ve protected and battled against is sure to generate curiosity among comic book purists and action-hero film fans alike. “This is a new form of Deviants that we’ll see in the movie,” said Kevin Feige, Marvel Studios President and Creative Officer.

Marvel Releases New Posters for ‘The Falcon and the Winter Soldier’