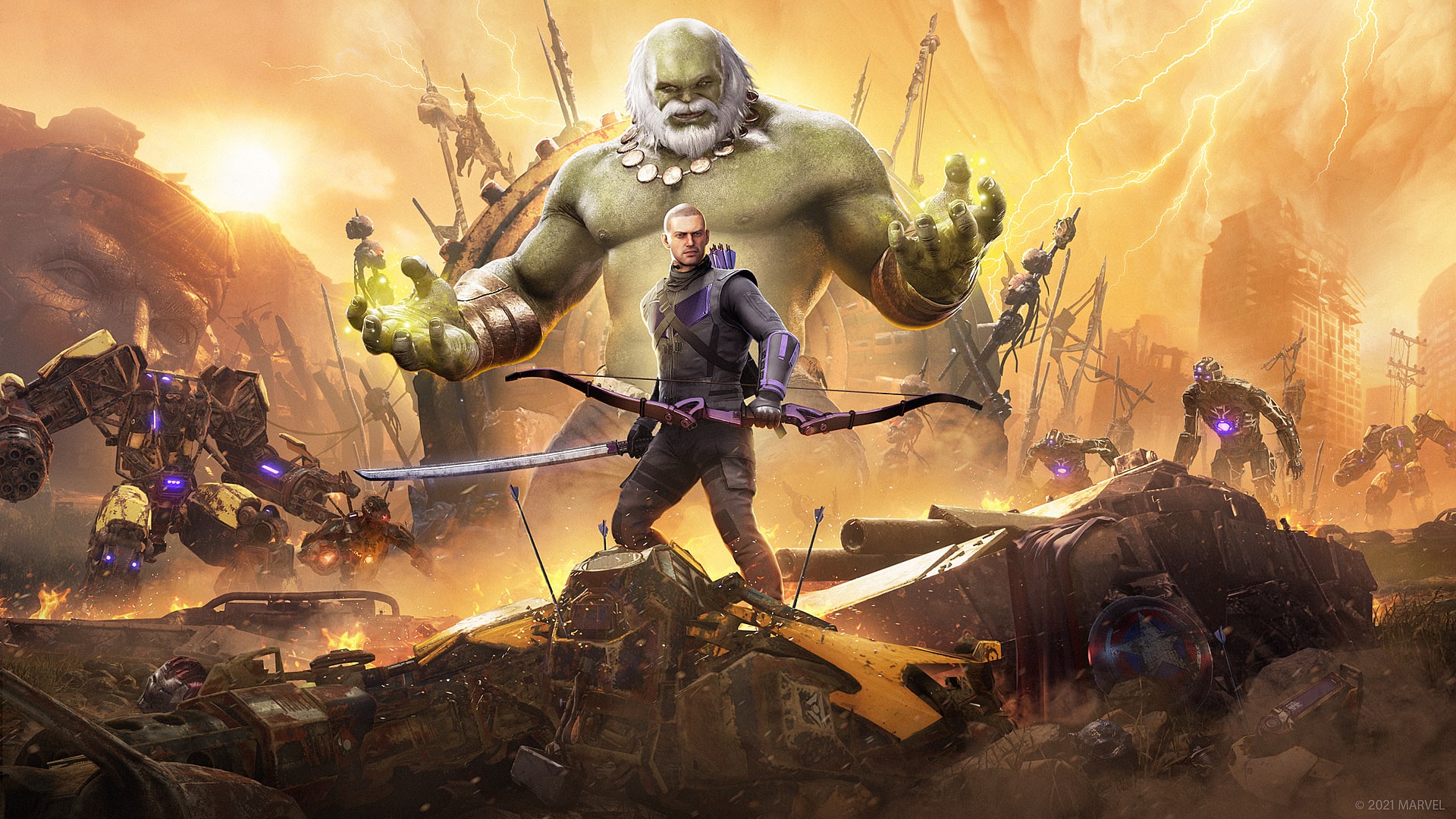 Marvel’s Avengers game will be receiving a large update and rework on it. Avengers launched six months ago, and it had a pretty rough start. While it was the second highest launch of a superhero game, it did not receive the critical and fan praise, nor did it sell near the number of copies that Square Enix had predicted. The game has also been plagued by the number of micro transactions it had for various skins, a topic not favored by gamers.

The developer (Crystal Dynamics) and Square Enix decided that its DLC and updates could redeem the game. They first launched Kate Bishops’ DLC titled Taking Aim, which released in December and in just a couple of weeks they are launching the Clint Barton expansion Future Imperfect. This releases on March 18.

Along with the expansion, Square Enix announced that they are updating significant changes for the XP gains and cosmetic items. The updates on XP gains are to help make character progression a bit slower:

“The current XP ‘curve’ isn’t really a curve at all. In most RPGs, the amount of XP you need to level up increases as you gain levels in a curve, but our system is a straight line. This has led to pacing issues, such as skill points currently being rewarded too fast, which may be confusing and overwhelming to newer players. We want each decision to invest in a skill or Heroic to be more meaningful

Based on these issues, we’ll be increasing the amount of XP needed to level up, starting from around level 25. This amount will increase the closer you get to level 50 so that it will take longer to reach higher levels, and will only affect character level, not power level. If you already have level 50 characters, which is the current maximum, this won’t affect you. If you have a character who isn’t level 50 and want to speed up their progress, take this time to do so before the update on March 18.”

They also added some details to the update on the cosmetic items:

“The first step of this is to temporarily disable the random cosmetic items drops in preparation for the change. Players won’t lose anything they have already earned. These items will be available again in places such as the cosmetic vendor once her store is reworked in future updates and will be purchasable with Units. This will directly affect random chance cosmetic rewards from completing activities (Missions and Strongboxes) and character progression (Hero Level and Faction Level). Numerous patterns will also be temporarily disabled from dropping and in some cases replaced with additional Units that can be spent at the cosmetic vendor.”

Square Enix is implementing these in the Future Imperfect update to help address balancing issues and create a much more balanced gameplay experience.