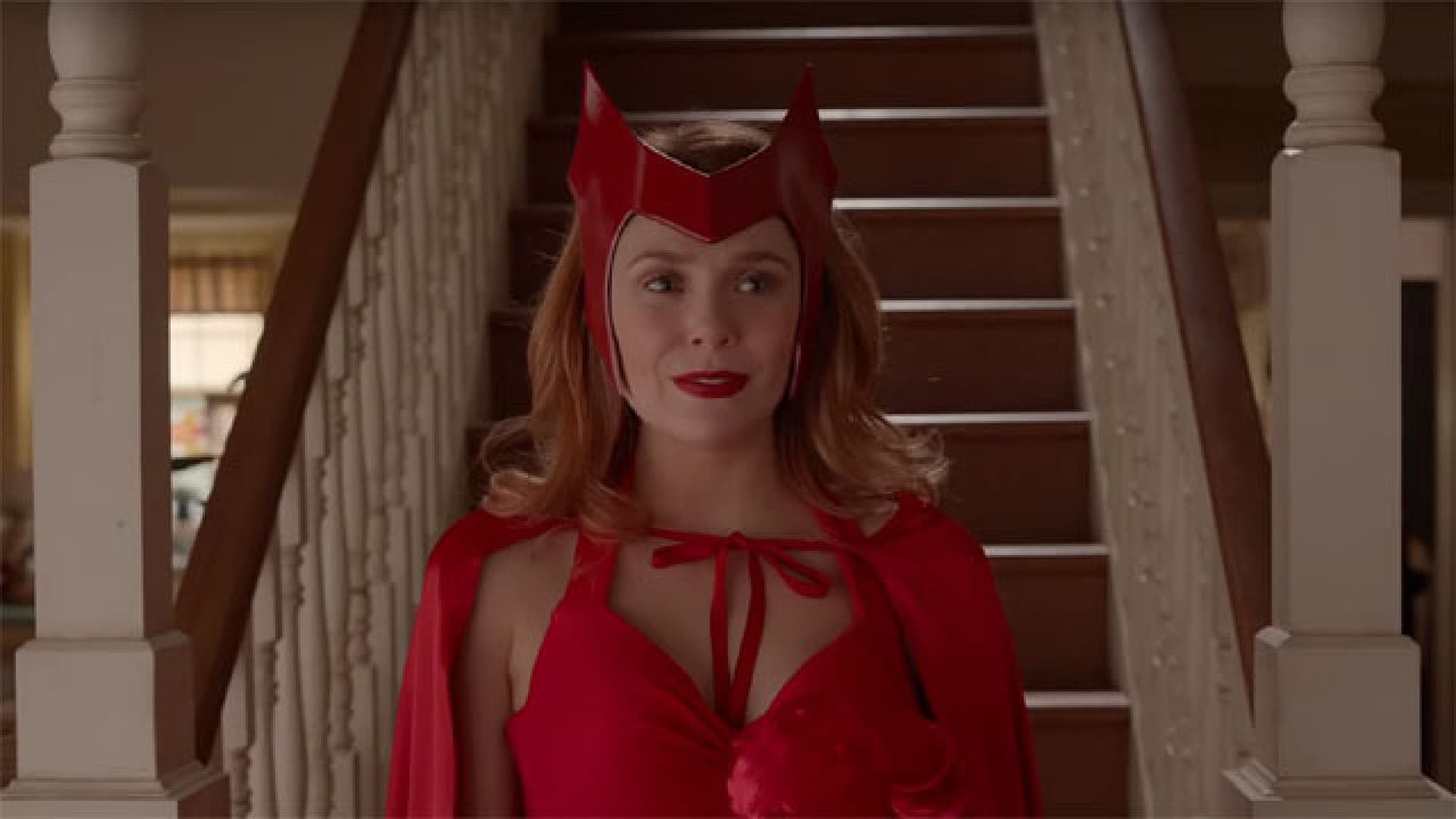 Should fans of Marvel’s new WandaVision series steel themselves for a shock ending to the season? Elizabeth’s Olsen’s comments in a recent interview suggested a jaw-dropping season finale was being crafted, reminiscent of the Mandalorian’s surprise cameo (spoilers ahead).

When asked if WandaVision was casting an unexpected guest, Olsen simply answered “Yes,” but remained mum about the details.

Speculation was rife in the weeks leading up to The Mandalorian’s Season Two finale, with guesses about which fan favorites would show up. Audiences had already been treated to appearances by Boba Fett from the original trilogy and Bo Katan and Ahsoka Tano from the Clone Wars and Rebels animated series. Reeling from the heartbreaking good-bye between Grogu and Din, one last gasp was elicited by the cloaked entrance of Luke Skywalker, thanks to the magic of CGI.

WandaVision too also has had its share of special appearances. Just a few episodes into the series, FBI agent Jimmy Woo and Dr. Darcy Lewis walked in from the Marvel Cinematic Universe. Now fans are wondering: What is the identity of the next MCU veteran whose dramatic entrance could break the internet?

Benedict Cumberbatch as Doctor Strange is currently the betting favorite. Olsen is slated to play the Scarlet Witch in Doctor Strange in The Multiverse of Madness, so a tie-in would be congruent with the storyline.

It’s also possible that the mutants may show up now that Disney has bought the rights from Fox. Magneto, played by Ian Mackellen, may have a reunion with his daughter, Wanda. Perhaps Pietro, Wanda’s dead brother could appear. Would we see actor Evan Peters, from Fox’s Quicksilver, or actor Aaron Taylor Johnson in that role?

Speaking of different actors playing the same character: if Spider-Man shows up, which incarnation of Peter Parker should audiences expect? It’s possible that both Tobey Maguire and Andrew Garfield may reprise the role, as Spider-Man 3 is rumored to include all three actors, including the current actor wearing the suit, Tom Holland.

With five episodes remaining, viewers can only speculate about which MCU character will have its shot at a Luke Skywalker-level notoriety at season’s end.