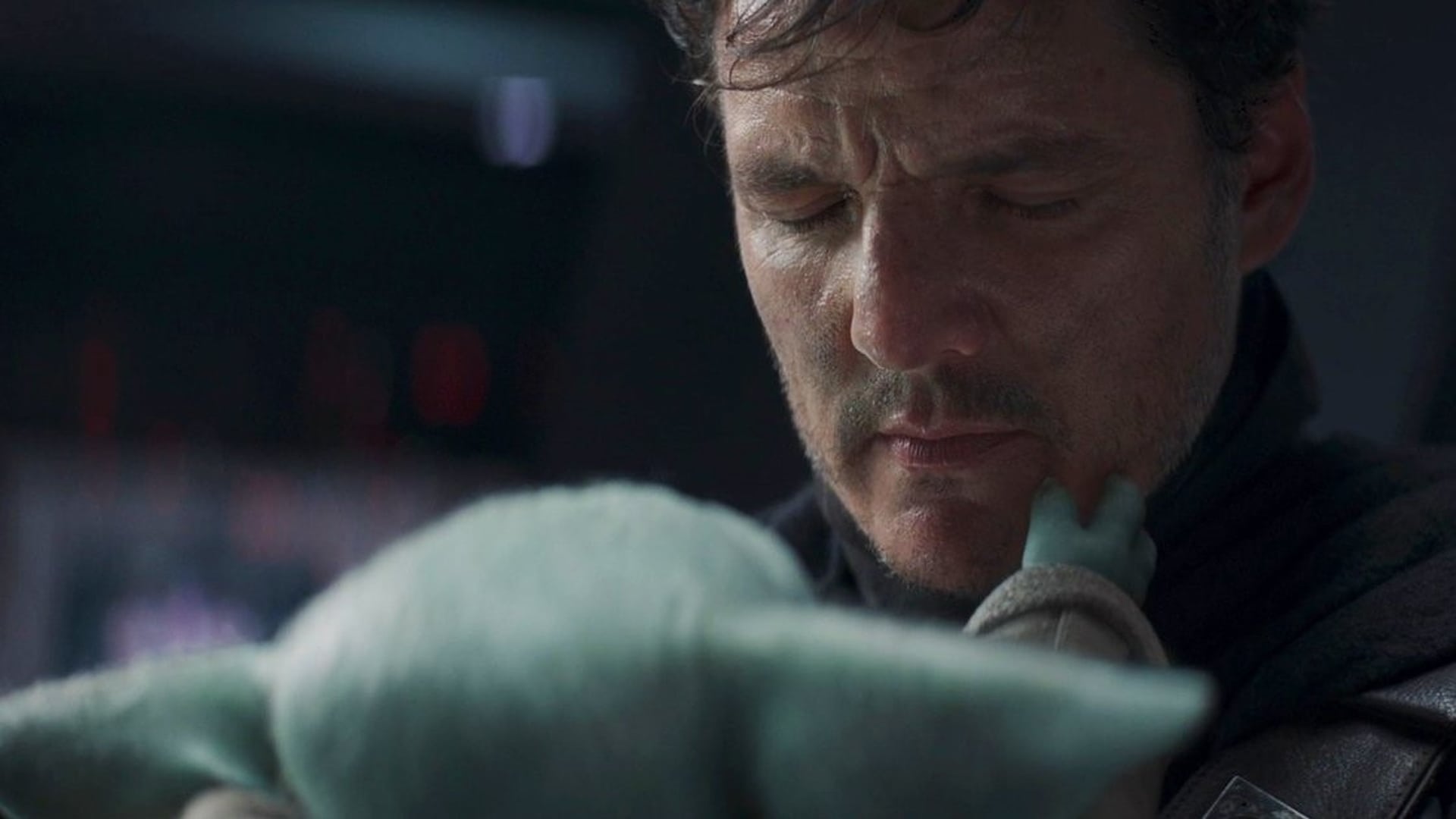 Actor Pedro Pascal has won over audiences for his nuanced portrayal of Din Djarin in the Disney+ series, The Mandalorian. Described as a “lone gunfighter that makes his way through the outer reaches of the galaxy, far from the authority of the New Republic,” the masked anti-hero conveys emotional depth while rarely showing his face.

In the lead (human) role of an intergalactic hit, Pascal plays a battle-hardened bounty hunter who breaks his tribe’s code to protect his tiny green quarry from the remnants of the Empire. Din Djarin’s resolve to remain detached from the foundling, Grogu is tested as he becomes both his chauffeur and surrogate father. The warrior’s tenderness for his ward reveals the chinks in his emotional armor, all while Pascal wears a full set of armor.

Grogu, or “Baby Yoda”, as the internet lovingly christened the Child, singlehandedly revitalized the Star Wars franchise, uniting a fanbase divided by beloved and maligned prequels and sequels. “It is why I wanted to do this show,” Pascal says. “Selfishly, I knew [the Kid] was likely to make people fall in love with the show.”

Pascal’s rise to fame rode on the comet’s tail of Grogu’s immense popularity.  However, Pascal was no stranger to acting. Among his breakout roles, he played Oberyn Martell on Game of Thrones and DEA agent Javier Pena on Netflix’s Narcos. Most recently, Pascal appeared in the superhero flick Wonder Woman 1984.

His turn as the unctuous villain Maxwell Lord, who he describes as a “self-made guru and dream seller,” was a radical departure from his stoic and restrained performance in The Mandalorian. His over the top, mustache-twirling effect was by design.

“With Wonder Woman, [Gal Gadot and Kristen Wiig] are doing the action, baby, and I’m doing the schm-acting!” Pascal says. “I am hamming it up!”

Mandalorian Season 3 is scheduled to begin filming after Jon Favreau completes the new Boba Fett series. Will Mando and Grogu have a cameo, since both shows are set in the same timeline? Pascal wouldn’t reveal details but did tease that “I am told what’s happening and what the plan is, but I can’t share it. They are in the expansion of this world, where there are so many unexpected surprises and timelines that are going to be dealt with. If the character were to cross over into these worlds, it will be utilized in a way that isn’t meant to be expected. I wouldn’t want to spoil the surprise of whether or not characters from the show we already know are crossing over.”

Mandalorian’s emotional Season 2 finale featured the appearance of a renowned Jedi Knight who annihilated a platoon of Dark Troopers and whisked Baby Yoda away to begin his training. In the tearful goodbye, Din Djarin breaks with Mandalorian code and removes his helmet, allowing the gifted Child to touch his face. “I’ll see you again,” Din tells Grogu. “I promise.”

The action-packed finale left fans sobbing; Grogu was the first being to touch Din Djarin’s face since he swore to uphold the creed as a young orphan.

“We follow this story for two seasons,” Pascal says. “There’s this bond that grows between the two of them. He tries to not let himself soften, but he cannot help himself. This practical story logic brought something else about that moment, what it would mean to touch his face.”

Where does the series go from here? Will Mando and Grogu be reunited? Now that Mando won the Darksaber through combat, will his next quest see the adventurers battling to reclaim the Mandalore planet?

Ultimately, fans will have to wait until 2022 for answers. Until then, fans can hope to get a glimpse of the 50-year-old, frog swallowing toddler and his planet-hopping protector on another series in the Star Wars universe.

The Return of the Bounty Hunters: Fan Favorites Rumored To Appear in ‘The Book of Boba Fett’